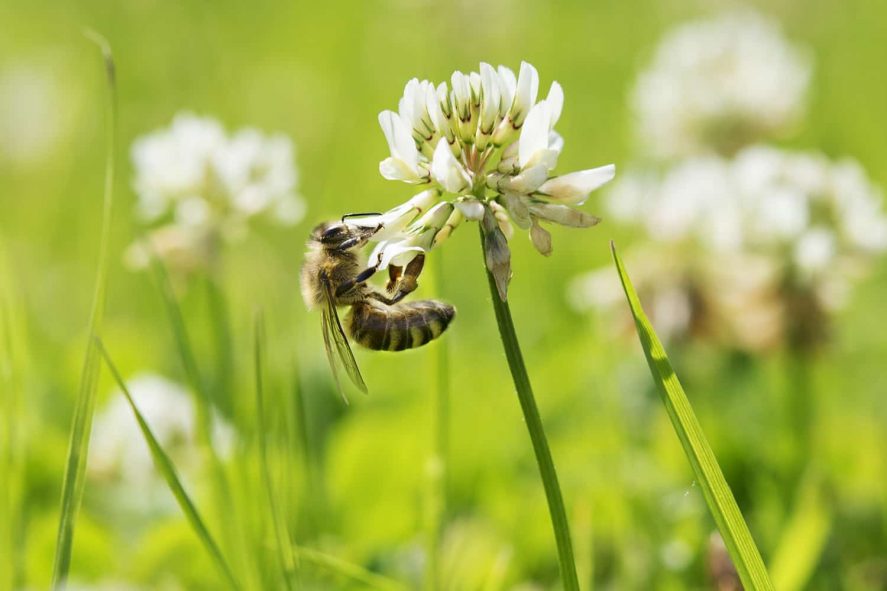 Viburnum beetles like to eat the leaves of some species of viburnum plants, which can cause serious plant damage. In late April to early May, overwintered viburnum eggs hatch to produce creamy-yellow larvae with black markings that are up to 8mm long.

These larvae feed on viburnum leaves until mid-summer when they move into the soil to pupate. Then, in July and August, the adult viburnum beetles (which measure around 4-6mm and are greyish-brown in colour) emerge and begin to feast on the leaves, while preparing to mate and lay their eggs.

You’ll usually know if you have a viburnum beetle infestation because there’ll be lots of small holes all over the leaves of your viburnum plants, and you might also notice a nasty smell, caused by the larvae excrement.

The best way to prevent damage to your plants without using chemicals is to pick off the larvae by hand and destroy them. To learn more about viburnum beetles and how to control them, check out this article from Notcutts.

Like viburnum beetles, lily beetles and lily beetle grubs will nibble away at plant leaves – in this case, the leaves of lilies, fritillaries, and other members of the lily family Liliaceae. Left to munch, these tiny beetles can ravage plants in just a few days.

Lily beetles are bright red, but will often appear dirty red in colour because they cover themselves with their own excrement to ward off predators. Adult lily beetles emerge from the soil between March and May after a long winter, and begin to feed on lily plants.

Once they’ve got their strength up, they lay their bright red or orange eggs on the underside of plant leaves between April and September. Although only around 8mm in size, lily beetles can lay up to 450 eggs at a time.

Eggs typically hatch a week after being laid and the larvae begin feeding on lily foliage. The larvae look like reddish-brown grubs, but will usually disguise themselves by covering themselves in their own excrement, so will sometimes look like tiny piles of brown poo! When they’re fully mature, they move into the soil to pupate, and the next generation of Lily beetles emerges in spring the following year…

Lily beetles can be hard to catch because as soon as they sense movement they drop to the ground and lay on their backs – so if trying to remove them by hand, it’s best to place one hand underneath them to catch them as they fall. For more tips and advice on how to control Lily beetles, check out this article from BBC Gardeners’ World magazine.

Alternatively, to find out what other common garden pests to look out for, have a read of this information from the RHS.