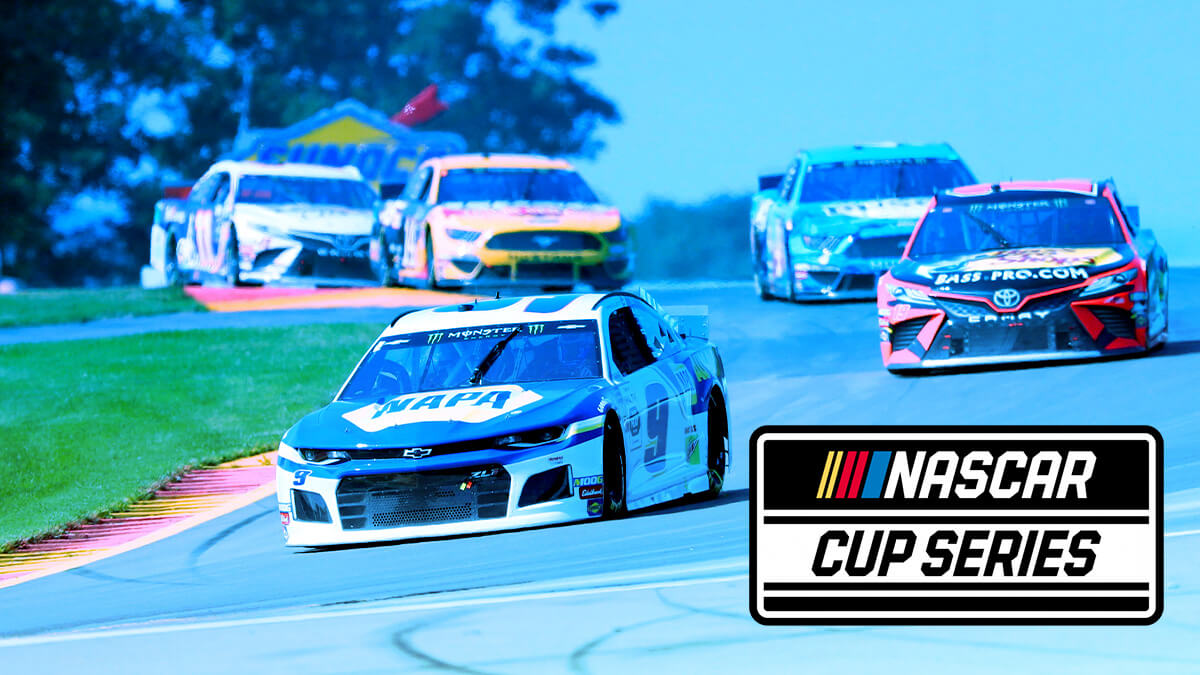 The first seven races of the 2022 NASCAR Cup Series season saw a different Driver win every week until Race 8 last Sunday when William Byron won his second race of the season capturing the Blue-Emu Maximum Pain Relief 400 at Martinsville Speedway.

And with Byron winning twice, that’s a good thing for NASCAR Cup Series betting and the fact that the odds favorites have done so poorly in the races in March and April means that the Championship is wide open, but obviously, making the Playoff cut at 16 is huge.

In Race 1 at the Daytona 500, Rookie Austin Cindric was the surprise longshot (28/1) winner, Chase Briscoe won Race 2, the Ruoff Mortgage 500 at the Phoenix Raceway, and in Race 3, Alex Bowman won the Pennzoil 400 here at the Las Vegas Motor Speedway.

Byron (15/1) won the aforementioned Quik Trip 500 at the Atlanta Motor Speedway and Race 5 and Race 6 was the EchoPark Automotive Grand Prix at the Circuit of the Americas in Austin, Texas, and Ross Chastain (20/1) was the winner in that one Sunday, March 27.

So longer shots have fared well this 2022 NASCAR Cup Series season and each race as well as the Driver’s Championship is wide open and two-time winner Byron is now the third favorite to win the points title, behind Larson (5/1) and Chase Elliott (+650).

And whoever wins this weekend in the 2022 Food City Dirt Race may suddenly be the new odds golden boy in a season which may change with every pit stop, restart, lap, and race with so much racing left in the Spring, Summer and Fall and a dozen drivers who can win.

The 2022 NASCAR Playoffs start with the CookOut Southern 500 at Darlington Raceway in Darlington, South Carolina on September 4, and will end in the Sonoran Desert with the NASCAR Series Championship Race at Phoenix Raceway in Avondale, AZ on November 6.

The NASCAR Championship Playoffs start with the top 16 drivers in the points standings qualifying for the 2022 NASCAR Playoffs and the final 10 races. Four drivers will then be eliminated after the first three races in the NASCAR Cup Series Playoffs later this year.

The drivers are then pared down from 12 to 8 and then on to a final Championship Four with those four drivers fighting for the title in the last race with the remaining driver that finishes closer to front winning the NASCAR Cup Series Championship crown. Vrooom.

All 2022 NASCAR Cup Series races this season are streaming on FOX and the App is Available on Smartphones and Mobile Devices, watching and legally betting—30 states in the US right now—on NASCAR is easier, safer, and quicker than it has ever been.

Oddsmakers the Car Racing-savvy online sportsbook BetUS still have Kyle Larson (201 points) as the favorite to win the 2022 NASCAR Series Cup championship at 5/1 but he was +350 last time we looked and anyone can win this thing with so much racing ahead.

After the first eight of the 26 NASCAR Cup Series races this year, it’s evident that no one can predict what might happen from any given Sunday to Sunday, and that’s good for both the sportsbooks as well as the rare NASCAR gambler that picks the right race winner.

Nailing the winner this year has been hard this year and the favorites in each race have not fared well at all. This Sunday, oddsmakers have Kyle Larson (+450) the favorite to win in the dirt at Bristol in what will be a great race to watch visually and challenging for drivers.

This 2022 NASCAR Cup Series season is shaping up to be a very competitive and entertaining one with a number of Drivers, Owners, and Teams very capable of winning their respective championships and a different Driver has won the last six seasons.

And now with the oddsmakers top three Favorites coming from Hendrick Motorsports, with Byron and his No. 24 Chevrolet Camaro ZL1 the third choice on the betting board, it will be hard for another team now to have a driver finish higher than a Hendrick driver.

Toss in talented teammate Alex Bowman (14/1 to win the 2022 NASCAR Cup Series Championship)—who might not be as well known as Larson, Elliott, or Byron—and this is an absolutely fabulous Hendrick Motorsports team that will likely provide the winner.

And with Hendrick Motorsports so dominant with the new NextGen cars delivering thrills and Byron having had the best average finish last season on 1.5-mile tracks and two wins under his safety belt means betting on Elliott and/or Byron now might be a wise wager.

The 2022 Daytona 500 Favorite Denny Hamlin (9/1 to win 2022 NASCAR Cup Series Championship) has a Win already in the Toyota Owners 400 at Richmond Raceway and the veteran NASCAR driver can’t be counted out but overcoming the three above him?

And don’t count out drivers like Kyle Busch (10/1), and brother Kurt Busch (187), but Kurt is currently sitting in 17th place—Kyle (221 points) is in 14th place—and wouldn’t make the 2022 NASCAR Cup Series Playoffs if the season ended today. But it doesn’t, Bubba.

So will we see a seventh different driver end up winning the NASCAR Cup Series Championship this 2022 racing season? Or will someone like odds favorite and last year’s winner Larson, Elliott, Kyle Busch, Logano, or Martin Truex Jr. repeat? Time will tell.

Hendrick teammates Byron, Elliott, and Bowman intrigue me most and I am sticking with Chase Elliot to win his second championship in three seasons as Hendrick Motorsports makes it three straight championships and an amazing 11 in the last 23 NASCAR seasons.