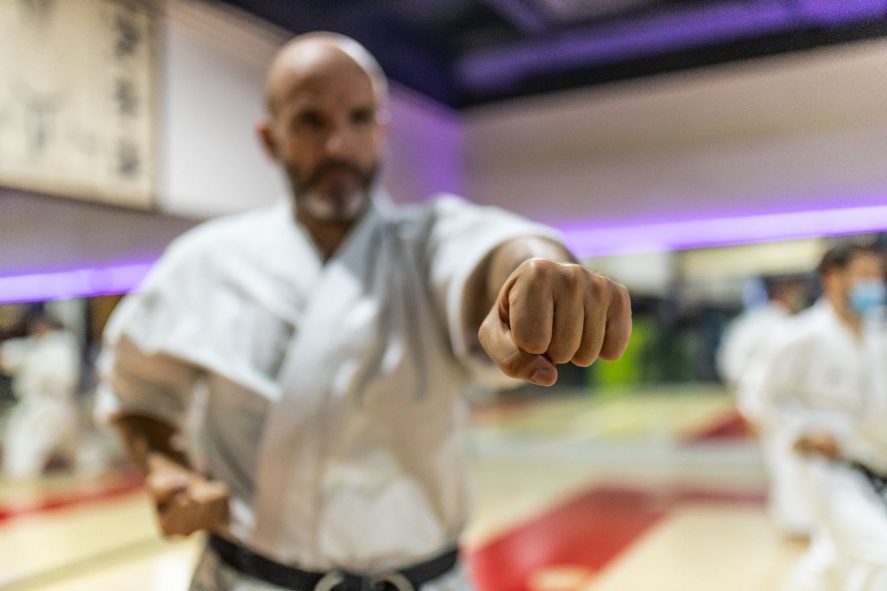 Krav Maga is a relatively young form of self-defence. Originally developed for the Israeli Army in the mid 20th century by Hungarian-Israeli martial artist Imi Lichtenfeld, it combines techniques from a variety of different martial arts, including Karate, Boxing, Judo, and Aikido.

Nowadays, it’s taught all over the world to civilians and is used by a range of law enforcement organisations and militaries.

Like many forms of self-defence, Krav Maga teaches its practitioners that the best way to win a fight is to avoid one in the first place. However, Krav Maga will equip you with the necessary skills to defend yourself in the event of an unavoidable physical altercation or life-threatening situation.

One of the main reasons why so many people are attracted to Krav Maga as a form of self-defence is because it focuses on real-life scenarios that a person could encounter in day-to-day life, such as what to do if someone attacked you with a knife.

Krav Maga is also less strict than other forms of self-defence. It doesn’t focus on set routines and patterns, and instead encourages its students to act on instinct and improvise. This means that in Krav Maga, anything goes – your only goal is to neutralise threats and protect yourself. There are also no showcases or competitions in Krav Maga, as it’s not a sport; it’s efficient and utilitarian.

Nonetheless, it’s worth remembering that real-life scenarios are hard to mimic in a classroom setting. And because some of the more dangerous moves – such as groin kicks – would hurt a great deal and maybe cause you or your fellow students serious harm, much of Krav Maga involves role-playing and practising fake moves.

While this makes it safer to train in than some other forms of self-defence, you can’t practise at full speed and intensity like you would be able to in forms like boxing and kickboxing.

To get a better understanding of the basics of Krav Maga, then why not have a watch of the video below?