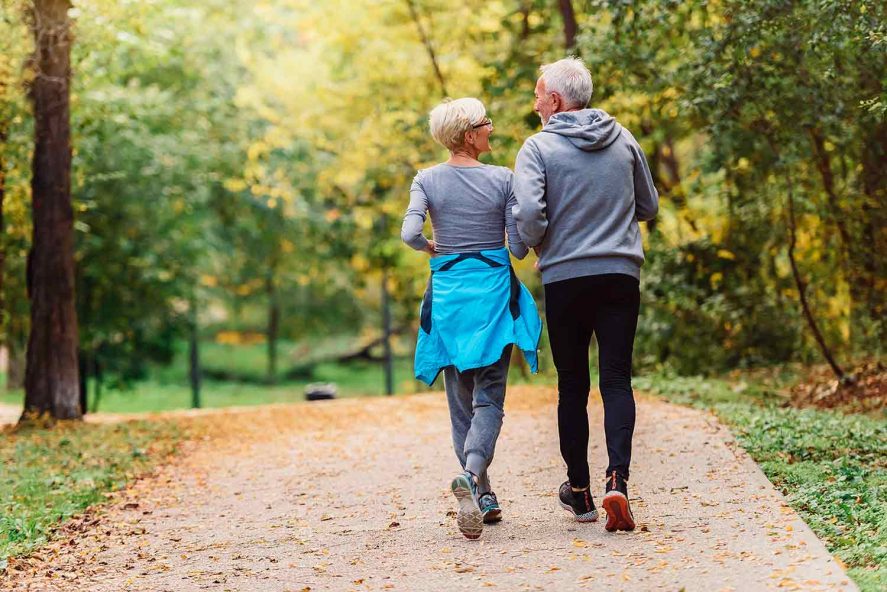 Like all physical activity, walking raises your heart rate and causes you to burn calories – making it a useful aid for healthy weight loss.

For example, in this study, participants lost an average of 7.7kg (or 10% of their initial body weight) after doing a brisk daily walk for six months. Another study found that obese women who walked for 50-70 minutes three days a week lost 2.7kg over a period of 12 weeks, compared with those who didn’t walk.

However, unlike high-intensity forms of exercise such as running, walking can be as intense as you want it to be. This makes it a great option for anyone wanting to increase their activity levels and lose weight – with arguably less effort!

For example, in this study, people burned an average of 89 calories per mile, which was only around 20% less than those who ran the same distance.

Walking is also good for those with busy schedules as it doesn’t require commitment to exercise classes – you can walk anywhere, anytime, and easily combine it with other tasks to kill two birds with one stone.

However, it’s important to note that while walking can help you to lose weight, it’s much more effective when combined with eating a healthy, balanced diet.

For example, in this 12 week study a group of obese people restricted their daily calorie intake by around 500-800 calories per day. One group walked for three hours each week and the other didn’t walk at all. While both groups lost a significant amount of weight, those who walked alongside their diet lost, on average, an additional 1.8kg more than those who didn’t walk.