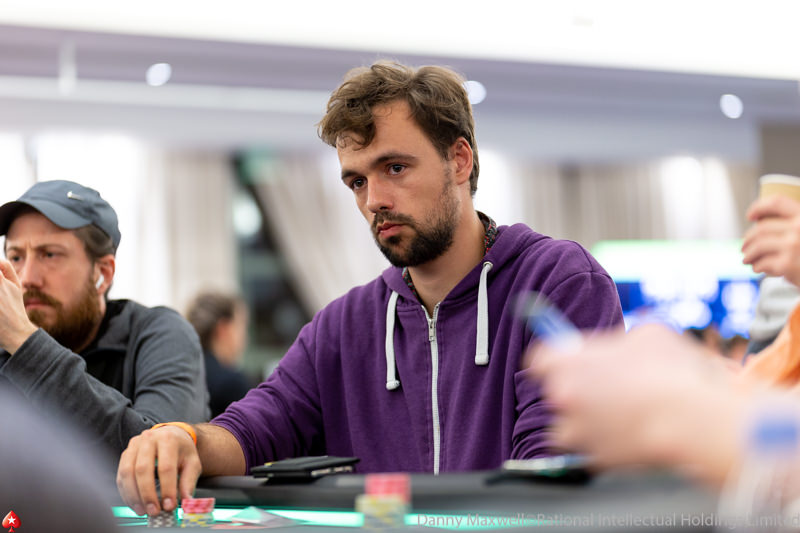 Norway enjoy another profitable night as a second hat-trick winner emerges, but Brazil too continue to crush. All the latest from the 2022 Spring Championship of Online Poker (SCOOP).

Double Sunday Millions; two new champs: An enormous Sunday Million, stretching into three days, finished up on Tuesday night and it offered Brazil yet another title. This time, the familiar green and yellow flag sat alongside the name of Rodrigo “RQuariguasi” Quariguasi, who won $148,282, including bounties. The tournament was huge: 3,048 entries of $530 apiece, building a prize pool of more than $1.5 million, the second biggest of the series so far. Quariguasi beat Ukraine’s “bombon73” heads up. The “low” version of this event was also a Sunday Million, with a buy-in of only $55. In that one, Sweden’s “AngieOmaha10” won $66,895, including bounties There were 21,080 entries to break that $1m guarantee.

_sennj_ wins battle of two-timers to hit three: There was a unique situation at the end of SCOOP 74-H last night where both of the final two players had already won two SCOOP titles this year. The game was 2-7 Single Draw, with a $530 buy-in, and the two players were James “TheDrunkLife” Whittet, of Hungary, and Norway’s “_sennj_”, both aiming for a SCOOP hat-trick. This time, the title went up there to Scandinavia, as do so many mixed game titles, as _sennj_ managed to close out for a $16,263 haul, including bounties. _sennj_ has previously won a $1K limit Omaha 8 title and a $1K limit hold’em event this year, so hits the hat-trick. This time last year, they won a $2K limit 2-7 triple draw. So that’s four SCOOP titles overall, three this year.

Chillolini wins battle of the stud studs: We mentioned in yesterday’s SCOOP round-up that the $1K Stud final taking place on Tuesday night was possibly the most decorated final table ever assembled. The players at it had 26 combined previous titles. You can make that 27 now, of course, with the latest bling heading to Norway and the home of “Chillolini”. Although probably the least well known of the major title holders at the table, Chillolini nonetheless had three previous titles, one from a draw tournament in 2016 and two from last year, in draw again, and 8-Game. This Stud title banked him another $17,500 and put him in the four-time club. Ole Schemion bubbled in eighth, Tobias Leknes went out in seventh, Patrick Leonard was sixth and Benny Glaser fourth. Chillolini beat Ukraine’s “youre” heads-up, and youre also finished second in the medium version of this event, losing to Germany’s “Faithhealer_” heads-up. That’s a pretty impressive double performance, even if it earned no titles.

FishOnHeater’s hot streak is real: At least one part of “FishOnHeater”‘s screen-name is accurate: the heater part. This Hungarian player, who is clearly not a fish, won his second title of this year’s SCOOP last night in the latest $5K High Roller. This came two weeks after a previous victory in the first $1K Sunday Cooldown of this series, and that adds $132,608 to the $68,630, including bounties, won the first time. FishOnHeater now has career tournament earnings of more than $2.6 million, according to Pocket Fives, but this was the second biggest single win of their career. FishOnHeater also becomes yet another double champion from this SCOOP, a tally that has now risen to 16 (including two three-time winners). Dalton “daltonhb” Hobold was denied a second career title, beaten into second place in this one.

Ole Schemion is looking for the hat-trick tonight

It should be noted that Niklas “Lena900” Astedt is currently chip leader in a big PLO event overnight, and Simon “C. Darwin2” Mattsson is deep in two other events. Both those Swedes already have a title. Oh, and Ole “wizowizo” Schemion is leading the $1K Super Tuesday “medium”, looking for a third.

We are into the final full week of SCOOP and the Stat Tracker is still spinning up and up.

(Note: Stats from completed tournaments only)

Top streamers tend to be incredibly honest about their results. And even when they’re keeping things hidden, they’re open about that too. Here’s Fintan Hand with more:

Chat: Why don’t you show your buy-ins like the other streamers?

Fair play to the streamers that do it every day but I just couldn’t bring myself to be looking at that all day.

Spraggy has noticed a trend. He has a hand, everyone folds. He doesn’t, everyone is all-in. Here’s proof, from the $320 SCOOP side event last night.

Brazil are through the 50 barrier, and with it they set a new mark for post Black Friday achievement in the world of SCOOP. The all time record is now just a matter of time.

The top five in the overall leader board are all now past the 1,000 point mark, but Patrick “pads1161” Leonard is looking to have an even tighter lock than ever before. Leonard is now 300 points clear, and cruising to Player of the Series honours.

Here are the latest top fives. Full standings are available on the main Player of the Series page.

It’s the one you’ve all been waiting for: the fixed limit badugi! Wait! Come back! No, seriously, if you fancy giving that particular variant a spin, you can get in for $11 — and there’s also a big HORSE event tonight. A couple of hold’em events just to keep everyone happy.