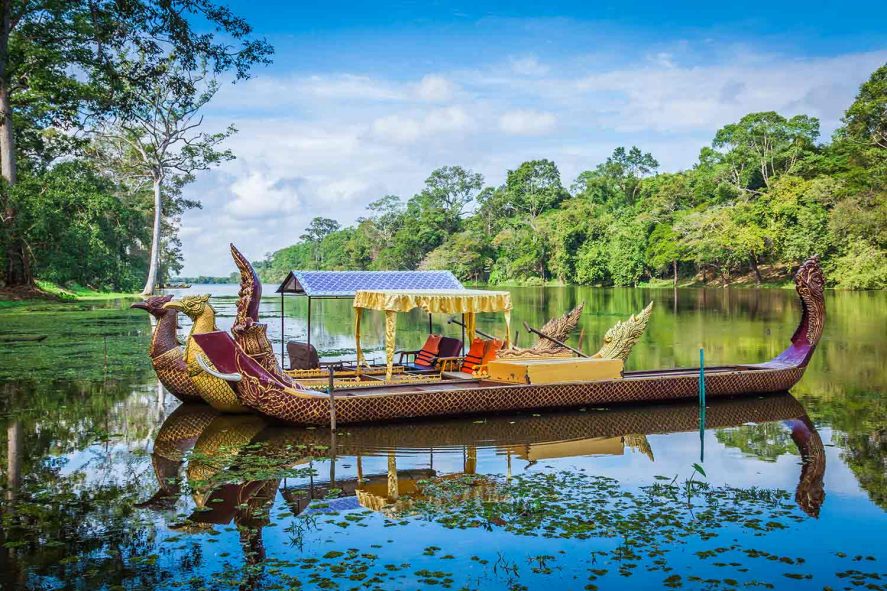 From the 9th century to the 15th century, Cambodia was one of the most prosperous civilisations in Asia. The Khmer Empire ruled much of what is now Thailand, Vietnam, and Laos – and the Khmer kings famously fought off numerous foreign armies and constructed hundreds of Hindu and Buddhist temples. These temples were unrivalled in scale and size, and today they remain just as impressive.

After this long, healthy and wealthy period of history, Cambodia came under pressure from European colonial powers, and from 1863 it was under French rule. In 1953, Cambodia won its independence and for the next few decades, it was a prosperous and self-sufficient country. However, its stability was shaken by the Vietnam War, and in 1975 the government was overthrown by the Khmer Rouge (a radical communist movement).

The following years are known as the “Reign of Terror”, and it’s a painful chapter in Cambodia’s history. Under the dictatorship of Pol Pol, academics were forced into farm work, erasing an entire generation of creativity and talent. It’s also estimated that 1.7 million people were killed – a quarter of the population. In 1979, the Khmer Rouge were finally overthrown and Cambodia regained its independence.

Being aware of Cambodia’s history and understanding what it’s gone through in relatively recent years is fundamental to experiencing what the country is all about. Not only does it give context to a lot of things (you might notice, for example, that there are very few elderly people), but it also highlights what’s so special about this country and their people.

Years of bloodshed and poverty haven’t damped the spirit of the Khmer people, and it’s impossible to leave Cambodia without feeling enormous respect and admiration for this captivating kingdom.