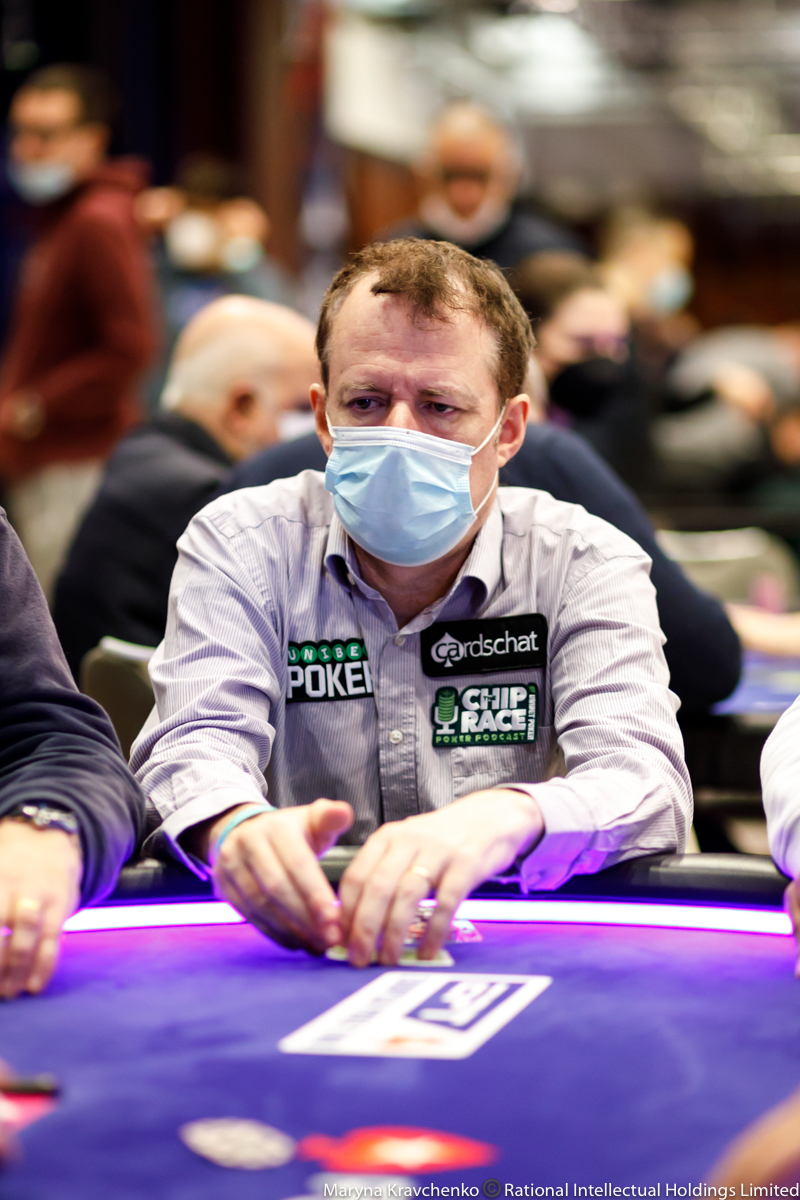 The Irish poker pro, author and satellite specialist Dara O’Kearney takes a look at a relatively form of satellite tournament, recently offered at EPT Prague. Fancy winning your seat during the first orbit of the sat? Maybe target-stack satellites are the answer…

Let’s say 100 players enter the tournament with 1,000-chip starting stacks and one player in 10 gets a seat. In the old satellite format 10 players win their seat when 90 players are eliminated. Qualifiers could have a 20,000 stack or literally just an ante. It wouldn’t matter. In the new format each player would win a seat when they get their stack to 10,000 chips, regardless of when that happens. They could literally win their seat in the first orbit.

This format looked very popular when I saw it at EPT Prague and I think it could become a hit going forward. There is no stalling in these events which is an obvious benefit. You can win your seat quickly too, which is much nicer and also good for liquidity in general if it means players can register for the target event sooner.

There is a big strategic adjustment required compared with regular satellites, where survival is key. It doesn’t matter how big your stack is if you beat the bubble in normal satellites, so in those tournaments a big stack can exert ICM pressure on short stacks, desperate to survive.

The opposite is true in this new format. The chip leaders are the players with everything to lose and little to gain. If you have 8,000 chips in the example above and a short stack shoves for 2,000, you really don’t want to call and risk the gains you have already made. It really is a format where the short stacks can pressure the big stacks.

It is similar to heads-up cash challenges like the Galfond Challenge, where once Phil Galfond reached a particular target he was better off folding 100% of his hands rather than risk losing the ground he already made by playing meaningful pots.

Until you get to 50% of your target stack, the strategy is essentially ChipEV, i.e., there is no ICM pressure on you. You should play your hands exactly as you would in a cash game and not pass any profitable spots. However, as in the example above, you can exert ICM pressure on players who are near to the target stack.

This is where a short stack can pressure a big stack. This is what is known as a “rubber band effect” in games, where the better a player does the easier it is for the player behind to get back in the game (pool is a good example of this). Let’s say a shorty has 1,000 chips and the chip leader has 9,800. The short stack is only risking one buy-in’s worth of chips if they shove into the chip leader. If the leader calls they can only win 200 chips but are risking 1,000, so they would need 80% equity to justify the call. That is usually only aces.

In the example above, if the leader called and won they would only win the 200 chips they need for a seat and the remaining chips would be redistributed back into the tournament. The PokerStars version redistributes them equally among the other players at the table.

You have to take a chance at some point

At some point the chip leader has to acknowledge to themselves that they will need to take a worse-than-ICM spot to get over the line. They might need 2-to-1 equity but decide that taking a 60/40 is their best chance at winning a seat, otherwise they risk sliding back down the chip rankings. The best time for anyone to win a seat is when they have exactly 50% of the target stack. A double up now will win them a seat and they only need 50% equity to justify risking elimination.

There is a bounty element in some of these satellites which might fix the tough spot the chip leaders find themselves in. If the buy-in was €1,100 with a €500 bounty to win a €5,000 seat, the bigger stacks can keep ploughing on and playing loose to also win the bounties. If a player with 75% of the target can pick up €1,500 in bounties on their way to the target, they have a reason not to play so tight.

It’s very much in my interest to rail against a format like this because I am the author of Poker Satellite Strategy, which covers everything you need to know about the traditional satellite format. However, I really like this new format and think it could prove popular. I think the format will need a few tweaks before it reaches a final form and perhaps the traditional format is much better suited to recreational players because this “chip accumulation” format suits professionals more.

Either way it’s good for poker when formats change to keep them fresh and tough to solve, and I look forward to playing more target stack satellites this year.

Dara O’Kearney is a professional poker player and the author of Poker Satellite Strategy.