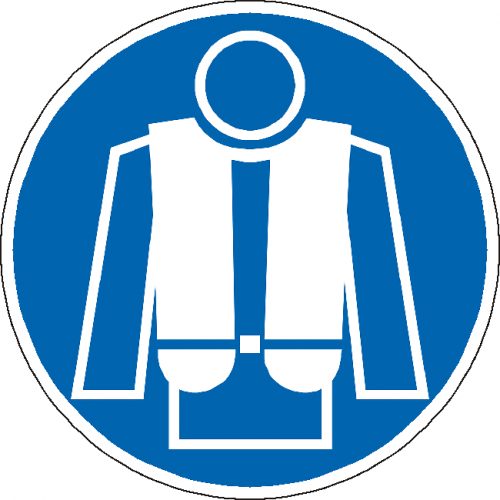 With the World Series of Poker fast approaching many professionals and hopeful recreational players alike will be looking to hone their respective skills and follow in the footsteps of players like Phil Ivey as the summer bonanza of live poker kicks off in Las Vegas. Though in truth, the WSOP isn’t the only show in town anymore as there seems to be a big live tournament or tournament series going on somewhere in the world basically every weekend.

The continuing growth of live tournaments has seen many swap priorities from the online felt to the live arena so as a poker player these days it’s extremely important to prepare yourself and your poker bankroll properly for the ‘grind’ that is being a live MTT player. So here are a few tips to help you crush it at the live poker tables.

Let’s face it, as a society we are addicted to our smartphones. We look at them constantly, taking in a steady stream of information from the internet and beyond. This a habit you need to break at the poker table. As it’s the information from our opponents that we want to pick up, not the latest debate trending on Twitter.

By paying attention to the table you can:

Analyse hands you aren’t involved in and predict what your opponents might turn up with at showdown. Subsequently, getting extra insight into their betting patterns.
Become aware of the different emotional state of your opponents. For example, are they tilted after losing a big pot? Overconfident due to winning the last few pots? Tired looking? Distracted? Recognising different states in your opponents can give you an extra edge on the live felt.
Pick up some body language and physical tendencies from the players at your table. Perhaps a player looks at their cards as soon as they are dealt and then struggles to hide the fact that they have 73 offsuit. It’s hard to pick up physical tells on players but many players will display body language which reflects their attitude to the hand, whether that be before or after the flop. Look for patterns in your opponents’ behaviour!

Don’t Slack on the Life’s Essentials

Due to the brutal nature of live MTTs where you will be sitting down for up to 12 hours a day for what could be a few days on end, it’s crucial to ensure you look after your mind and body during this gruelling experience. Here’s a way to do that.

Sleep: With adrenaline running high, especially near the final table, it’s sometimes nigh on impossible to get a good nights sleep as you dream of running up your chip stack tomorrow. But if you can get anywhere near 7 hours sleep that’s a good target to go for as it’s been proven that getting at least 7 hours sleep benefits brain function and lets you perform at your best. While getting a sloppy 5 hours will leave you lethargic when you need to be as sharp as ever.

Controlling caffeine intake: How much coffee you choose to guzzle down over the course of the day will, of course, affect your sleep. So try to avoid drinking coffee in the last few levels of the day, as this will make it even harder to sleep that night. Managing your caffeine intake is crucial if you want to remain level headed and as near to your peak performance as you can be.

Move: Whether it’s a quick run or 30 mins in the gym before you play to try to get some exercise in before you hit the live felt. Exercise helps nerves and anxiety. Exercise will be keeping you ticking over while you potentially sit an uncomfortable chair for up to fifty hours! Even if it’s a seemingly tiny amount, move your body and get it pumping. It’ll make those river decisions just a little bit easier.

Feed the brain: Though poker players are not traditionally known to the most athletic types, it’s important to watch what you consume while you play. Avoid heavy amounts of carbohydrates that might leave you bloated and lethargic. Research foods that help your body tick over in the short term. You want to feel fresh at the table not like it’s Christmas Day afternoon and you feel like a nap!

Fight the Creeping Monster that is…Boredom!

Though films like Casino Royale make poker look glamorous, in real life poker is called the ‘grind’ for a reason. It’s a real grind sometimes! Unlike the online arena where hands are dealt quickly over multiple tables, live poker means you’ll likely be dealt around 20-30 hands per hour. And statistically, that means they’ll be regular periods where you’re dealt complete garbage. 84o. J5o. T4o. K…3o.

Just give me a good hand!

Going card dead can often lead to bad decisions in regard to your pre-flop hand selection.

For example. You are dealt KTo under the gun 9 handed. It’s a fold. You know it’s a fold. But you haven’t played a hand for 40 mins and you don’t want the fish to think you’re too tight.

You then make a huge mistake in the hand as you’ve played a weaker hand than normal from early position. You lose 25% of your stack for no reason. You’re annoyed, you feel like you need a breather. You are then immediately dealt a hand in the big blind you need to play but you end up playing the hand poorly again as you’re still thinking about the KTo disaster.

Don’t fall into the live poker trap of boredom!

Instead, think about hands you might raise even you are folding this time. Stare at the wall. Analyse the hand being played and guess the players’ holdings. Dream of winning the tournament.

Do Anything to Avoid Playing Hands you Usually Wouldn’t!

So I hope you found his quick guide to navigating the long days of live MTT poker helpful. If you even follow just a couple of these tips your chances of making a deep run will increase! There are more juicy live tournaments than ever so make sure you are ready to crush them and take advantage of this fact!