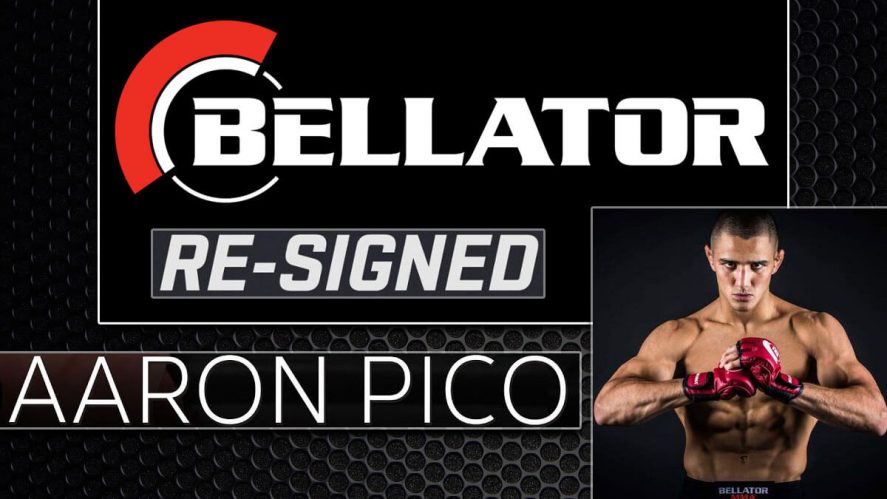 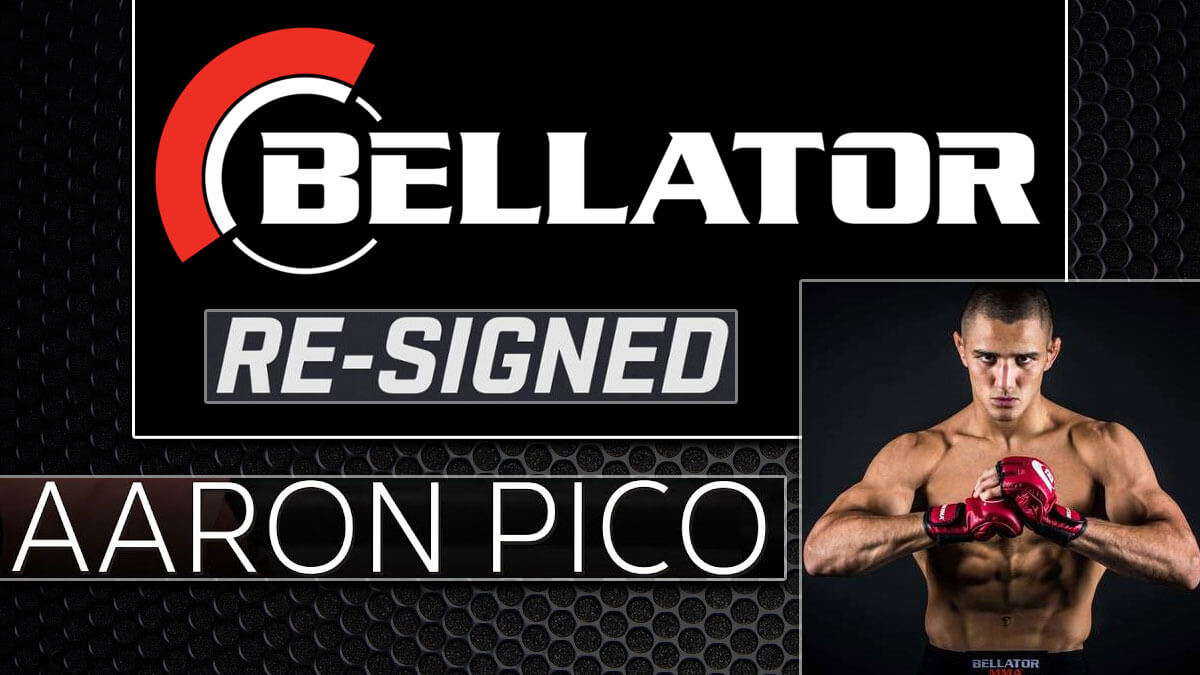 Aaron Pico has gone 12-3 in Bellator since joining the promotion in 2017.
Pico recently signed a new multi-fight, multi-year deal with Bellator MMA.
Aaron Pico’s next fight in Bellator has not yet been announced.

Bellator MMA is home to some of the most exciting prospects in all of MMA. That includes Aaron Pico, who many feel is a future champion at 145 pounds. New reports have just surfaced claiming Aaron Pico’s next fight will be taking place in Bellator MMA.

Many were curious to see whether or not Pico would attempt to move into the UFC. That is not the case and he will remain on the Bellator roster for the foreseeable future.

Here’s what you need to know about this situation.

Sources Confirm Aaron Pico’s Next Fight Will Be in Bellator

Bellator MMA has grown over the past decade into one of the largest and most successful mixed martial arts promotions in the world. A huge number of superstars have emerged from this promotion. Names like Michael Chandler, Eddie Alvarez, and Douglas Lima come to mind.

Aaron Pico is thought of by many as the next big thing in this promotion. He has been on the Bellator roster since 2017, having already fought 12 times in Bellator. He is now on a five-fight win streak with four of those wins coming via stoppage.

Pico’s contract with Bellator was coming to an end and fans around the world questioned whether or not he would make the move to a different league. That does not appear to be the case. Reports have confirmed that Aaron Pico’s next fight will take place in Bellator MMA, as he has just agreed to a new multi-fight, multi-year deal with the promotion.

Breaking: Aaron Pico has agreed to a multi-year, multi-fight deal with Bellator https://t.co/UWMjRKmUnH

There is no doubt that officials within Bellator see a bright future for Pico. They likely gave him a very lucrative contract as a way to keep him on their roster. Specific details of his new contract have not come out.

Bellator has already hosted several major events this year. Soon, the promotion will return with a stacked fight card featuring a number of superstars. Let’s check out the odds for this upcoming event.

Breaking Down the Odds on Bellator 277 Online

Bellator is perhaps the world’s best promotion at turning bright young prospects into high-level champions. AJ McKee is the perfect example of this fact. He entered Bellator back in 2015 as an 0-0 prospect and is now the champion at 145 pounds with a perfect 18-0 record.

On Saturday, April 18, McKee will return to headline Bellator 277. He is slated to take on Patricio Freire, the man he earned the featherweight title from last year. BetOnline is now offering odds on this entire fight card online.

In the main event, AJ McKee is listed as the -210 favorite. Freire is coming into this title fight as the +170 underdog. McKee won the first fight inside the first round and many feel that his youth, explosiveness, and skill will allow him to do it again later this month.

In the co-main event, light-heavyweight superstars Corey Anderson and Vadim Nemkov will be competing for the belt at 205 pounds. Nemkov (-180) has been dominant through his Bellator run and has a TKO win over the heavyweight champion, Ryan Bader. Anderson (+150) has transitioned well from the UFC to Bellator, going 3-0 in the promotion since 2020.

This entire card is loaded with fun matchups. The odds for these bouts are offering fans some huge opportunities to cash out, too. Head over to BetOnline today to see some of the odds for this fight card today.

Who Will Aaron Pico Fight Next in Bellator?

Aaron Pico struggled early into his career with Bellator MMA. Despite being an extremely skilled boxer and wrestler, he tough took losses to several of his opponents. Pico is now on a five-fight win streak and seems to truly be in the prime of his fighting career. Fans are trying to decide who Aaron Pico’s next fight should come against.

It won’t be long before Pico is thrown into the top-5 of the featherweight rankings. A bout against Daniel Weichel, who is ranked 8th in the division, would be a very interesting test. Daniel is just 1-2 in his past three bouts, yet would present some very interesting problems for Pico on the feet and on the mat.

A fight against Mads Burnell, ranked 3rd, would be interesting, too. Burnell is coming off a hard-fought loss to Adam Borics in his last bout. He is a very strong grappler and certainly has the skills to catch Pico in a submission. Most online sports betting sites would still list Pico as the favorite, though.

Some even feel that Pico could soon fight for the belt at 145 pounds. A fight with AJ McKee would certainly be one of the biggest in Bellator’s history. Fans will need to wait and see how the bout between McKee and Freire plays out, first.

Are you excited to see Aaron Pico’s next fight? Who do you want to see him matched up against? Let us know in the comments section below!