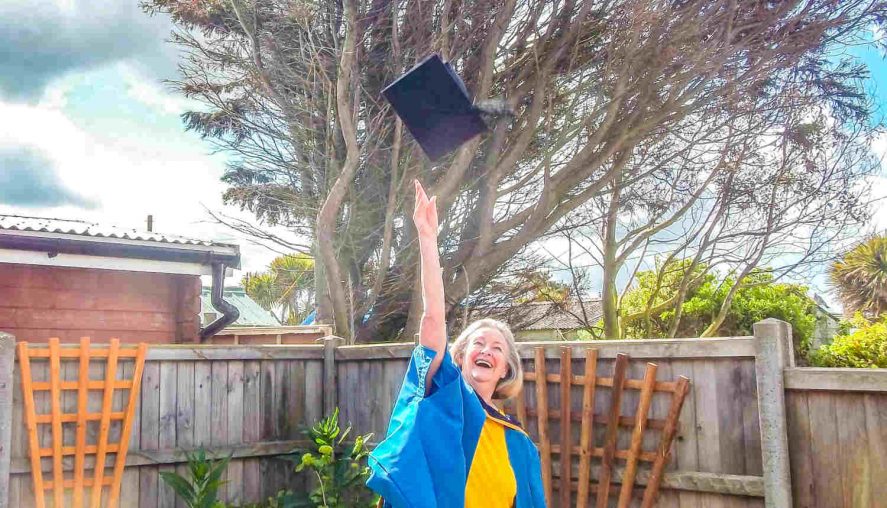 Throughout her life, Moya has struggled with her mental health – which she believes was exacerbated by her strict religious upbringing.

Since she was young, she describes having what she calls ‘sporadic episodes’, where she’d experience flu-like symptoms and terrible mental malaise. But Moya’s struggles came to a head when she suffered a severe mental breakdown…

Moya explains, “On the 5th of January 2000, I came home from work and it was like switching off an electric lightbulb. I literally couldn’t move.

“I’d gone upstairs and planned to go from the bedroom to the bathroom. But I simply couldn’t make it. I just froze on the landing. And when my phone rang, I did something like when a dog goes around in circles, chasing its tail and whimpering. For six years after that, I couldn’t go out into my back garden.

“Interestingly, I wasn’t completely housebound and could still go out the front. I even flew to America and carried on going out in my car, though I spoke to very few people – only family, really. I just couldn’t bring myself to go out into the garden. Sometimes I managed as far as the french doors that looked out onto the garden, but I couldn’t draw the curtains. And then when I finally did, I could only sit there and stare out through the glass.

“Then one day, I thought, ‘This is ridiculous’, and I willed myself to open the doors, go outside, and sit at the top of the garden steps. For 30 seconds, I was fine, but then I was overcome with such a feeling of shame, as if I shouldn’t be there and I hadn’t the right. So I came back in.

“There’s no explaining it; the human mind is extraordinary. After that incident, it took me around a year to step back into the garden.”