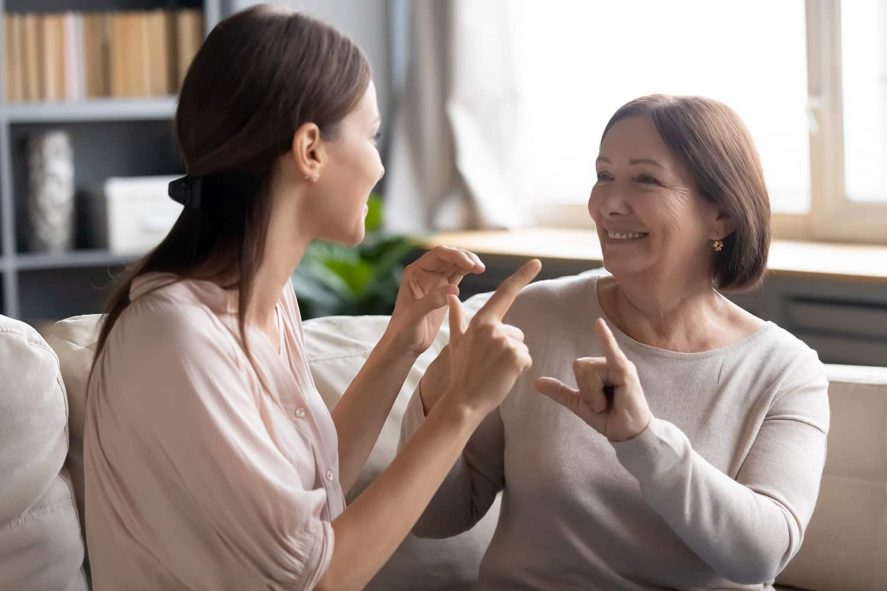 In the UK, British Sign Language (BSL) is the most commonly used form of sign language. After extensive campaigning, BSL was finally recognised as an official minority language by the UK government in 2003. Thankfully, this has led to heightened awareness of the language, which now holds similar status to other minority languages such as Welsh and Gaelic.

BSL has been in use for hundreds of years. In fact, the first recorded observations date back to 1576 and 1595, and even still – there are various references found in the Bible and in Roman and Greek writings.

As with all languages, BSL has evolved naturally over time. But today, it’s generally based on a combination of facial expressions, hand shapes and gestures, lip patterns, shoulder movements, and body language.

Interestingly, BSL isn’t strongly related to spoken English, and instead has its own grammatical and sentence structure. For example, in BSL, sentences start with the main topic or subject, before referring to something about the topic. For example, where in English you might say ‘What is your name?’, in BSL this is phrased ‘Name – what?’

Sign Support English (SSE) is another form of sign language used in Britain, though it’s not an official language. SSE uses the same signs as BSL but places words in the same order as in spoken English. It’s generally used to support spoken English with sign language, for example, in schools or on television.

In Northern Ireland, Irish Sign Language (ISL) is used as well as BSL, which you can read more about on the Irish Deaf Society website.