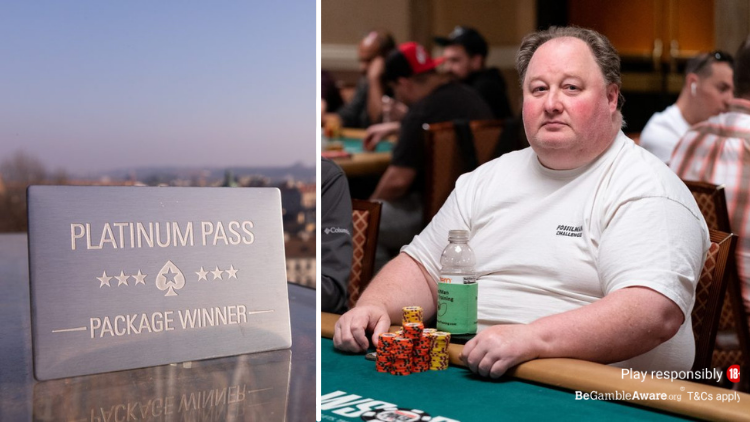 A familiar face to PokerStars, Greg Raymer claims the first Platinum Pass to be awarded in 2021…

PokerStars hasn’t awarded a Platinum Pass since early 2020, so it was with great pleasure that we handed one over to the good folk at Cardplayer Lifestyle as a very special kicker for their Mixed Game Festival in Las Vegas.

The festival ran for four days and was full of highlights, from book signings to free giveaways, and Dealer’s Choice mixed games running around the clock.

The highlight of the series

The main event was undoubtedly the $200 HORSE tournament on Day 4, an exciting opportunity for players, many of who were already in Vegas for the WSOP, to take part not only for fun and glory, but also for the opportunity to win a coveted Platinum Pass.

In the end it was Greg Raymer who outlasted the field, taking out runner up Onur Unsal of Turkey heads-up. Raymer is a poker pro best known for his 2004 WSOP Main Event win worth $5 million. He now has over $8 million in live winnings.

Raymer’s first place finish in the HORSE event bagged him $4,911, but also the Platinum Pass – which includes entry to the $25k PSPC, with accommodation, travel expenses and merchandise.

It’s the first Platinum Pass awarded this year, and the first of many more to come…

(Dates and location of PSPC TBD)

Aside from the Platinum Pass, players were treated to a relaxing and enjoyable atmosphere as they indulged in exquisite poker formats and plenty of pizza.

The Dealer’s Choice cash games initiated poker games that you may well never have heard of before; games like Omajack, which involved elements of both Omaha and Blackjack, as well as Omadugi, Chicago and Action Razz.