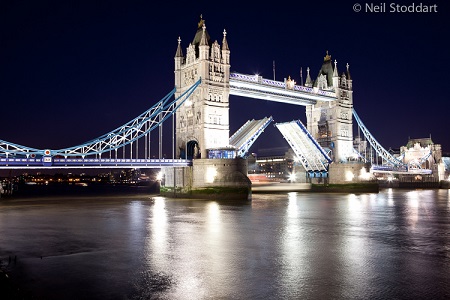 More exciting news from the PokerStars live events team as an old favourite returns to the European Poker Tour (EPT) schedule. It’s true: EPT London is back — and there will be some Platinum Pass-shaped bonuses too!

For the first 11 years of the European Poker Tour (EPT), the city of London was a fixture on the schedule. Sensational champions were crowned here, including Victoria Coren Mitchell, Benny Spindler and Robin Ylitalo, and London also hosted one of the world’s first ever High Roller events, the so-called Million Pound Showdown in 2013.

But then it vanished.

From 2015 onwards, the EPT continued to snake across Europe but it swerved around the UK, much to the disappointment of British poker purists, who are some of the world’s most accomplished and enthusiastic players.

But as of today, those players need sulk no more because EPT LONDON IS COMING BACK.

The latest news from PokerStars HQ is that London will return to the EPT schedule for 11 days of action this October. The EPT will combine with the UKIPT at London’s Park Lane Hilton, and will bring all those fine memories flooding back.

The EPT London tournament series will run from October 18-28, 2022, at what is new venue for the EPT. The London event has previously been held at various locations in the UK’s capital, but the Park Lane Hilton is fresh.

This location is amazing, overlooking Marble Arch and Hyde Park in the Mayfair district of London. Cash games will be held at the Hippodrome Casino.

There’s also an exceptionally special Mystery Bounty tournament, where one of the Mystery Bounty envelopes will contain a Platinum Pass to the PokerStars Players NL Hold’em Championship. That alone is worth $30,000.

Cédric Billot, Head of Global Live Event Operations at PokerStars, said: “We’re thrilled to be heading back to London and looking forward to welcoming players from all around the world to the UK. EPT London has a great history with PokerStars as it was a stop on the first EPT season in 2004. With a wide schedule of events, two Platinum Passes to win, and many activities around the event, EPT London 2022 is set to attract a huge number of players, from recreational right up to high rollers.”

Kerryjane Craigie, the Hippodrome’s Director of Poker added: “We’re very excited the EPT is returning to London and for the Hippodrome to be playing a central part in what is certain to be a key future event in the annual poker calendar. We’re gearing up for an amazing 11 days of poker and honoured once again to be partnering with Pokerstars. We will have more cash games available than ever before with 40 tables, and with special offers for all poker players this will be a memorable tournament for all.”

Make your way quickly to London

As always, PokerStars players can qualify to play both the UKIPT and EPT Main Events via satellite tournaments online. Full details of those events will be upcoming, but suffice to say there will be plenty of players in the field for a fraction of the advertised buy-in.

Online satellites will run from August 14th until October 20th, from as little as £1.10.

An EPT Main Event package will be worth £9,200 (approximately €10,650) and include the £5,300 buy-in for the tournament, eight nights’ accommodation at the Park Lane Hilton for the player and one guest, and more than £500 for travel costs.

There’s an extra special bonus for online qualifiers too. On October 22, there will be a live all-in shoot out for UKIPT & EPT London qualifiers, where the champion will win a Platinum Pass.

Prize pools for EPT London have regularly topped £3 million, with winners commanding high six-figure paydays. In 2008, Michael Martin won £1 million for beating a field of 596 players. The largest field came in 2010, when there were 848 entries and David Vamplew went home with £900K.

After an eight-year absence, it’s going to be a very welcome return to London for Europe’s premiere poker tour.