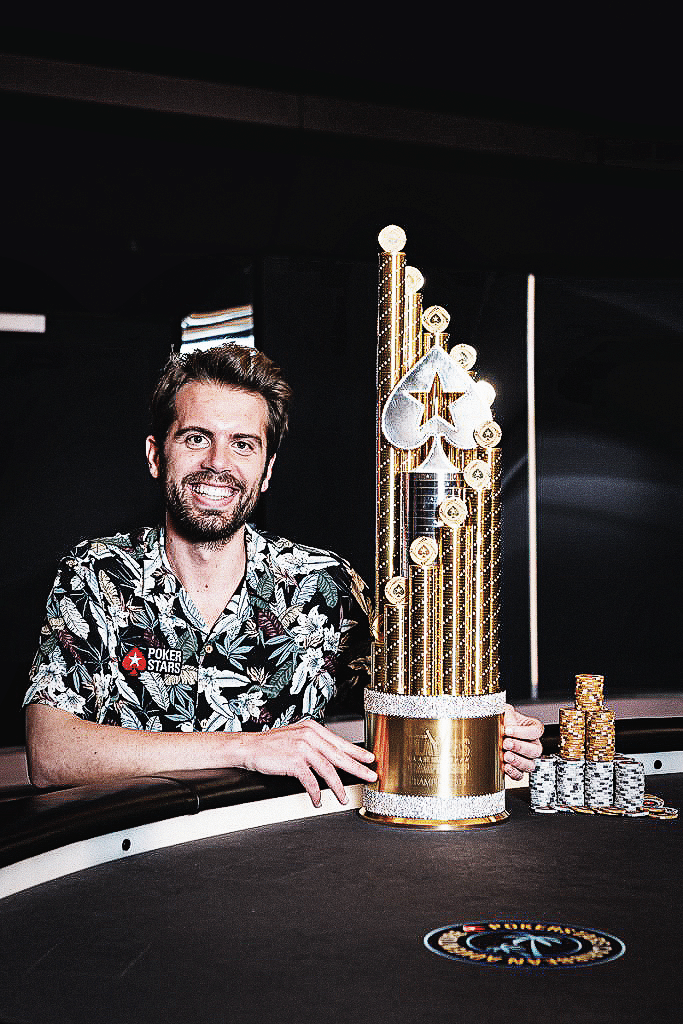 Huge announcement from PokerStars about upcoming live events, including the confirmed return of the PSPC and the PCA!

It’s the news we have all been waiting for: the PSPC is back!

After a successful return to live poker action at EPT Prague last month, PokerStars is now able to confirm even more tournaments for the coming year. The standout event is the second running of the PokerStars Players No Limit Hold’em Championship (PSPC), with a date and venue now booked in.

Even more amazingly, that venue is the Baha Mar Hotel & Resort, Nassau, in the Bahamas, and the date is January, 2023. That will also mean the return of the PokerStars Caribbean Adventure (PCA)!

It’s been three long years since we were last in the Bahamas for a PokerStars event, but the return is now arranged. And it will be enormous.

PokerStars has also confirmed two more European Poker Tour (EPT) dates for 2022, at the ever popular destinations Barcelona and Prague. These events return to their regular annual slots of August and December, respectively, with a €5K Main Event, a €10K High Roller and a Super High Roller at each of them.

That’s not all: today’s announcement also confirms a trip to Dublin in late May for the United Kingdom and Ireland Poker Tour (UKIPT), followed by a combined UKIPT/ESPT Summer Festival in Malta.

“We have missed our live events as much as our players, so it is our true pleasure to announce the PokerStars Players Championship will take place at Baha Mar in January,” said Severin Rasset, Managing Director & Commercial Officer, PokerStars. “Beautiful location, hundreds of qualifiers, with millions to win. If there is one tournament to choose for a once-in-a-lifetime experience, it will be the PSPC. We will provide more details soon on how to get your hands on a Platinum Pass – stay tuned!”

THE RETURN OF THE PSPC

Colillas turned his Platinum Pass into a famous PSPC victory

The first PSPC, held in the Bahamas in January 2019, raised the bar for what poker events could achieve. It was the biggest ever $25K buy-in event, with a $26.5 million prize pool and 1,039 entries, many of whom were on a freeroll having won a Platinum Pass.

One of those Platinum Pass holders was Ramon Colillas, from Barcelona, Spain, and he became the champion, banking $5.1 million. He became a Team PokerStars Ambassador — and has been waiting patiently, like the rest of the poker world, to return and play the PSPC again.

Finally, that second PSPC will happen — and it will be back to The Bahamas, where the PSPC will run January 30 through February 3, 2023. It will again have a $25K buy-in, and again the field will be swelled by hundreds of players clutching Platinum Passes. Some have already been awarded, and there will be plenty of chances to win others between now and January next year.

Up to 400 Platinum Pass winners will play the event. Keep an eye open for how you too can win a Platinum Pass package, worth $30,000, and join the party.

WELCOME BACK TO THE PCA

We couldn’t go back to The Bahamas without scheduling the return of another PokerStars favourite. The PokerStars Caribbean Adventure (PCA) was a standout fixture on the annual poker calendar from 2004 to 2019. And it’s returning too in the same festival as the PSPC, making January and incredible jamboree in the Caribbean.

PokerStars is booked into the Baha Mar Resort, Nassau, from January 22 through February 3, and players should prepare for the usual packed schedule of tournaments and social gatherings.

The Main Event is usually a $5K buy-in affair, but we can expect tournaments during the PCA festival ranging from a few hundred dollars all the way up to a Super High Roller.

The other headline news, of course, is that shift in venue. This time, for the first time, the PCA will take place at the brand new Baha Mar Hotel and Resort. It promises high-end hotel accommodation, including numerous bars and restaurants, plus sports complex and water park, all under the beautiful winter sun of the Caribbean.

The EPT is back!

We waited a long time for the return of the European Poker Tour (EPT), but the trip to Prague in March showed just how happily we can welcome back an old friend.

With Monte Carlo already confirmed for the end of April/beginning of May, the exciting news today is that there are even more dates for the diary.

Time to add Barcelona and Prague to your travel itinerary for the year.

Here’s how the rest of the EPT year now looks:

Online qualification tournaments are available on PokerStars for the trip to Monte Carlo, and they will be appearing very soon for Barcelona and Prague. There are daily freerolls and feeder satellites, with buy-ins as little as €1.50.

Find all qualifiers in the PokerStars client by clicking Events –> Live.

Players will know what to expect from all of these destinations: busy tournaments and cash action, excellent accommodation and catering, plus numerous social events. Further details will be released soon.

DUBLIN IN MAY; MALTA IN IN JUNE!

The poker world reacted with delight to the news that PokerStars regional tours were returning this year, and the first Eureka Poker Tour tournament in Prague broke records at the beginning of March. There was a combined €3 million prize-pool and 3,155 entries in Eureka tournaments. Sensational.

We should expect something similar when PokerStars heads back to Dublin for the restart of the UKIPT in May.

The Bonnington Hotel will host UKIPT Dublin from May 16-22. Full details of the schedule will be announced in due course, but we can expect a €1,100 Main Event and a €2,200 High Roller, along with a slate of side events.

For the first time, PokerStars will then host a summer festival on the beautiful Mediterranean island of Malta.

The UKIPT will join forces with the ESPT for the Summer Poker Festival Malta, from June 18-26.

The venue will be the Intercontinental Hotel and Casino.

The PokerStars Live website will have all the details.