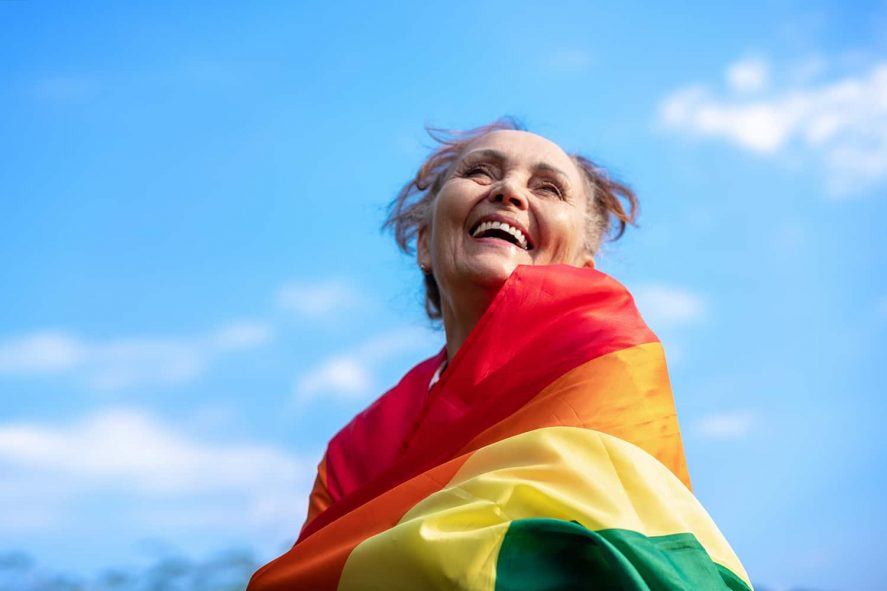 If you’re reading this article, there’s a good chance you might be going through the process of accepting and exploring your sexuality or gender identity. You might also be thinking about sharing this identity with others. This can be a highly emotional time, and it’s normal to feel nervous, unsettled, hopeful, liberated, confused – or something else entirely. Whatever you’re feeling is valid.

If you feel ready to come out then there might be various different reasons why. Perhaps you’re tired of hiding who you really are and feeling trapped. Maybe you dream of having the freedom to openly pursue new relationships, introduce people to your partner, or connect with others in the LBGT community who share the same sexuality or gender identity as you. The process of coming out can be incredibly liberating and many liken it to feeling truly happy and alive for the first time.

It’s important to remember that the decision about when and if to come out is entirely yours. You might decide that you’d prefer to keep your sexuality or gender identity private, or that coming out simply isn’t an option due to concerns for your safety (though this is difficult to comprehend, it’s a sad truth for many). Only you will know what’s best for you; and if you decide that you don’t want to come out or that now isn’t the right time, then this is okay.

The process of accepting and sharing your sexuality or gender identity is one that’s often associated with teenagers or people in their early 20s. But people come out at all different times in their lives. Fifty-nine-year-old TV presenter Philip Schofield is a recent example of someone who came out later in life, as is 90-year-old Kenneth from Colorado and 91-year-old civil servant, Babara Hosking.

According to the Office for National Statistics (ONS), more people than ever are before are identifying as lesbian, gay, or bisexual (2.7% in 2019, which is up from 2.2% the previous year). This summer, the ONS also reported that the number of over 65s identifying as lesbian, gay, or bisexual has risen for the first time, from 0.7% in 2018 to 1% in 2019.

So, whether you’re thinking about coming out, have already started the process, or you’ve recently found yourself feeling attracted to people of the opposite sex; the following 12 steps might help.