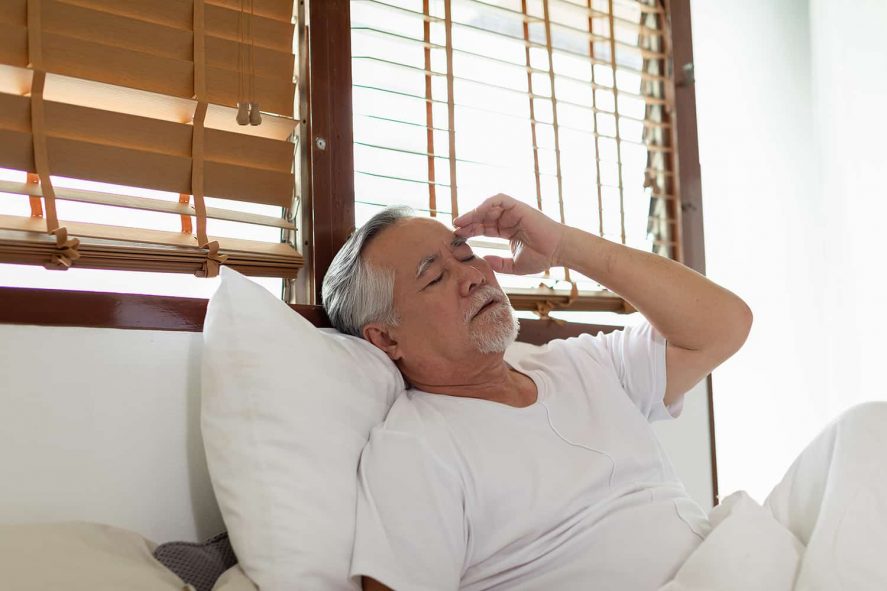 REM (rapid eye movement) sleep is the stage of the sleep cycle where most dreams occur. Muscles are usually paralysed during this stage to ensure we remain still, but people with REM sleep behaviour disorder (RBD) will physically act out their dreams.

The dreams are usually very vivid and can involve a whole range of movements. For example, people may talk, shout, punch, kick, or jump. Unlike sleepwalking or night terrors, people with REM sleep behaviour disorder also recall their dreams after waking up.

Studies show that RBD is unusually common in elderly men. Experts are unsure of the exact cause of RBD, but studies have shown that it has to do with issues affecting certain neural pathways in the brain.

As a result, there’s a strong link between the condition and neurologic conditions such as Parkinson’s and Alzheimer’s disease. Studies have suggested that RBD is a powerful early sign of Parkinson’s and dementia, and provides an opportunity to intervene early with neuroprotective therapy.

If you believe you may have RBD, it’s best to book an appointment with your GP. In many cases, medication is prescribed for RBD. Some people also identify and avoid triggers that make their behaviour worse, for example, alcohol or prescription drugs. Precautions can also be taken to improve the safety of the person’s sleep area. This might include locking windows, removing objects that could cause injury from the bedroom, and placing the mattress on the floor.