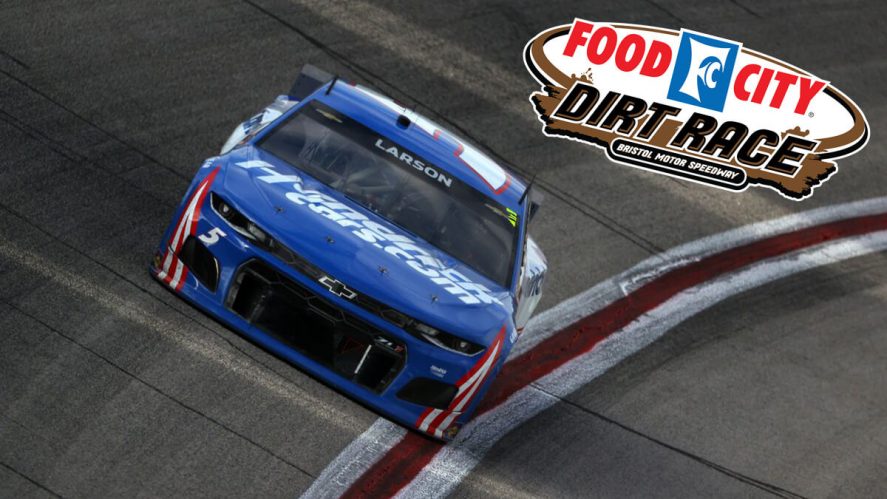 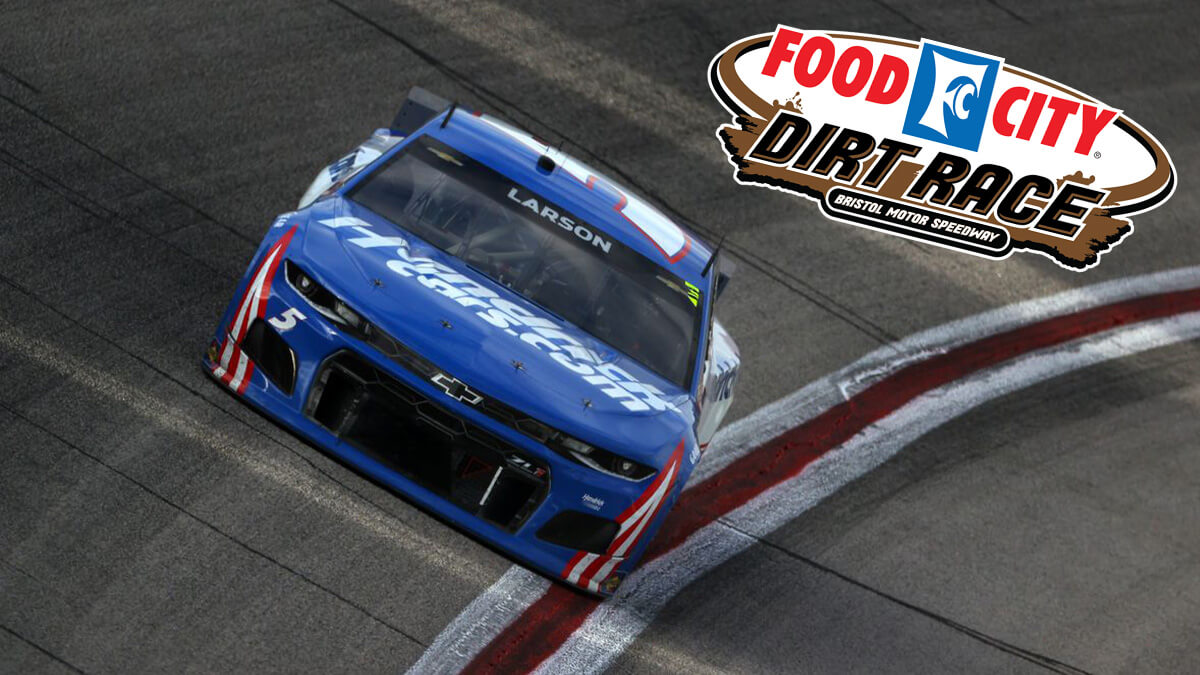 The 2022 NASCAR Cup Series Food City Dirt Race will see Joey Logano try to defend his title on the Dirt in a race which may be very unpredictable, dangerous, but fun to watch visually with the surface, the shorter Track and the occasional Love Tap administered.

And we all need a little Love Tap once in a while, right Dale? We miss you, Intimidator.

The Food City Dirt Race is a 250-lap, 125½-mile race on a 0.533-mile oval track and was changed to a Dirt surface with the 2021 running. It was the first time since 2008 the series held a Dirt race in Indianapolis which turned into a complete nightmare for NASCAR.

The race ended up averaging a sleep-worthy 9 laps of Green Flags and was marked by Tire problems in the red Tennessee Clay (dirt) which the drivers of the near 2-ton cars tried not to be spun into the bullring quicksand in an event the sport would rather forget.

At Bristol, they reduced the banking from 28 degrees to 19 degrees and with potentially nasty weather this Sunday—Clouds, a Low of 44° with 5-10 mph ENE Winds and an 80% chance of Rain—this may be fun to watch or boring depending on Mother Nature.

And betting on this particular race from a Futures standpoint is very tough—I went with Christopher Bell and his Toyota Camry and the 8/1 odds—so turning to the Food City Dirt Driver Matchups may be a better route as there are two drivers to choose from, right?

In the 2022 NASCAR Cup Series Blue-Emu Maximum Pain Relief 400 from Martinsville Speedway in Martinsville, Virginia last Sunday, William Byron became the season’s first two-time winner and that’s where it might be a good idea to look at some head-to-heads.

Byron also won the 2022 NASCAR Folds of Honor QuikTrip 500 at the Atlanta Motor Speedway in Hampton, Georgia at profitable 14/1 betting odds in the NASCAR Futures book and the Hendrick Motorsports team member has Top 10 finishes this 2022 season.

We saw different Drivers win every week up until that race in the 2022 NASCAR Cup Series season, starting with Rookie Austin Cindric who made a quick name for himself winning the 2022 Daytona 500 in Daytona Beach, Florida at longshot odds of 28/1 odds.

Every single 2022 NASCAR Cup Series race in the Regular Season and NASCAR Playoffs will be streaming on FOX and the FOX App Available on Here are all of the Drivers Matchups Futures odds for the 2022 NASCAR Cup Series Food City Dirt Race coming up this weekend on Sunday night, the past 20 winners of the Food City Dirt Race and some micro-analysis from a cat and a handful of picks for your perusal.

We’ll All Be Eating Tennessee Dirt on Easter Sunday Night

Ford has won two straight times in Bristol after Toyota won two straight and Chevrolets have only won one time in the last eight years but this one should be wide open with chaos ruling the night so any past Trends are likely meaningless in this NASCAR betting spot.

Although 2022 NASCAR Cup series Drivers Points leader Byron (276 points) will be racing a Dirt car for the first time ever without mirrors or spotters, the momentum and confidence he has gained from being the first 2-time winner can’t be overlooked here.

Besides Byron, looking at some Alex Bowman (237 points) Drivers matchups at the Food City Dirt Race may be a profitable thing, Bowman—who had five straight Front Row starts at the Daytona 500—is a -145 favorite to finish ahead of Ross Chastain (+115) on Sunday.

So I like the No. 48 Chevrolet Camaro ZL1 and Bowman—in third place in the Points Standings—for Hendrick Motorsports and his teammate in the No. 24 Chevrolet Camaro ZL, Byron, as the two drivers may have some learning curves but beat these competitors.

The Drivers with the most Wins (6) here at Bristol—where the Race was run on Asphalt/Concrete before the Dirt—is Rusty Wallace with Daryl Waltrip, icon Dale Earnhardt, Sr., and Kyle Busch all winning here in the Volunteer state five times.

The Team with the most wins in this race in Bristol has been Hendrick Motorsports (8) but the team’s last win here was back in 2017 (Jimmie Johnson) and Chevrolets haven’t fared well here and the days of the now retired Johnson dominating NASCAR are long gone.

Team Penske (7) and Junior Johnson & Associates (7) are tied for second on the list for the Team with most times in Victory Lane at Bristol with Joe Gibbs Racing (6), Richard Childress Racing (5), Holman-Moody (5), and Roush Fenway Racing (4) having success too.

The (Auto) Manufacturer who has won the most Food City Dirt Races has been Chevrolet, with 23 checkered flags with Ford having won in Bristol a respectable 18 times, Toyota six, Pontiac and Dodge five, with Buick winning twice and Plymouth winning just once (1962).