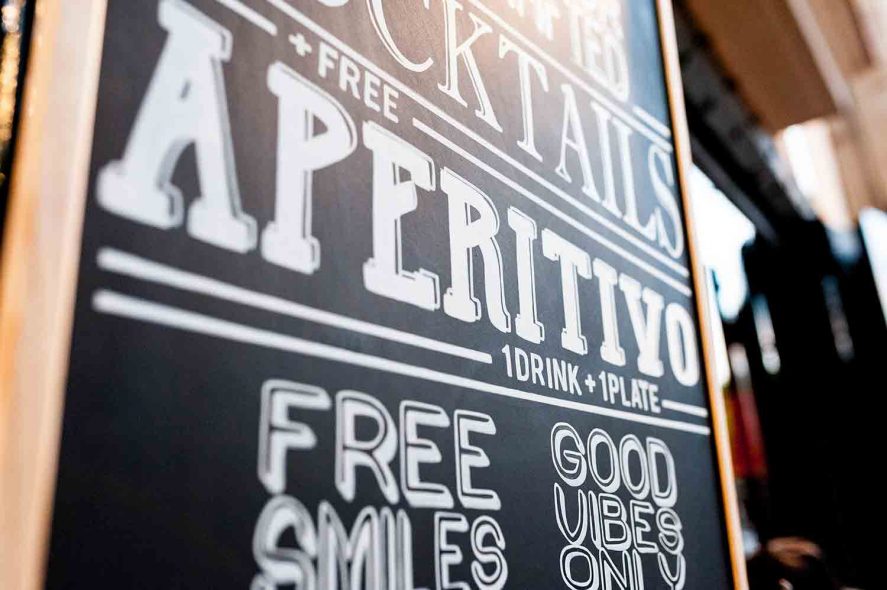 Once Gerry and his father incorporated machinery into their signwriting business, it opened up a whole new range of opportunities; one of which was making vinyl signs to go on the sides of aircraft. Though, Gerry’s business would still evolve a great deal over the next few decades…

Gerry explains, “Back then, I used to cut the signs in the workshop and take them down to the airport, which was 25 miles away. Then I’d stick them onto the aircraft and come back. But nine times out of 10, they’d want something else while I was there. So one day, I took the machine with me so that if they wanted something else, I could do it there and then.

“While I was there, one of the chaps came along and asked me what I called myself. So I said, a little cheekily, ‘I’m On the Spot Signs.’”

It was then that Gerry realised that he didn’t need a workshop at all, and that his van could be his workshop. By turning his and his father’s signwriting business mobile, he could be much more flexible.

“If you take a plumber, for instance,” Gerry explains. “He buys a van for his business and wants a sign written on it. He has to give the van to a sign company, and they have it for four or five days before he can start working.

“If I bring the factory with me, the plumber can be working at a job – say he’s installing someone’s sink – and I can be outside putting the sign on the van. If he finishes his job and I’ve only done one side, then I can follow him to the next one and do the other side there. And that business model became a big hit.”