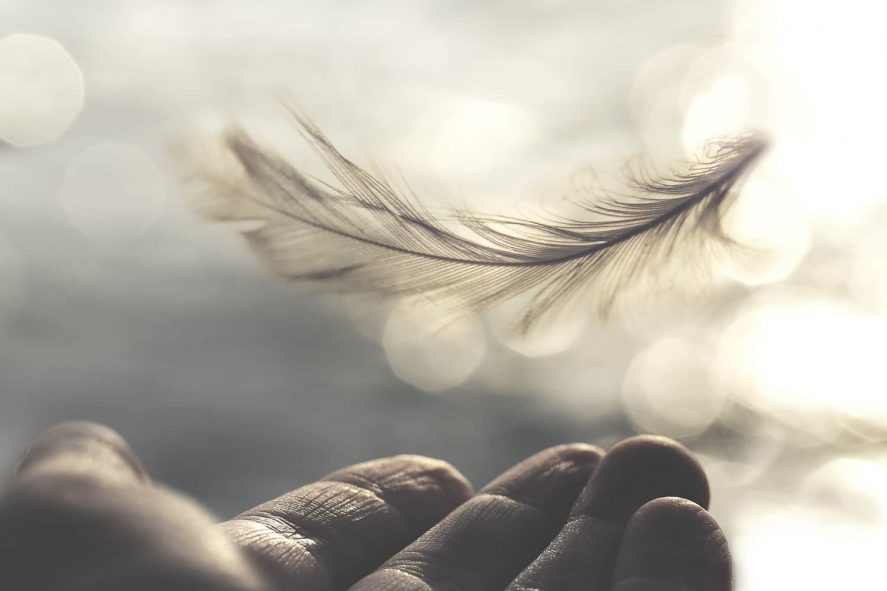 A gentle breeze lifted the light-blue cotton curtains, allowing a shaft of bright sunlight to illuminate the room. I watched as they billowed out then slowly dropped. It reminded me of the joy I’d once known and the sadness that now clouded my every waking moment.

For some reason, I still slept on the left side of the bed, not wanting to invade the space that was yours. Occasionally my foot or arm would stray over in the hope of touching you but the cold sheets confirmed your absence. Sometimes, if I looked quickly at your pillow, I could see your head still lying there and, if I closed my eyes, still hear you breathing.

The breeze from the open window drifted over my face. It felt soothing, like a hand stroking my cheek and made me long for more sleep but my mind wouldn’t rest. Thoughts of the past and what the future might hold whirled around until they made no sense. Then I remembered you saying, ‘think of the now Susie. The past has gone, it doesn’t exist and the future hasn’t happened.’ For a while, this thought was calming but then it became clear that you, John Chester, had been my anchor, keeping me safe in life’s storms and now I was drifting alone in a vast, empty ocean.

All I had left, at the age of fifty-five, were a few precious belongings to remind me of the life we shared. Your clothes had already gone and everything else I hadn’t wanted to keep had been boxed up and given away. It had broken my heart to do this so soon after the funeral, but it gave me some closure. There were no more shirts or jumpers to weep into – only mementoes and memories.

I stared up at the blank, white ceiling and noticed a small spider crawling towards the window. I watched it for some time thinking that even this little creature had a purpose. It had to eat and reproduce – it had to survive. Somehow the spider put everything into perspective for me – I too had to survive.

I forced myself to get up and go downstairs. The heat of the summer sun hit me as I opened the sitting room curtains. It was a day for being outdoors and the thought of working in the garden lifted my spirits. There was something therapeutic about connecting with the life that springs from the soil – watching a seed grow into a plant that blooms, withers, and decays was, to me, the cycle of all living things.

I opened the conservatory doors and stood on the patio. It was difficult to remember how overgrown the garden had been when we first bought the cottage. Its transformation had taken eight years of hard work but now as I stared at the drifts of colourful flowers, evergreen shrubs and ornamental trees, I knew it had all been worth it. I just hoped I could maintain everything on my own.

Breakfast was just two slices of buttered toast and a mug of coffee, which I took outside to the garden table. The sun hadn’t yet reached the patio but I raised the sun umbrella in anticipation and sat down on one of the teak chairs. There were no nearby neighbours, just a few houses dotted around, and sitting there alone made me feel small and insignificant, like the tiny ant that ran past my foot and down between the paving stones.

I thought back to the previous summer and how I’d helped you walk around the garden. We’d held on to each other as if we were too afraid to let go, but we never spoke about it. Instead, we resorted to a perverse kind of humour – making jokes about how feeble you’d become, as if it was something to laugh about. I didn’t want to cry so I stood up and breathed deeply, inhaling the fresh morning air. I needed to do something. I cleared away my breakfast things and went upstairs to put on my old gardening shorts and a t-shirt.

As I climbed the stone steps that led to the shed, my eyes were drawn to my favourite plants – the pale yellow roses that we’d bought during a holiday to Cornwall, the bright pink fuchsias when we’d visited a stately home, and the beautiful Japanese great white cherry tree that you’d given to me on my fiftieth birthday.

I remembered we both woke early that day. You kissed me and wished me happy birthday. Then you said you had something to show me in the garden. We took a bottle of champagne and some glasses with us. When we reached the top step and the terrace overlooking the valley, you covered my eyes and turned me round. As soon as you took them away, I saw the tree with a pink ribbon tied around its base and a label saying, ‘A beautiful gift for my beautiful wife who doesn’t look a day over fifty.’ We laughed and I kissed you.

The following year, the tree was smothered in large white flowers that looked like confetti. Now it had grown into a truly wonderful tree with a slender trunk and delicate branches the colour of copper. Its spring flowers had been replaced by small reddish leaves which shimmered in the summer breeze. Beneath the tree lay the pulpy white remains of the blossom.

You had always tried to make my birthdays special. I was so happy that day. I remembered you pulling me close so that my face was pressed against your chest. You often told me how much you loved me. I looked up at the empty blue sky and wondered if you could see me.

The shed door creaked as I opened it. Inside it smelled of earth mixed with old timber. I picked up my tools and put them in a wheelbarrow then pushed it to the back of the fish pond where there was some shade from a cotoneaster tree and started to dig up a huge clump of nettles. It was hard work and after an hour I’d run out of steam. I was also thirsty and soaked in perspiration so I went back to the house where it was cool and a welcome relief, especially the cold slate tiles under my bare feet. I washed my hands then drank a large glass of water before preparing something to eat.

The kitchen had always been the heart of our home with its beamed ceiling, pale, painted walls, and hand-crafted units. Everything had been cleverly designed to fit into all the nooks and crannies. Even the Aga sat snugly in the disused inglenook fireplace. Every available space had been decorated with a range of locally-made pottery. There was a quirky, blue, and green striped teapot with matching cups and saucers, a milk jug, plates, and a large, plain green cider jug with matching mugs. I remembered you saying that my taste in furnishings reflected my gregarious personality, and I wondered if I would ever be like that again.

The thought of doing more gardening after lunch seemed too much like a chore so I went back to where I’d left my tools, put them in the wheelbarrow and took everything back to the shed. It was unbearably hot and all I wanted to do was take a long, cool shower.

As I peeled off my muddy clothes, I stopped to look at myself in the full-length mirror that hung on the bedroom wall. My body still seemed to be in good shape, but my face looked worn and tired and my eyes seemed to emanate sadness. Windows to my wounded soul, I thought and remembered what you had said when we first met. ‘You have beautiful eyes Susie, they’re like sparkling emeralds.’

It was six o’clock when I left the house and walked down towards the river. We had often taken picnics to a place where brown trout would try to swim upstream. A kingfisher had appeared there once, right in front of us. Its bright blue and orange body darting into the river like a dazzling arrow. It had been a rare and beautiful sight but one that was never repeated.

The early evening sky was ablaze with shades of gold, crimson, and mauve, and the sun’s weakened rays shone through the overhead trees, making patterns on the road in front of me. All along the verges were drifts of wild grasses, pink Campion, and Ox-Eye daisies, and the only sounds that could be heard were the low buzzing of insects and distant birdsong.