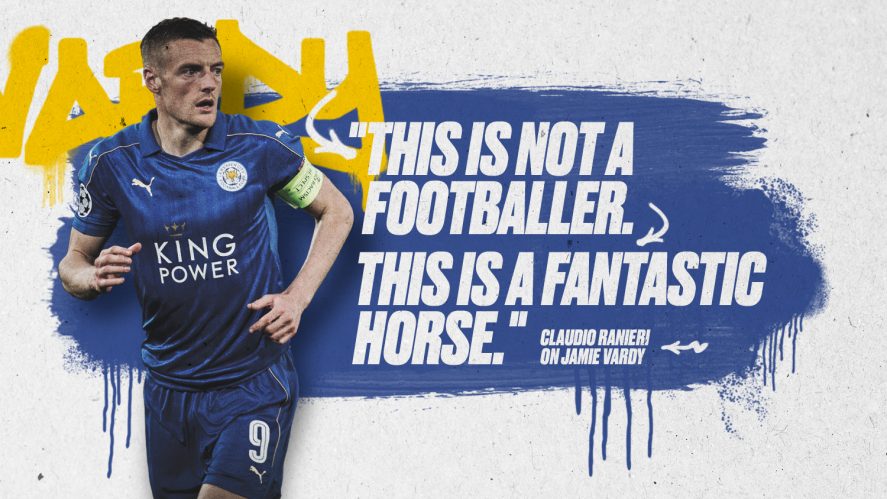 One of the best things about poker is that the game shows no respect for reputations. Although we all know that only the strongest players are able to carve out long and successful careers in the game, the short term is something different. With a good run of cards, and some solid poker strategy, the little guy can make the big guy look like a chump.

This sometimes happens on the grandest stage, where unheralded players go on to win massive tournaments and leave some superstars in their wake. And it also happens in online poker, where we hear tales of players like “maratik”, the Russian low-stakes recreational who won $1 million in the WCOOP Main Event.

This kind of thing sometimes happens in major sports too — and they don’t come much more major than what we in Europe call football, and the rest of the world calls soccer. In terms of estimated fans, soccer is the most popular sport in the world, watched regularly by 3.5 billion people. Matches in the biggest leagues, typically in Europe and South America, draw huge attendances, and the World Cup, held every four years, brings all other activity to a halt in many of the world’s biggest countries.

And though the superstars earn millions, and the biggest clubs have turnovers that outstrip many countries’ GDPs, it doesn’t stop the little guy sometimes turning the tables and winning a huge match.

Here we take a look at four of football’s biggest underdog stories.

“If Leicester win the Premier League, I’ll do the first MOTD of next season in just my undies.”

That was the tweet sent by the former England striker, turned TV presenter, Gary Lineker on December 14, 2015. He was referring to his former club Leicester City, rank outsiders in the English Premier League, who were nonetheless sitting at the top of the table as the season approached its halfway point. (MOTD is short for Match of the Day a football highlights show that screens every Saturday night on BBC1.)

Lineker knew what everybody who followed football knew: Leicester couldn’t possibly go on and actually win the title. They were surrounded by clubs who had many billions more than them in their bank accounts, who were managed by the most revered coaches in the world, and had the best international players on their books. Lineker could make this kind of promise safe in the knowledge that he would never really need to peel everything off to present the BBC’s flagship football show.

Flash forward a few months and Leicester were indeed champions, pulling off arguably the biggest shock in the history of the Premier League. At the start of the season they were the quintessential minnows, happy simply to stay afloat and, maybe, land an occasional upset victory in a one-off match. They had finished 14th the season before, parted company with their manager, and were listed at up to 5,000 to one by bookmakers for the title. However, with the good-natured Italian manager Claudio Ranieri at their helm, and the Midas touch of Jamie Vardy in front of goal, Leicester somehow managed to win, win and keep on winning.

Just when everyone thought they would run out of steam, they found new reserves of energy and just kept outgunning clubs with a far greater pedigree. It didn’t hurt that so many of those so-called giants were imploding: defending champions Chelsea sacked Jose Mourinho; Liverpool did the same to Brendan Rodgers; Manchester City couldn’t translate their oil billions into success on the pitch; and Manchester United never looked comfortable under Louis van Gaal.

Leicester just did their own thing, beat whatever was in their path, and were crowned champions on May 2, with a round of games to spare.

On the first Match of the Day of the following season, Lineker’s smile stretched from ear to ear and his underwear was pristine white.

Winning a tournament when you’re not even in it is an achievement beyond even the most ambitious underdog. But that’s exactly what the Danish soccer team managed at the European Championships in 1992. Having failed to qualify for the tournament, they went on to win it.

To explain: Denmark were picked in Group 4 of qualifying, alongside the Faroe Islands, Austria, Northern Ireland and Yugoslavia. After each side had played the requisite eight matches, Yugoslavia topped the group and should have been on the plane to Sweden for the final tournament the following summer. However, war broke out in Yugoslavia and the United Nations Security Council imposed sanctions on the country, which included a Uefa ban on involvement in competitive football. As runners-up in Group 4, Denmark learned they were going to the finals instead of Yugoslavia. They had 10 days to prepare.

As it turned out, the lack of preparation did not affect Denmark one bit. At the actual finals, they qualified from their group thanks to a draw against England and a shock victory over France (defeat to Sweden didn’t matter). They then somehow defeated the star-studded Netherlands team in the semi-finals, scoring all five penalty kicks in shootout, while Marco Van Bastan missed for the Dutch.

That booked Denmark a place in the final against the reigning world champions West Germany. And Denmark somehow managed to win that one too, thanks to goals from John Jensen (one of only three he ever scored for the national team), and Kim Vilfort.

There was less than a month between Denmark learning they were playing in the tournament and them lifting the trophy. It was a shock unmatched in European football, until…

Greece has arguably the richest sporting history of any country on earth. It’s where the Olympic Games originated, after all. But even the most ardent cheerleader for Greek football would struggle to make a case that his country is a world leader in this particular global sport. Far from it. Greece are perennial whipping boys on the soccer field, who did not manage to qualify for a World Cup finals for the tournament’s first 60 years. (And when they did, they lost all three matches, conceding 10 goals and never scoring.)

However, in 2004, Greece pulled off one of the biggest underdog shocks in football history when they managed to win the European Championships, hosted in Portugal. Just qualifying for the final tournament was considered to be a shock, especially after Greece lost their first two matches in qualification, and they were then drawn in an exceptionally tough group alongside Portugal, Spain and Russia.

Bookmakers offered odds of 150 to one against a Greek tournament victory, and there would have been very few takers of the bet.

Despite a vociferous home crowd, Greece downed Portugal in the first match, and went on to draw with Spain. Even though they then lost to Russia in the last of their group matches, they had the same points tally as Spain and had scored more goals, meaning the Greeks qualified for the quarter finals. There they faced a tie against the world champions France. It was another match Greece was supposed to lose by a distance, but they didn’t. They secured a 1-0 against-the-odds victory.

Momentum took the surprise package past the Czech Republic in the semi-finals, again by the narrowest of margins, 1-0 after extra time. They moved on to the final and a second meeting with Portugal. But yet again the small-fry managed to take on the sharks and prevail, edging this match 1-0 once more. Portugal had 17 shots to Greece’s four, and the underdogs had scored with their only attempt on target. But it’s goals that count.

Greece had therefore beaten the hosts twice, as well as the World Champions, and earned the most prestigious prize in European international football. No matter that they had scored only seven goals in six matches, and barely had a top-ranked player in their squad. The Portuguese side, including Cristiano Ronaldo, Deco, Ricardo Carvalho, and other superstars, were no match.

The FA Cup is English football’s oldest cup competition and, for its first 125 years or so, it was right up there alongside the game’s most prestigious. All of the top clubs focused as much attention on winning the FA Cup as they did any other competition, while the lower-ranked sides saw it as the perfect chance to cause an almighty upset. Most years there would be a headline-grabbing “giant-killing”, where a team from a small town somehow beat one of the game’s establish titans.

Depending on where your loyalties lie, the most extreme example might be Wrexham’s defeat of Arsenal in 1992 (that’s top-flight champions losing to a team in the fourth division), or Lincoln City beating Burnley in 2017 (that’s a non-league side prevailing against a Premier League club). There was also an incredible final in 1973, when the all-conquering Leeds United were beaten by Sunderland, who were then in the second division.

However, the FA Cup final of 1988 is remembered by fans of a certain generation as the most high-profile and dramatic upset. The game featured Wimbledon and Liverpool, the very epitome of a David and Goliath match-up. The South London club had risen through the English football system against all the odds. They had a small stadium, very little pedigree, and played a direct and uncultured style of football, with a team of players best known for the pranks they pulled on one another, rather than their on-field prowess. Liverpool, by contrast, were the best team in the world, and had won the English league in 1980, 1982, 1983, 1984, 1986 and 1988. Victory at Wembley against Wimbledon was seen as a formality, and would secure a second league and cup “double”.

But football is nothing if not unpredictable. Despite having only lost two league matches all season, and conceded only 24 goals in 40 matches, Liverpool went behind to a header from Laurie Sanchez in the first half. It wasn’t the prettiest goal in the history of the FA Cup, but it didn’t matter at all.

Wimbledon then employed the only tactics likely to unsettle Liverpool: hassling them into mistakes through a firm and tireless press. When Dave Beasant, the Wimbledon goalkeeper, became the first ever to save a penalty in an FA Cup final, Wimbledon’s fans began to believe.

There are far more improbable upsets in football if you base calculations only on relative league positions. But this one seemed just so unlikely given the nature of the two teams at the time. It remains Wimbledon’s only major triumph. The club was dissolved in 2004.