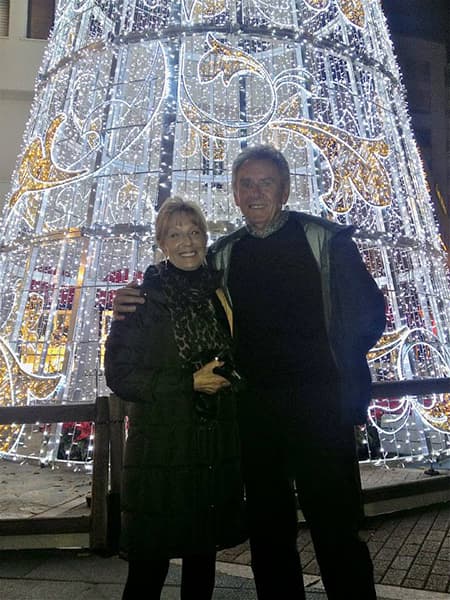 In the 1970s, Angela emigrated from the United Kingdom to the prairies of Canada. Living in Alberta and British Columbia, she worked in public relations, sales, and marketing. However, after meeting her husband, John, who was an executive in the oil business, it wasn’t long before she set off again on an entirely new adventure.

Angela says, “My husband’s work took us all over the world. We lived an ex-pat’s life for 25 years, in places like Italy, India, Africa, and Singapore. Travelling has given me such a broad experience of different lifestyles, experiencing the different challenges of each country – it’s such a huge education.”

But travel isn’t the only passion in Angela’s life. She also has a special place in her heart for animals. “I have a huge love for animals,” she explains. “It’s the one thing in my life apart from my family that gives me utter joy. I think they’re a great leveller and teach you a lot about yourself.”

Wanting to bring some of this animal magic into her life, one year, Angela took a trip back to the UK and got herself a Springer Spaniel puppy called Holly. “She was my best friend and companion for 14 years while we lived as ex-pats overseas.”

“It was when we returned to Canada and were living on Vancouver Island that we sadly lost her. It broke my heart. I had a dog sitter on the island who’d come and look after her when we went on holiday. And after she passed away, the sitter called to ask if she was alright, as she knew she wasn’t well. And when I told her what had happened, I burst into tears.”

Angela continues, “She said to me, ‘You have such a love for animals and I have so many clients, would you consider helping me?’ At first, I told her that I didn’t know. But a week later, she called me again and asked if I would look after a Cocker Spaniel. And that’s what started my 14-year journey as a pet and house sitter.”

Since then, Angela has used pet and house sitting as a way to connect with animals and travel all over the globe.