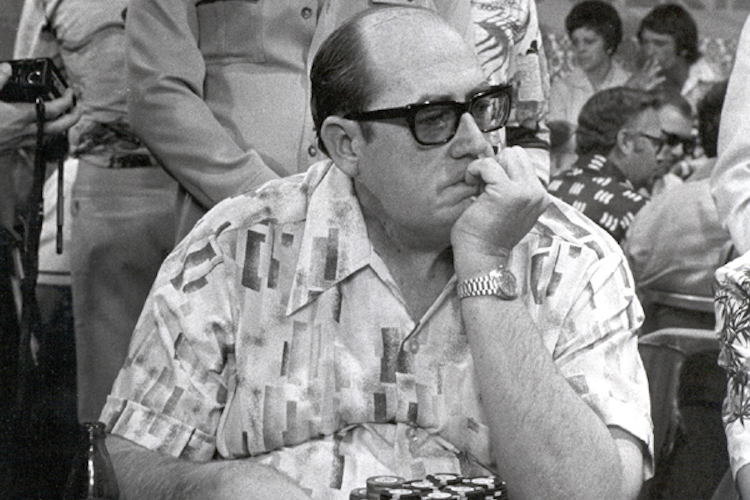 Coincidence: a remarkable concurrence of events or circumstances
without apparent causal connection.

Life is full of coincidences. So much so, that sometimes it feels like the Universe is conspiring to create moments of serendipity, chance encounters, and fantastical outcomes.

As poker players, we’re not really supposed to think in this way, at least not while we’re sat at the tables.

Poker is a game of logic. The mathematics of odds and variance can help us understand what is happening during play, no matter how unusual the outcomes may seem.

Logic can explain, for example, why your pocket Aces sometimes loses to pocket twos (pocket twos still wins 19.5% of the time). Logic can explain why it’s possible to experience a hot streak or bad run. And, if you’re fortunate enough to take down a lifechanging poker tournament, logic explains how all the factors came together to give you the victory, even if it did happen to fall on your birthday.

Arguably, there’s no room  for wishy-washy thinking in live or online poker. Yet even the professionals who’s career depends on this power of logic have to admit; strange and wonderful things can happen at the poker tables.

There’s perhaps no stranger occurrence, no clearer example of coincidence or ‘fate’, than the time Doyle Brunson took down the WSOP Main Event two years running – both times winning the heads-up battle with the same hand – a really bad one, 10-2.

Doyle Brunson is one of the most famous poker players ever. He played professionally for over 50 years, during which time he won 10 WSOP bracelets. Clearly, he’s not a player who relies on luck when he sits down at the poker tables.

Yet it would seem to any onlooker, and maybe even to Brunson himself, that some sort of unseen force conspired to make him one of only four players to win the Main Event twice. Maybe.

Rewind to the 1976 WSOP Main Event. The tournament is down to heads-up and, in those days, winner takes all. Doyle Brunson and Jesse Alto are the last remaining players.

Unlike Brunson, Alto was an amateur poker player with a day job as a car dealer. Brunson had a huge chip lead in the heads-up battle, and was looking to exploit the stack sizes, as well as using his clear edge when it came to skill.

Despite this, conventional poker strategy has it that 10-2 is not a very strong hand. It’s nearly always a fold, even heads-up against a weaker player. Only Brunson knows what compelled him to play the hand described below. Maybe he just had “that feeling”?

Doyle Brunson at the 1976 WSOP

Jesse Alto makes a raise holding A-J. Brunson calls with 10-2 suited. The flop comes A-J-10. Brunson makes a shove with his bottom pair, turning his hand into a bluff, looking to put pressure on the short-stacked Alto and force the fold.

Of course, Alto is never folding such a strong hand as top two pair. It’s an easy call. Alto is way ahead and looks set for the double-up.

The turn comes a 2, giving Brunson a weaker two pair, and leaving him still trailing behind in the hand. Then, the river comes a 10 to give Brunson a very unlikely runner-runner full house. And just like that, Brunson wins the WSOP Main Event for $220k.

The chances of Brunson winning this hand were slim, even slimmer post-flop when all the chips were pushed in the middle. It’s one of the worst bad beats in WSOP history. But bad beats happen all the time, and in the grand scheme of things this hand can hardly be called poker’s greatest coincidence.

Until it happened again…

It’s the following year, 1977, and the WSOP Main Event is coming to a wrap. Doyle Brunson is once again heads-up with a comfortable chip lead. This time, he’s up against fellow American pro Gary “Bones” Berland.

Brunson looks down and sees 10-2, this time offsuit. Berland has 8-5. Both players enter the pot. The flop comes 10-8-5, giving Brunson top pair and Berland two pair. With poker hands like these heads-up, the chips are nearly always going in the middle.

The time around, Brunson is already well ahead when the majority of the chips are pushed in the middle. But, as if to add insult to injury, and as if to add a further dose of cosmic coincidence, the river comes a 10 to give Brunson a full house… again!

And with that, the defending champion took down the WSOP Main Event for the second year running, both times with a starting hand of 10-2, and both times making a full house on the river.

10-2 is now known as the “Doyle Brunson hand” and also as the luckiest hand in poker. And now we’re giving it the title of strangest coincidence ever to happen at the poker tables.

Because, you know, twice?!

Let’s be clear… professional poker players, on paper at least, don’t tend to have “favorite hands” (although nobody can deny the aesthetic beauty of 6-8s). As the author of Super/System, one of the most influential poker strategy books of all time, it’s doubtful that Brunson did either… at least not until after winning the WSOP Main Event twice with 10-2.

But even the most logical of players and cynical of thinkers have to admit the strangeness of it all. Did Brunson himself look down at 10-2 in that second WSOP Main Event and feel some sort of cosmic pulse? Did he “just know” that this had to be the way that he would win it?

Despite his obvious knowledge of poker, Doyle Brunson is a superstitious person. Before his retirement, he was known for using a black lighter bearing the Ghostbusters logo as a card protector, which he believed contributed to his good fortune at the poker tables.

Brunson was even once offered $3,500 by Howard Lederer to part with the lucky card protector, an offer that he quickly refused. Ever the hustler, Brunson did used to rent out Casper at a rate of $200 per half hour. Apparently luck can’t be bought and sold, but it can be rented.

Regardless of what Doyle Brunson’s truly believes when it comes to the interaction between skill and superstition, there’s no denying that he was involved in one of the strangest coincidences ever to happen at a poker table.

A hat-tip to Doyle Brunson, formally retired after 50 years as a professional poker player