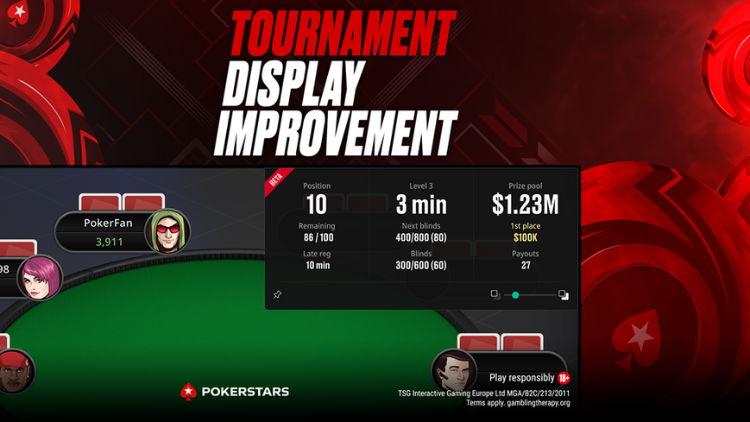 This is where you’ll find all the release notes for the latest software update on PokerStars, as of Thursday 28 July 2022.

Are you a Zoom or KO player? You now have more options

Check out all the new improvements to Home Games

Show stacks in BB now appears as 1 decimal place, instead of 2
Improvements to poker settings

We acknowledge that during recent upgrades to our software several bugs were introduced. We understand this impacted the playing experience and we have since worked hard to remediate many of these bugs, including fixes to:

For more information, or to leave us some feedback, head over to our Discord Channel.