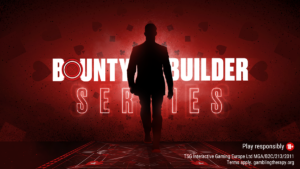 The pros were out to play in the High Roller Club this weekend, and the Bounty Builder Series progressed into the final few days of action. Here’s where you’ll find the latest highlights and PokerStars results.

In the HRC, “Sintoras” of Germany won the Sunday HR for $26,741, while Jussi “calvin7v” Nevalinna of Finland topped the $1,050 Sunday Cooldown for $15,344 (inc. bounties). Hungarian pro Andras “probirs” Nemeth faced the UK’s Talal “raidalot” Shakerchi heads-up on the final table of the $1,050 Sunday Supersonic. Nemeth finished first in the tourney and bagged $19,132.

The Bounty Builder Series Main Events also kicked off on Sunday. “Monopol” of Germany is the official champion of the PLO Main Event, earning a total of $21,383 and an honorary Omaha accolade.

The $530 NLHE High and $55 NLHE Low events are currently on break, and both have surpassed their guarantees. The Main Event Low has reached a total prize pool of over $1.2 million, with first place set to earn $53k plus bounties. The Main Event High has reached a prize pool of over $2.6 million, and first place will walk away with a whopping $159k plus bounties (which could amount to over $300k for the winner!). We’ll update you on the Main Events tomorrow.