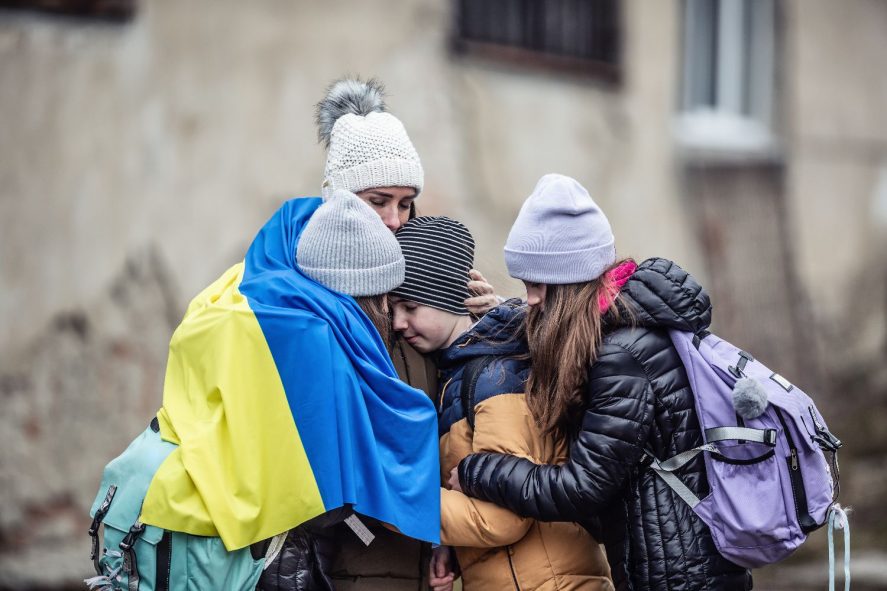 Because the scheme doesn’t match sponsors with refugees, people have been turning to Facebook pages, charities, and other non-profit organisations like Reset that are dedicated to putting British people with homes in touch with Ukrainians who are looking for one.

Fifty-five-year-old Richard from Braintree is one of these people who’ve successfully found refugees to host online.

Richard says, “We originally started asking around if anyone knew of any refugees who needed a place to stay; my partner, Luiza, has friends in Poland. But they were quite slow to come back with people. So then we joined a handful of Facebook groups and responded to a few adverts. And through this, we started speaking to a Ukrainian woman and her nephew.”

But, unfortunately, even after you find someone, many are reporting that the process to apply for visas and get refugees over to the UK is overly complicated and frustrating. As of the 30th of March, more than two weeks since it was announced, the Home Office revealed that 28,300 Ukrainians have managed to apply for the scheme, but only 2,700 have been granted visas.

“I spent four hours on the phone with them filling out forms,” Richard tells us. “These people are running for their lives, literally. They used to live in Kharkiv. Their neighbour’s house was bombed and they saw people being killed, so they decided to run.

“They’re currently staying in a hostel in Warsaw and they’ve literally only got the clothes they’re stood up in, but all these forms and all this bureaucracy is just making it really difficult for them. We just want to help.”