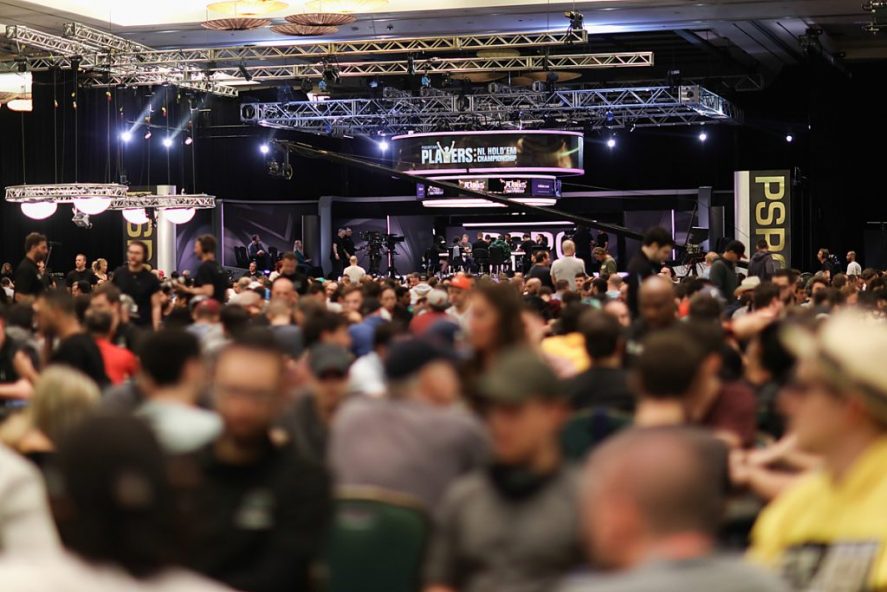 Mega Path is the cheapest and best way to win a Platinum Pass to the PokerStars Players Championship at the Baha Mar Resort in the Bahamas next January.

If you didn’t already know that this article is designed to bring you right up to speed.

It’ll tell you exactly why it’s the best choice for any player like you on a small budget.

It’ll tell you how to get started.

And, it’ll tell you what all the fuss is about these Platinum Passes in the first place.

Ready to get started?

WHAT IS MEGA PATH?

Let’s start at the beginning. Because if you’ve never heard of Mega Path, or if you’ve seen the word here and there and thought nothing more of it, then none of this will make much sense.

But really, it’s quite simple.

Mega Path is a way for players like you to win a seat to the PokerStars Players Championship in the Bahamas next January, for just 50 cents.

Call it a back door if you like. Let others stump up the full $30,000 entry fee while you take the sensible approach that gives you change from a dollar.

That’s not to say it’s easy. And if you’re reading this you already know as a poker player that you have to be on your game. For 50 cents you know they’ll be some work to do.

But as this guide will explain, the process is simple (if tough), and the prize enormous (if exclusive).

But it’s all worth the effort you’re putting in.

None of this is beyond you. This is no pipe dream.

The very idea of Mega Path is to get players to the PSPC for a fraction of the buy-in.

So, if you’re ready to hear more you’ll find lots more below.

But first, a reminder of what the end goal of all this is.

WHAT’S SO SPECIAL ABOUT A PLATINUM PASS TO THE PSPC?

The short answer is that the PSPC is one of the biggest and most thrilling poker tournaments ever held.

And the Baha Mar resort in the Bahamas makes it one of the most spectacle venues (it’s worth a Google).

You might expect us to say that given that it’s the biggest PokerStars event on the calendar. But you only need look back on the first incarnation of the PSPC to understand why.

Back in 2019 it was held at Paradise Island resort in the Bahamas.

Some 1,039 players entered that event. Not only did it create a poker buzz followed from around the world, but it amassed a prize pool that staggered everyone – $26,455,500 in total.

A huge field descended for the PSPC

But the ordinary players who would typically never dream of playing an event that big.

Players like amateur player Jennifer Carter from Toronto, Canada, who sat knitting between hands at the first PSPC. She might do the same in the second given she won a second Platinum Pass months later.

Or Danielle Summer from Bradford, UK. The type of casual player who plays a few hands while cooking at home. She couldn’t believe it when she won one of the first Platinum Passes to be awarded for the PSPC in January 2023.

Or Microstakes player Simon Gilles from Hennef, Germany, who turned 50 StarsCoin into a Platinum Pass.

Just a three examples from many who turned the poker room not into the picture of a typical high stakes poker tournament, but a full colour snapshot of the poker world in general.

Well, he was a then amateur poker player from Spain named Ramon Colillas.

Ramon Colillas won the PSPC in 2019, earning a first prize of more than $5 million

You may have heard of him since then or seen his face around the world. He walked away with $5,100,000 that week.

But it wasn’t just a story of his magnificent victory, and the scenes of his celebrations with friends and family on the TV stage. Everyone who played it came away with something.

So, let’s get back to the details. Starting with what happens next on your Mega Path.

HOW TO GET STARTED

First, we’ll go through how to take part in Mega Path. Then we’ll give you details on how to win tickets to Mega Path and take advantage of a special route to the PSPC.

Mega Path itself is made up of five “Steps”.

Those staps start at zero and go through to Step 4.

To win a Platinum Pass you need to progress through each of the four steps. Win one step and you win your ticket for the next one, and so on.

You can buy in at any step up to Step 3 if you like. But only the winner of Step 4 will receive a Platinum Pass.

As you’ll see from the Steps above, each has a bigger buy-in to the last. Winning one step earns you a ticket into the next.

You’ll also notice they start in the Spin & Go or Sit & Go format before switching to Multi-Table Tournaments from Step 2 onwards.

But remember you can buy in at the level you prefer up to Step 3.

And again, remember there’s a Platinum Pass guaranteed every Sunday without fail, all through Mega Path.

Someone wins. Someone gets a Platinum Pass and a trip to the Bahamas in January next year. Without fail.

But we mentioned that there’s another way to win a Platinum Pass which leapfrogs all of this.

At least it does for a handful of players.

And the even better news is that it all takes place at that cheapest $0.50 Step Zero stage

As well as forming the cheapest jumping off point for Mega Path, Step Zero has another role.

This level will not only grant the winner access to Step 1 of the Mega Path. It could earn you extra Mega Path tickets or even a Platinum Pass.

No need to take on the rest of the Mega Path Steps. We mean an instant win.

So, in short there’s a potential bonus for anyone starting their Mega Path journey right at the start. Back at Step 0.

If you’re looking to write your own hero story, that’s where you should start.

All of this is available already on PokerStars running all the way through to the end of 30 October 2022.

Every week a winner.

And they’ll be more promotions and more chances to win Mega Path tickets along the way.

But what if you’re new to all this and the SNG format?

HOW TO IMPROVE YOUR CHANCES

If you’re unfamiliar with the Spin & go or Sit & Go formats, or if you want to optimise your MTT playing style, you’ll find plenty of help over on the PokerStars Learn website.

That’s where you’ll find everything from basic introductions to expert guides. All written by seasoned poker players who know a thing or two about optimal strategy. And what it’s like to play this type of contest.

You can start with the selection below. But you’ll find plenty more on the PokerStars Learn site itself.

How to satellite into high stakes tournaments

So now you have everything you need to start your own Mega Path to the PSPC in the Bahamas next January.

The 2023 PSPC will take place at the Baha Mar resort

You can find Mega Path games in the PokerStars lobby by searching for them. Or simply go to