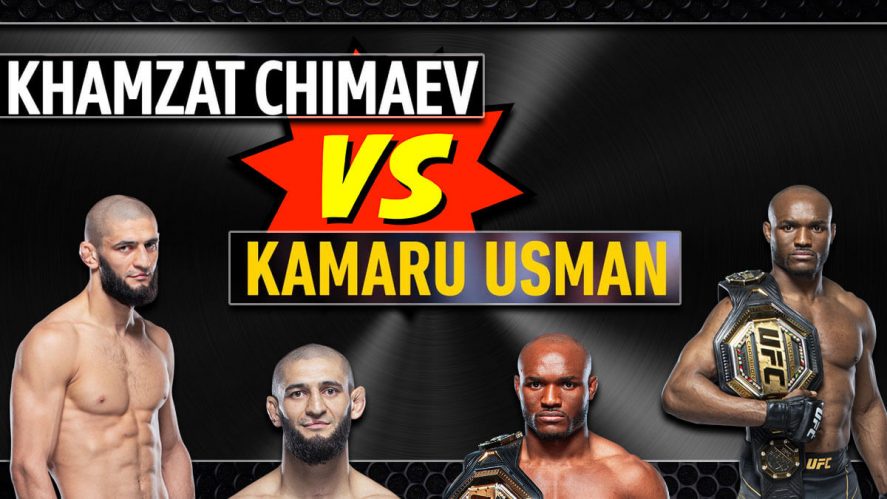 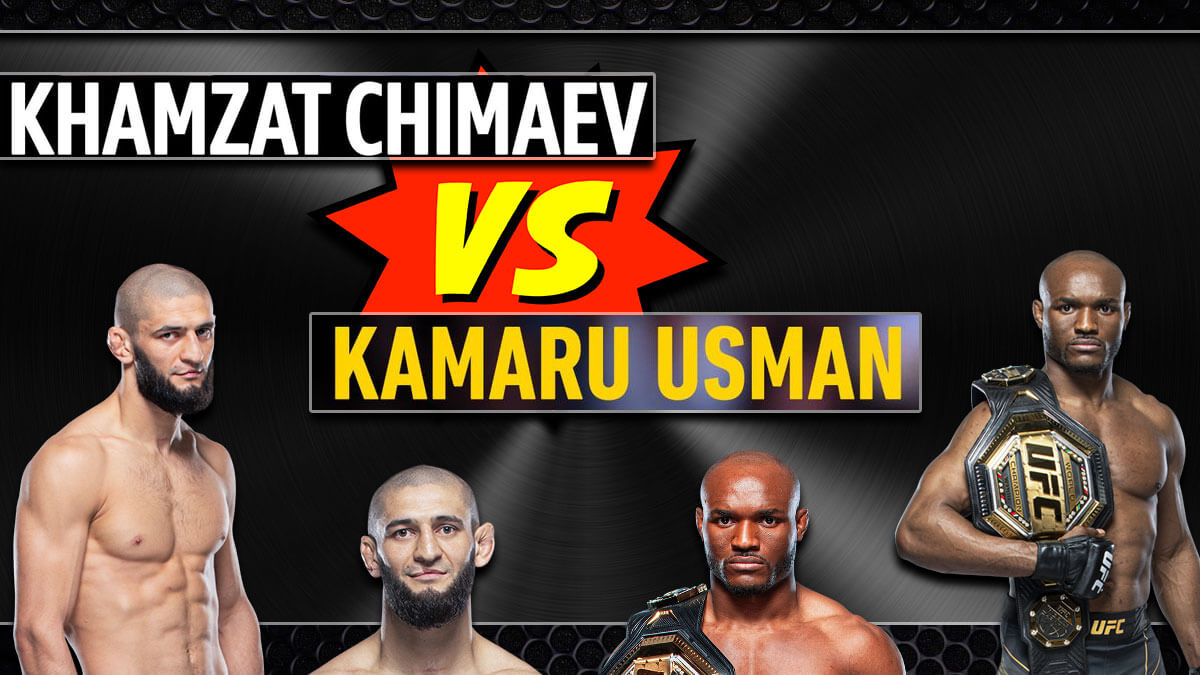 Khamzat Chimaev earned a unanimous decision victory over Gilbert Burns last weekend.
Chimaev now appears to be on a collision course with the welterweight champion, Kamaru Usman.
New odds on Usman vs. Chimaev are now starting to be offered online.

Earlier this month, Khamzat Chimaev proved to the world that he is one of the best welterweight fighters in the world. After his three-round decision victory over Gilbert Burns, more fans are eager to see him inside the Octagon against the 170-pound champion, Kamaru Usman. New odds on Usman vs. Chimaev are now being offered online.

Several steps need to come together for this fight to be made. Khamzat is certainly on the path to a championship, though.

Let’s check out where these men stand in the eyes of the oddsmakers.

Breaking Down the New Odds on Usman vs. Chimaev

The UFC is always looking for bright young stars they can market. That has not been difficult with the Swedish-trained Khamzat Chimaev. He has turned into a superstar in the sport in less than two years and is coming off one of the best so far in 2022 against Gilbert Burns.

Heading into that recent bout, nearly all online sportsbooks listed Khamzat as the massive betting favorite. Many seemed to feel he would simply roll past Burns inside the first round. That was not the case, and these two men went to war for three rounds, with Chimaev being awarded the winner via unanimous decision.

Kamaru Usman is entering this bout as the -135 favorite. Khamzat is coming into this possible fight as the +115 underdog. Another victory against a new opponent for either man could have a major impact on these odds.

It does not appear that the UFC is ready to book the Usman vs. Chimaev fight right away. Instead, the promotion is targeting a fight with their new superstar against one of the top contenders at 170 pounds.

Dana White Hints at Chimaev vs. Covington Later This Year

A huge number of questions surrounded Khamzat Chimave’s last fight. Fans were unsure of just how good he was, as he had never faced a fighter in the top-10 at 170 pounds. Khamzat proved he is elite by earning a hard-fought decision over a former title challenger.

It now seems the UFC is interested in booking a fight between Khamzat Chimaev and Colby Covington. Colby is coming off a dominant win over Jorge Masvidal and remains one of the best fighters at 170 pounds. The winner of Khamzat vs. Colby would likely be in line for another shot against Kamaru Usman.

BetOnline, one of the best online sportsbooks in the world, is already offering its members odds on this fight. It’s clear that the oddsmakers are having a difficult time predicting how this bout might end. The odds for this matchup are closer than might have initially predicted.

Khamzat Chimaev is currently listed as the -155 favorite here. He is an elite wrestler with very effective striking skills. Khamzat showed some holes in his game against Gilbert Burns and will need to correct those to earn a win over a fighter like Colby Covington.

MMA fans seem to have a love-hate relationship with Colby Covington. He is a polarizing figure in the sport with some of the best cardio in all of MMA. Covington will need to hope his wrestling and striking defense will be enough to keep Khamzat at bay. He is currently listed as the +135 underdog.

It’s unclear if Covington will agree to this matchup. There is no doubt that the UFC will work to book this matchup at some point later this year. Stay tuned for more updates on this possible bout over the next few weeks.

Breaking Down the Odds on Luque vs. Muhammad 2

The UFC is not slowing down anytime soon. The promotion is returning this Saturday night with another card live and free on ESPN+. In the main event, welterweight contenders Vicente Luque and Belal Muhammad will be competing in a very exciting rematch.

Fans around the world are flocking to various online MMA betting sites to bet on this fight. Some fantastic odds on the card’s other bouts are available, too. That includes unique prop betting odds on things like how the fight ends and which round a bout will conclude.

Vicente Luque is coming into this bout as the -171 favorite. He is one of the best pure kickboxers in all of MMA. Luque also has tremendous submission skills and has finished his past two bouts via d’arce choke.

Belal Muhammad is entering this rematch as the +146 underdog. Muhammad is a grinder, relying on cardio and wrestling to overwhelm his opponents. He will need to avoid the striking and submissions of Luque to get the win on Saturday.

What do you think of the odds on Usman vs. Chimaev? How do you see this bout playing out? Let us know in the comments section below!