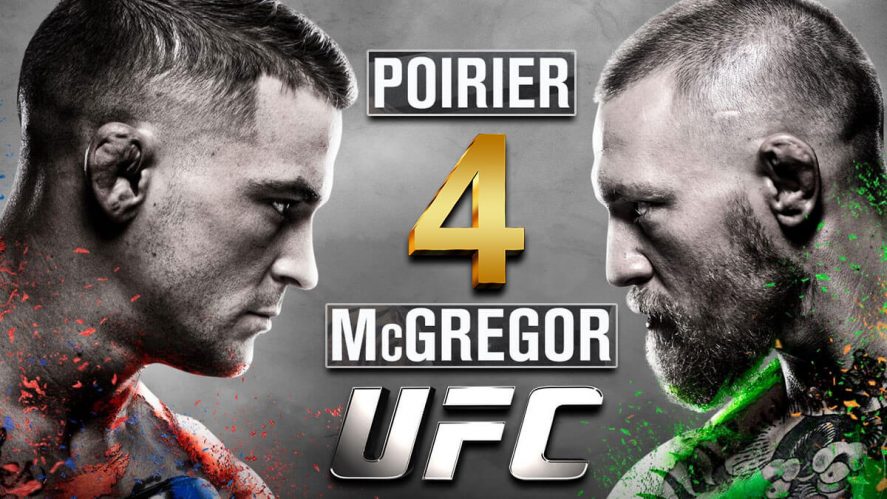 Dustin Poirier and Conor McGregor have fought three times since 2014.
Poirier has not fought since a third-round submission loss to Charles Oliveira late last year.
Rumors are pointing toward the UFC booking Poirier vs. McGregor 4 soon.

Two of the most popular fighters in the UFC may soon be competing for the fourth time. Dustin Poirier became a superstar after his latest win over Conor McGregor last January. New rumors are beginning to surface claiming the UFC may be interested in booking Poirier vs. McGregor later this year.

These two men have competed in three epic fights over the last decade. The fourth would likely be the biggest between them so far.

Here’s what could lead to this fight coming together.

The UFC May Book Poirier vs. McGregor at the End of 2022

Back in 2014, the UFC booked a featherweight matchup between two young up-and-comers, Dustin Poirier and Conor McGregor. The lead-up to this fight stole the show and by the time these men stepped into the cage, fans were at a fever pitch. It took McGregor less than two minutes to score a knockout victory over Poirier.

Six years later, these men competed in a highly-anticipated rematch in the lightweight division. This time, Poirier turned the tables and scored a second-round knockout over McGregor. These men engaged in a trilogy fight in July of 2021, which ended in a bizarre fashion after Conor broke his ankle toward the end of the first round.

Poirier went on to fight for the lightweight belt and lost via submission in the third round. He has been sitting on the sidelines ever since. This week, Poirier spoke to his fans via Twitter and claimed that the UFC may now be interested in booking a fourth fight between McGregor and himself.

There is no doubt that Poirier vs. McGregor 4 would draw in major fan interest. Some feel the UFC would be risking one of their most popular fighters by putting him in with a man that has already defeated him twice. Instead, the UFC could be interested in pitting Conor McGregor into a trilogy fight against a fellow superstar, Nate Diaz.

The UFC’s lightweight division is loaded with talent right now. In less than a month, the division’s title will be put on the line once again!

Breaking Down the Latest Odds on Oliveira vs. Gaethje

On May 7, the UFC lightweight belt will be up for grabs once again. Charles Oliveira, the champion, will do his best to earn yet another defense of his title. In his way is Justin Gaehtje, a powerhouse striker coming off a “fight of the year” against Micheal Chandler. BetOnline is already providing some fantastic odds on this upcoming matchup.

Charles Oliveria is coming into this fight as the -160 favorite. Justin Gaethje is currently listed as the +140 underdog. Both of these men are skilled strikers and grapplers and their fighting styles will almost certainly produce an epic fight inside the Octagon.

This fight will have huge implications for the lightweight division. Some even feel the winner will end up fighting McGregor after he is healed from his leg injury. UFC President Dana White continues to hint at Conor receiving an immediate title shot upon his return.

Anything can happen in MMA. For now, fans can sit back and look forward to the epic title fight between Oliveira and Gaethje in May. This week, the UFC returns with another card live and free on ESPN+!

There’s Still Time to Bet on Luque vs. Muhammad 2 Online

MMA betting is growing more popular every single month. Part of the reason for that is the UFC’s consistent schedule. This promotion works to put on exciting events on a regular basis and is returning this Saturday night with a fun card headlined by two elite welterweights.

Nearly all online sports betting sites are listing Vicente Luque as the -171 favorite leading into fight night. He is a phenomenal striker and already has a knockout over Belal on his record. It would not be a shock to see him earn another KO this weekend.

Belal Muhammad enters this rematch as the +153 underdog. He is a tough, gritty wrestler that prefers to take his opponents down and control them. He won’t get many style points, yet he has an effective style against nearly every opponent.

This entire card is loaded with fun fights. BetOnline is providing its members with excellent odds on every single one of the event’s matchups. Feel free to check out an in-depth betting pick for this fight here.

Would you be interested in seeing Poirier vs. McGregor 4? How do you think this fourth fight would play out? Let us know in the comments section below!