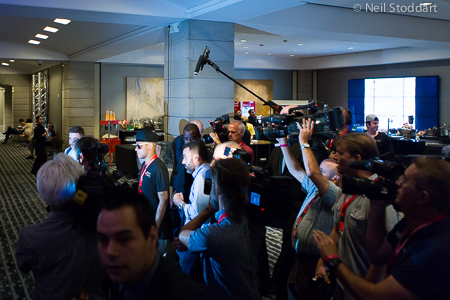 The screen is black and the subtitles appear:

“All superhero movies start with tragedy and chaos. Chaos emerges, and the superhero is born.”

The main difference between the superhero who stars in this movie and the likes of Batman, Superman and Captain America is that this superhero is real. His name is Neymar Jr., and a new film, released next week, promises to peer behind shroud of mystery that surrounds one of the world’s greatest athletes.

Neymar Jr., the Brazilian superstar soccer player and PokerStars’ leading ambassador, will reveal all in a one-off Neflix special, which screens for the first time on Tuesday, January 25. It’s called Neymar: The Perfect Chaos — a title that encapsulates so much of what we know about the enigmatic, often misunderstood sporting genius.

“I didn’t choose to be a superstar,” Neymar says in the trailer. “I’d much rather be anonymous than famous.” But the screen shows him walking the red carpet wearing a jacket fashioned from shimmering mirrors, and stepping through thousands of fans into a limousine.

The Perfect Chaos, Neymar says, will allow people to “get to know me”. It offers a chance for people to understand the man behind the contradictions, the player dismissed as some as petulant, but revered by others as an icon, a role model for millions of young soccer lovers aiming to play their way out of poverty. (Read: Who Is Neymar Jr., our factfile on the superstar.)

It’s not known how much poker, if any, will feature in The Perfect Chaos, but certainly our interactions with him at the poker tables show someone keen to avoid the glare of the spotlight, but effortlessly polite when it falls on him.

Neymar was first introduced to the poker world in a whirl of publicity in Barcelona, but at the same venue, he has often been spotted taking a seat in an anonymous tournament room, playing for comparatively tiny sums.

Poker has also shown that Neymar is committed to self-improvement. His game has come on significantly from those early days, and most recently, during Winter Series, he made at least two final tables and finished third twice. One of those successes was in a $10K High Roller, where he led the field heading into the final table.

But it will always be on the soccer field where Neymar is most accomplished. The new documentary lines up the superstars to tell what they know about the Brazilian: David Beckham, Ángel Di María, Luis Suárez, Kylian Mbappé and Lionel Messi are all set to feature.

It’s also clear that the film is packed with never-before-seen footage from the future superstars earliest days. We see images of the young Neymar, shyly talking to the camera describing his footballing ambition, then snaking across the soccer field revealing dazzling skills far superior to anyone else on the pitch.

“I started playing early, got famous early, got rich early,” Neymar says. “Everything went from zero to 100.”

The movie promises to tell us now only how that happened, but what it feels like — both from the man himself and his inner circle. Get ready to hit Netflix on Tuesday to find everything out.