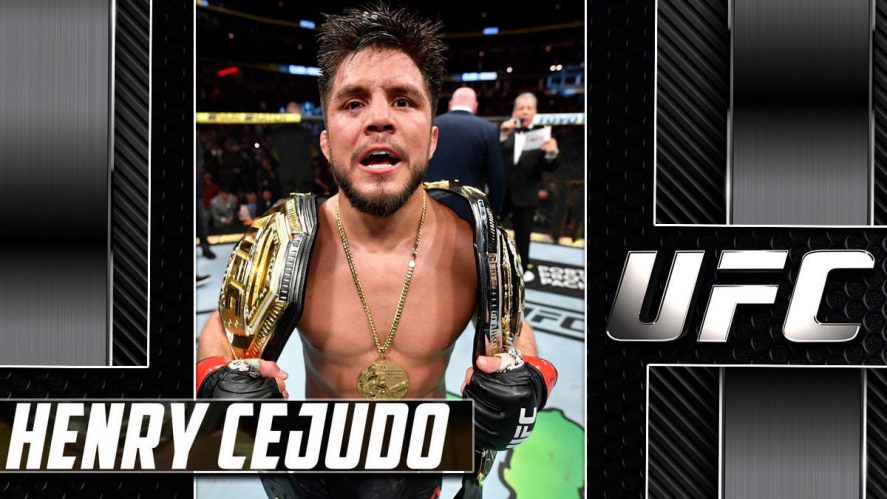 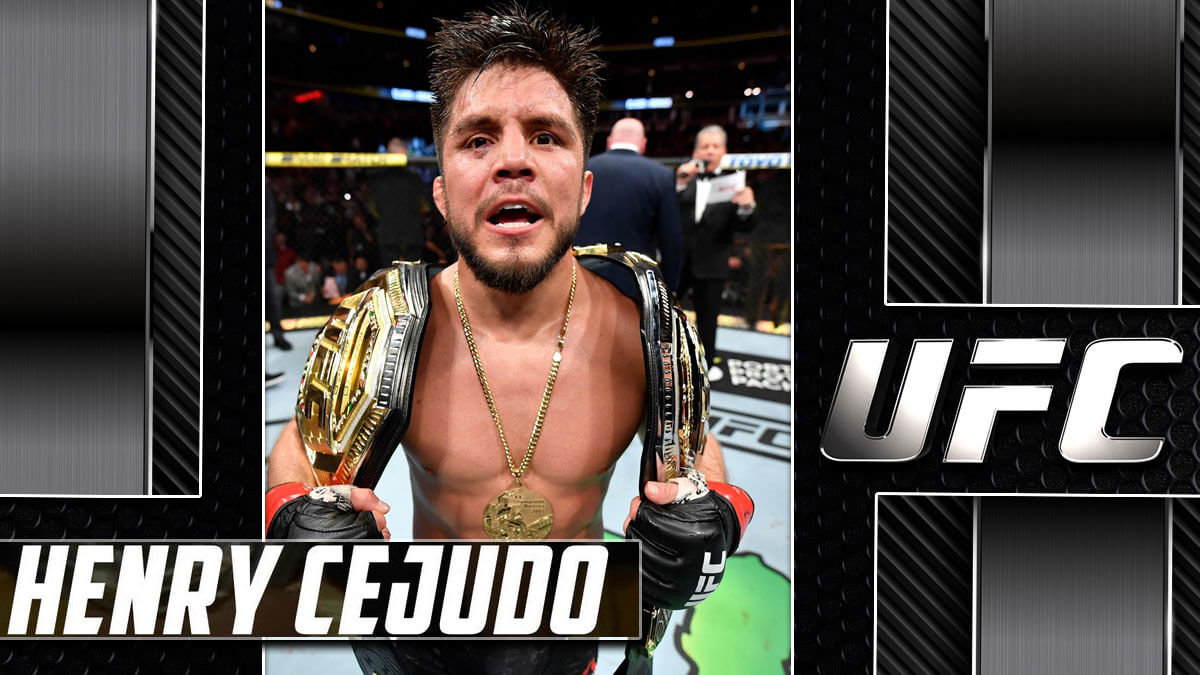 Henry Cejudo announced his retirement from MMA after a win over Dominick Cruz in 2020.
Reports have confirmed that Cejudo has re-entered the USADA testing pool and will fight again.
Odds on Henry Cejudo’s return fight will become available in the next few months.

One of the greatest mixed martial artists is ready to make a return to the cage. Reports have confirmed that Henry Cejudo has re-entered the USADA testing pool, setting him up for a fight later this year. Soon, odds on Henry Cejudo’s return fight will become available to fans.

This is a huge development for fans and all of the fighters in the UFC’s bantamweight division. It seems that Cejudo is ready to once again compete for a world title.

Here’s what you need to know about “Triple-C’s” comeback.

There is an argument to be made that Henry Cejudo is the best MMA fighter of all time. He captured the UFC’s flyweight division in 2018 against Demetrious Johnson, one of the sport’s best pound-for-pound athletes. He defended this title five months later against the then-bantamweight champion, TJ Dillashaw.

In mid-2019, Cejudo moved up in weight and won the bantamweight title against Marlon Mores. In what would be his final MMA fight before retirement, Henry scored a second-round TKO over Dominick Cruz. Cejudo has hinted at coming back over the years, yet never pulled the trigger.

This week, reports confirmed that Cejudo has officially chosen to enter back into the USADA testing pool. There is now a six-month testing period before Cejudo will become eligible to compete. Obviously, fans were excited to hear that the former two-division champion is planning to once again step into the cage.

Interestingly, it seems that Cejudo plans to return to the featherweight division and is eyeing a fight against the current featherweight champion, Alexander Volkanovski. He issued a challenge to the champ on Twitter over the weekend.

@alexvolkanovski you’ve inspired me to come back. When it comes to wrestling…you couldn’t pin a tweet. I would take you down and choke you out quicker than a McGregor relapse. Sign the contract. https://t.co/3gX1oI1bNO

“@alexvolkanovski you’ve inspired me to come back. When it comes to wrestling…you couldn’t pin a tweet. I would take you down and choke you out quicker than a McGregor relapse. Sign the contract.”

Odds on Henry Cejudo’s return fight are not yet available. It’s still unclear who exactly he will compete against first. Below is a look at some of the most likely scenarios.

Predicting the Next Opponent for Henry Cejudo

No one can deny the skill of Henry Cejudo. He is a former Olympic gold medalist in wrestling and was able to take down some of the best wrestlers in the sport. He also improved his striking skills tremendously, earning knockouts over elite opponents like TJ Dillashaw and Marlon Moraes.

It now appears that Cejudo’s next fight will take place in the featherweight division. He will certainly push for an immediate fight against the champion, Alexander Volkanovski. It seems unlikely that the UFC will grant him a shot in a weight class he has never competed in, though.

Assuming he needs to fight against a contender, a bout against Brian Ortega would be exciting. Brian is one of the best jiu-jitsu fighters at 145 pounds with very good boxing skills. It would be fascinating to see how Henry fares against a man with that level of grappling.

A win against Calvin Kattar would also likely be enough to earn Cejudo a title shot. Kattar is coming off a career-best performance over Giga Chikadze. He is one of the best strikers in MMA and poses some major problems for Henry on the feet.

As soon as his opponent is announced, odds on Henry Cejudo’s return fight will be released by popular online sportsbooks like BetOnline. It would not be a shock to see him coming into some of these fights as the betting favorite. A future fight between Cejudo and Volkanovski would certainly draw in major fan interest from fans.

2022 is shaping up to be a massive year for the UFC. Now is the perfect time to look at the promotion’s next fight taking place this Saturday night.

Breaking Down the Odds on UFC: Luque vs. Muhammad 2

The UFC is coming off a very exciting event last weekend. It was the promotion’s third Pay-Per-View event of the year, headlined by two elite title fights. The promotion is slated to return this Saturday night with a free card, live on ESPN+.

Fans around the world are flocking to different online MMA betting sites to bet on this entire event. The main event between Vicente Luque (-170) and Belal Muhammad (+145) is shaping up to be a good one. The winner may find themselves in a number-one contenders fight late this summer.

The fight between Drakkar Klose and Brandon Jenkins is a huge one for the lightweight division. Klose (-500) is ready to return after a neck injury sustained prior to his fight against Jeremy Stephens last year. Jenkins (+385) is a wild fighter pushing to earn his very first win in the UFC.

This entire card is loaded with fun matchups. The odds for these bouts are offering fans some huge opportunities to win big. Head over to BetOnline today to see where all of the fighters on this card stand in the eyes of the oddsmakers!

Are you excited to see the odds on Hrny Cejudo’s return fight? Who do you want to see him competing against? Let us know in the comments section below.