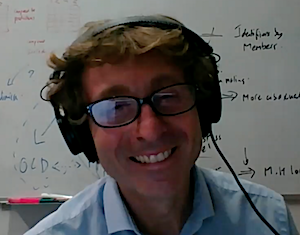 This week marks the 15th anniversary of the release of the famous “poker” James Bond movie, Casino Royale, the first to star Daniel Craig as the famous agent 007.

To mark the occasion, this week’s episode Poker in the Ears finds hosts James Hartigan and Joe Stapleton talking Casino Royale from start-to-finish.

Many remember the film appearing at the height of the “poker boom.” Thus did the filmmakers’ decision to change the primary card game from baccarat (as it was in the original novel and earlier adaptations) to no-limit Texas hold’em seem particularly apt at the time.

Poker players have revisited the film and its several poker scenes many times over the years, picking apart the actions and strategy of Bond, his nemesis Le Chiffre, and others in the film.

For this week’s discussion of the film, James and Joe have quite a treat for those who think they’ve exhausted all there is to know about the hands played on Le Chiffre’s yacht, in the Bahamas, and in the big tournament at Casino Royale in Montenegro — behind the scenes information about how the hands were written and shot!

And how are they delivering that information? By having as a guest Dr. Tom Sambrook, the man who worked as a poker consultant on the film.

At the time Dr. Tom (whose two Ph.D.’s earn him the “Dr.” title) was working as a poker commentator in the UK on Poker Night Live and Sky Poker. He was also involved in acting, which led to his ultimately getting called upon to help the makers of Casino Royale with the film’s poker scenes.

On the show Dr. Tom shares how he helped shore up certain details of the hands already written out in the script. He and Joe also compare notes on being a poker consultant, as Joe recently performed a similar role for the Paul Schrader film The Card Counter.

Also, Dr. Tom shares the complete hand history of the climactic final hand, the dramatic four-way all-in that ends the tournament at Casino Royale. Whereas the action picks up on the turn in the movie, there were notes indicating preflop and flop action as well among the four players, and Dr. Tom tells all.

There’s more Bond and Casino Royale in the show as well, including listener reviews of the film and this week’s Casino Royale-themed Superfan quiz in which Joe is challenged by Liam Devine. Incidentally Liam, a.k.a. Hawkogen, is among the Dare2Stream contestants we met yesterday.

Also, be sure to join the #PITE community at psta.rs/Discord, and don’t forget to subscribe!