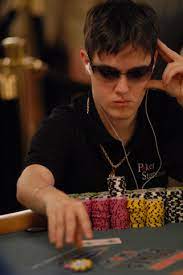 Today we return to 2006, with new records set in live poker and online…

The year 2006 was yet another banner year for PokerStars and its valued players. It was a year of change, improvement, and success. Now licensed in the Isle of Man, PokerStars made every effort to give its players the best experience in online poker. From translating its web site to a number of different European languages to offering its 38 millionth tournament, PokerStars grew to be the biggest online poker site and was named the best poker site by the readers of Bluff magazine. PokerStars continues to serve every level of player with the best of its ability, from the play money players to the people frequenting the big $100-$200 NL games hosted by Barry Greenstein.

Here’s a look back at 2006 and all the fun at PokerStars.

PokerStars opens doors on VIP Club–The move was widely-anticipated and applauded across the board. On the first day of the year, PokerStars unveiled its new VIP Club. The move opened the door on a whole new level of rewards for PokerStars players. Suddenly, just for playing, players found themselves able to use their Frequent Player Points to buy high-end electronics, WSOP seats, or even brand new cars. By September, Supernova Dario Minieri would use his FPP points to buy a new Porsche.

Steve Paul-Ambrose wins 2006 PokerStars Caribbean Adventure–For the second year in a row, PokerStars held its annual PokerStars Caribbean Adventure at the luxurious Atlantis Resort and Casino on Paradise Island in the Bahamas. More than 700 players showed up to compete for a $1,363,100 first prize. After several days of battle in paradise, Canadian college student Steve Paul-Ambrose took first prize and a place on the elite Team PokerStars.

PokerStars hosts first World Championship of Battleship Poker–During the 2006 PokerStars Caribbean Adventure, PokerStars hosted the first-ever World Championship of Battleship Poker, an event that put players in heads-up competition online at PokerStars while they sat across from each other in real life on laptops. Some of the world’s top professionals played in the event. When it was all over, well-known player Michael “LuckyLady519” Banducci walked away with the title and the first WCBP title.

PokerStars unveils the PokerStars Sunday Million–It had seemed to be in the cards for quite a while. In February, PokerStars made it official. Every Sunday, PokerStars guarantees a $1 million prize pool in its weekly $215 no-limit hold’em event. The Sunday Million is now the biggest weekly tournament on the planet.

Lee Nelson joins Team PokerStars–Coming off a strong finish in the Aussie Millions, Lee Nelson found a home on Team PokerStars and has since been playing in the biggest tournaments online and around the world.

Jeff Williams wins EPT Grand Final in Monte Carlo–It was the biggest event in European Poker Tour history and the winner was none other than a young college student from the University of Georgia. Nineteen-year-old Jeff Williams ran roughshod over the competition and emerged the victor, taking home more than $1 million.

Premier plays HORSE with Mark Cuban –In one of the most unique uses of Frequent Player Points and the PokerStars VIP Club, well-known player Premier used his FPPs to play a game of HORSE with Dallas Mavericks owner Mark Cuban.

PokerStars deals Five Billionth hand to MaraJade–During the month of May, PokerStars marked its five billionth dealt hand with a major celebration. A young woman who goes by MaraJade online (in real life, her name is from Manuela and she is from Germany) won the five billionth hand. PokerStars awarded her $57,500 for winning the milestone hand. She said she planned to use the money to fund a surgery she needed to save her sight.

PokerStars hosts biggest WSOP satellite in history–In the final days before the 2006 World Series of Poker main event, PokerStars hosted a massive satellite to the event, awarding 255 seats to PokerStars players, more players than the entire playing field of the 1993 Main Event. By the time the main event started, more than 1,600 PokerStars qualifiers were signed up to play.

PokerStars kicks off Moneymaker Millionaire online freeroll–July marked the beginning of a five month $2.5 million freeroll on PokerStars. Thousands of people competed in the three-round event that eventually sent 27 people to the Bahamas to compete for the $1 million first prize.

Team PokerStars gets much bigger–As the World Series of Poker picked up steam, the ranks of Team PokerStars grew by leaps and bounds. Barry Greenstein, Bill Chen, Victor Ramdin, and Humberto Brenes all joined the elite group and remain with the team to this day.

PokerStars upgrades software–With the World Championship of Online Poker on the horizon, PokerStars gave its players a number of fantastic software upgrades, including resizable tables, selectable themes, and new game options like HORSE and HOSE.

Vicky Coren wins EPT London–Though ladies had made final tables in the past, for the first time ever, a woman took first place in a European Poker Tour event. Well-known English player Vicky Coren took the title at the EPT event in London, winning 500,000 pounds.

5th Annual World Championship of Online Poker–PokerStars kicked off its biggest WCOOP ever, hosting 18 events, including Razz and HORSE. The series included millions of dollars in prize money and the prestigious $5,000 buy-in HORSE event hosted by Barry Greenstein. Over the course of the 18 events, players from 89 different countries played poker in search of a WCOOP title. From Bangladesh to Belize, from the Faroe Islands to Finland, from Macedonia to Malaysia, players built prize pools that grew in excess of $18.5 million.

Joe Hachem wins WPT Five Diamond–It was a moment that validated everything we already knew. Joe Hachem, barely more than a year after winning the 2005 WSOP, won the WPT Five Diamond championship event. His efforts earned him more than $2.1 million and membership in an exclusive club of only five people who have won both a WSOP main event bracelet and a WPT title.

Santa Claus gives away money on Christmas eve–In the hours before Christmas, the jolly old elf sat down at countless tables on PokerStars and gave away money to all the players he could.

Now, we look forward to 2007. The 2007 PokerStars Caribbean Adventure is just days away. After that, we have another 12 months of poker and fun. Thanks for making 2006 as great as it was. Here’s to another great year in 2007.