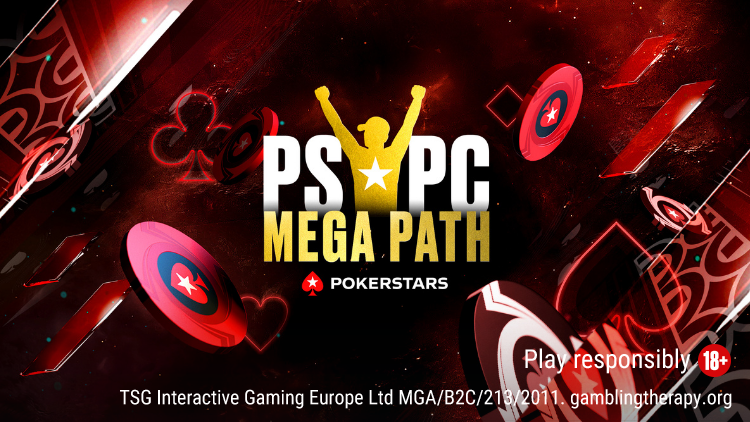 There are lots of ways you could win a Platinum Pass to the PSPC 2023, both online and live. Find out how below.

A lot has changed in the world since 2019, but one thing certainly hasn’t:

But what made it even more special was that many of the players were on a complete freeroll, having won a Platinum Pass worth $30,000 in the build-up to the event.

Now we’re doing it all over again.

Earlier this month, PokerStars announced that the PSPC will return for its long-awaited second inning in 2023, taking place at the stunning Baha Mar Hotel & Resort in Nassau, Bahamas, from January 22 through February 3, alongside the exciting return of the PokerStars Caribbean Adventure (PCA).

And there’s a whole load of Platinum Passes that need winning.

That’s why both the PSPC Mega Path and Road to PSPC are also returning, giving you the chance to win your way into this epic tournament for a fraction of the cost.

Each Platinum Pass is worth more than $30,000 and includes:

$25,000 buy-in to the PSPC 2023 event
6 nights’ hotel accommodation for the winner and a guest in a 5* hotel
Airport transfers
Bespoke PSPC merchandise
$1,900 in expenses
Plus Platinum Pass winner experiences during the event

Here’s how you can win one from just 50 cents.

START YOUR MEGA PATH TO THE PSPC TODAY

Running from April 26 right through to October 30, PokerStars is giving players of all levels the opportunity to win a Platinum Pass every week with the PSPC Mega Path.

With this route, players could be spending their January in the Caribbean playing for millions from as little as $0.50.

In order to win the Platinum Pass, players must make their way through the four different steps. All you have to do is win at one Step, then you’ll get a ticket for the next stage.

Players can buy in at any Step but Step 4, and the winner of Step 4 will win the Platinum Pass.

More details on how to play can be found at PokerStars.

MORE ABOUT THE PSPC: OFFICIAL PAGE | ALL BLOG REPORTS

GET ON THE ROAD TO PSPC

And that’s not the only way to win your way to the Bahamas.

For those who love live tournament action, PokerStars is also offering plenty of chances to win a Platinum Pass through the Road to PSPC.

There’s a host of low buy-in live tournaments throughout the year with a Platinum Pass up for grabs for the winner.

The Road to PSPC kicks off in June, with the following events taking place:

For those who want to get involved for less, feeder satellites from as little as €1.10 will be running for each of the events at PokerStars, giving even more players the chance to win their way to the second-ever PSPC.

Details on the Road to PSPC events can be found at PokerStars Live.

With both of these routes, players can aim to follow in the footsteps of Ramon Colillas, who picked up a cool $5.1 million after winning a Platinum Pass to the record-breaking debut event.

He topped a field of 1,039 players, who helped make the PSPC the biggest $25,000 tournament in poker history.

Ramon Colillas won on the inaugural PSPC in 2019

“At the PokerStars Players Championship, anything is possible, but you have to get there first,” says Colillas. “Opportunities don’t just happen, you have to create them and winning a Platinum Pass is the perfect way to make sure that you don’t miss out on this once in a lifetime opportunity.”

Throughout the year there will be additional ways to win a Platinum Pass through exciting community giveaways and promotions. Players should keep their eyes peeled for more to come!