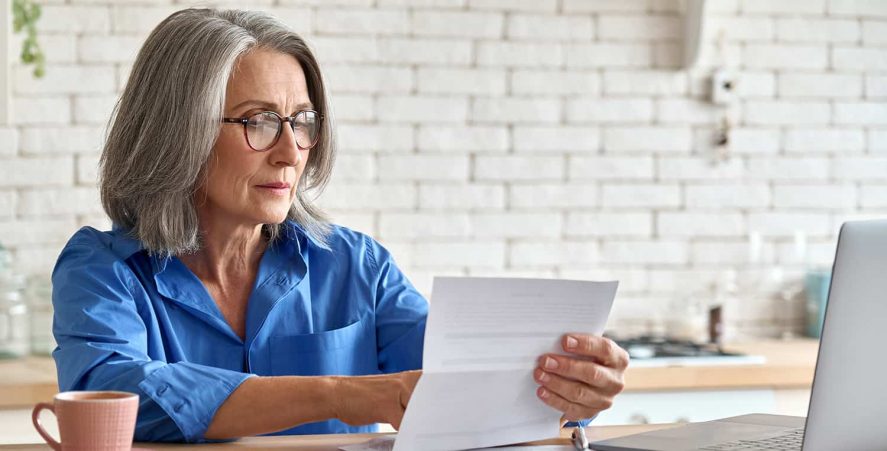 Pension freedoms introduced back in 2015 mean that most people can do as they wish with their retirement pot from the age of 55.

There is a wide range of options available, including taking cash lump sums, remaining invested while drawing an income, and buying an annuity to produce an income for life. While the choice may be welcome, it can be tricky knowing how to make the most of your lifetime savings, whilst ensuring they will last throughout your retirement, however long that might be.

We spoke to some of our Rest Less members about how they’re using their pensions to provide them with retirement income.

Mrs D, 65, from Sheffield, South Yorkshire, started drawing an income from her pension in November 2021 after a difficult year following the death of her husband.

She said: “I lost my husband in September 2020 to cancer very suddenly so the last year has been horrendous. I’ve been living off savings and bereavement benefits for a year and needed help to deal with my pension.”

Mrs D had four private defined contribution pensions worth a total of about £140,000 and employed a financial adviser to manage these. “I wasn’t sure what to do. But I knew I didn’t want to buy an annuity because I wanted to draw what I want, when I want.”

Her adviser combined the pensions into a drawdown plan with Aviva, which can be easily monitored on an online platform. She holds a range of medium to low-risk funds, and pays her adviser a 0.75% fee a year. “I can’t afford to lose money, so this level of risk was right for me,” says Mrs D, who worked as an office administrator.

She will start receiving her State Pension in December 2022 and until then, she’s determined to minimise the amount of tax she pays on pension withdrawals. She’s expecting to get the full State Pension, currently at £179.60 a week for 2021/22.

“I will only take about £1,000 a month from my pension to stay under my personal allowance,” she said. The personal allowance is the amount you can earn each year before being subject to tax, and currently stands at £12,570 for the 2021/22 tax year.

She chose not to take any tax-free cash from her pension, as she already has savings which may be used to supplement her income if needed. “Besides, savings rates are abysmal at the moment, so I’d rather stay invested,” she said.

Her income requirements are currently low, as spending has been limited without any holidays during the pandemic. When she receives the State Pension she will reduce the amount she takes from the drawdown plan to £4,000 a year.

Fortunately, Mrs D has been reassured she has enough saved in her pension and cash savings, alongside equity in her home to tap into if needed in retirement. Ultimately, she’s relieved she sought financial advice at a difficult time.

She said: “I feel comfortable with my adviser and it’s a huge help, as it can be a nightmare knowing what to do otherwise.”

Mr K, 62, from Ipswich, Suffolk is managing his pension drawdown plan himself now he’s stopped working, after reading about retirement planning for many years.

He said: “I feel I have a good understanding of everything relevant to my situation. In the past I have paid professional financial advisors, but I no longer need to.”

He started making “serious plans” towards retirement in his early fifties, and retired from his job as a retail manager 18 months ago. “Years ago the thought of making the correct decision about annuities was certainly a worry. However the new rules, and the flexibility of drawdown has made life so much easier – you feel in control,” he said.

In April 2021, he chose to move his personal pension from Aviva to a drawdown plan with Vanguard. He has about £80,000 left in this pot, invested in a split of 40% stocks and shares, and 60% bonds, which is the level of risk he’s comfortable with. Ongoing fees for the Vanguard plan are low at just 0.22% a year.

He said: “This level of risk means I don’t have to be too concerned about the ups and downs of the market, and this is an off-the-shelf pension. I simply don’t want the stress of choosing funds – I’m retired after all!”

He also has an Aegon defined contribution pension valued at about £120,000 which he will draw from in the future, and a defined benefit pension with L&G paying about £10,000 a year, plus a lump sum of about £60,000. When necessary, he will draw about 3.5% to 4% from the Aegon pension, but hopes to preserve its original value.

He said: “There are also ISAs and the State Pension. I would say my overall situation is above average, but way below many people who have pots running into millions.”

Mr K believes that many people should seek professional financial advice, despite currently managing his drawdown plan himself. “It’s so easy to make mistakes or not understand the impact a poor decision can have on your finances years in the future.”

But he added: “I would absolutely encourage people to spend time understanding pensions and not give up because it seems confusing. If they have a simple situation and understand the rules, they can make their own decisions.”

Mr J, 54, worked for the Civil Service before taking his pension benefits early, and moving in with his elderly mother to care for her.

“I was lucky enough to be able to take my Civil Service pension at age 50,” said Mr J, who gave up work and claimed his pension at age 50 because of health issues, after paying into the scheme for 20 years.

He received a tax-free cash lump sum, and currently gets an income of more than £300 a month from the scheme. Along with inheritance, cash savings, benefits and other investments this provides him with enough income until he can claim the State Pension.

He said: “There are a lot of ifs and buts but if the State Pension keeps increasing it could be about £280 a week when I reach retirement age, in about 13 years’ time. That’s not a bad non-working income.”

As he’s been caring for his 90-year-old mother, who passed away recently, his outgoings have been minimal. He’s been receiving Carer’s Allowance at £67.70 a week. “This involved quite a big form to complete initially, but medical records easily confirmed mum’s need for a carer,” he said. “It’s important to check what benefits you’re entitled to.” Find out more about Carer’s Allowance and whether you might be eligible to claim it in our guide What is Carer’s Allowance and who gets it?

Previously, he worked for the NHS part-time for 16 years, and has savings built up during that time in two self-invested personal pensions (SIPPs) which currently have a combined value of around £40,000. He intends to cash this money in when he reaches age 55 in September 2022.

Mr J is single, child-free and doesn’t pay rent or a mortgage. “These factors might affect other people’s choices although I say, you never know what’s around the corner,” he said. “My plans are going to need a few changes in the future now my lovely mum has passed away.

You can still make money, even into old age, but the richest person in the world can’t afford even one extra second of life, so why waste time doing a job – or anything – you don’t enjoy. I’m happy with the choices I’ve made so far.”