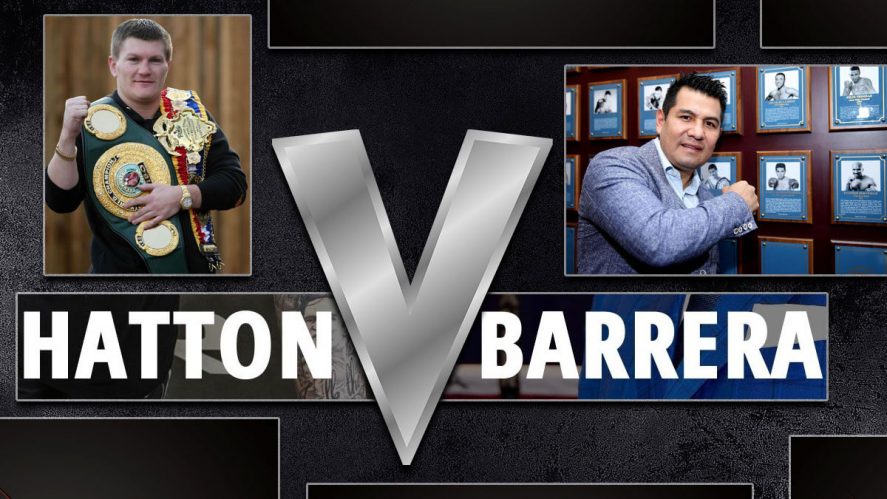 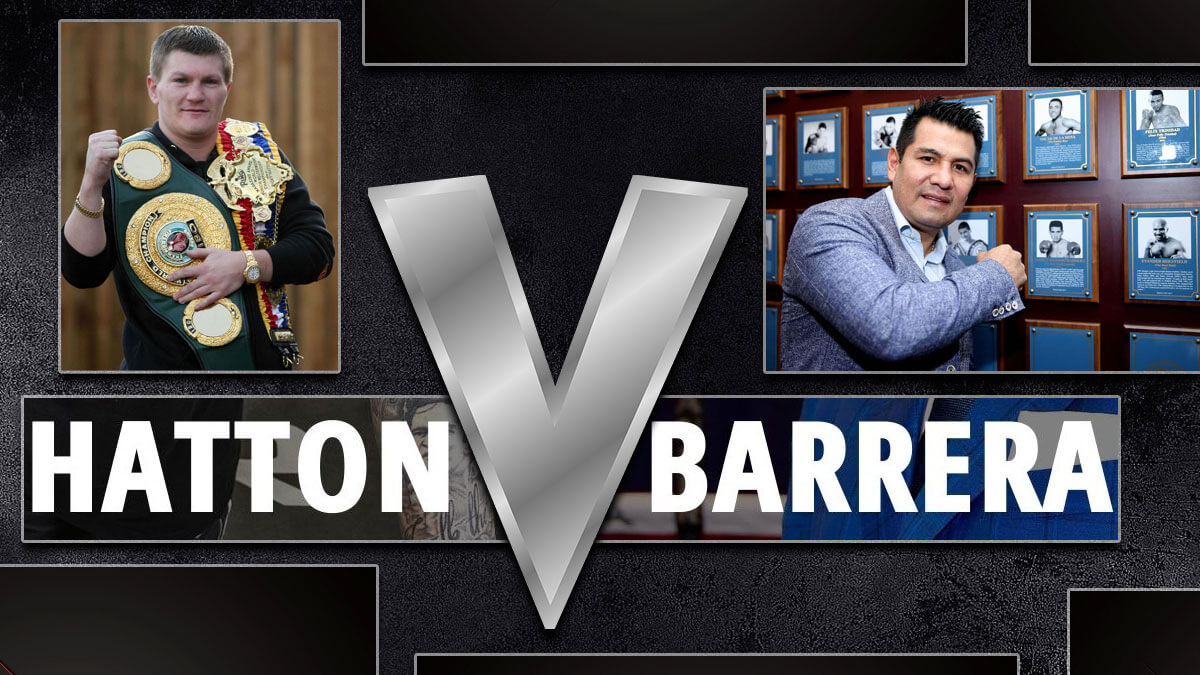 Ricky Hatton announced his retirement from boxing in 2012 after two-straight losses.
Reports confirm Ricky Hatton’s return to boxing will take place on July 2.
Dan Hardy is set to box Diego Sanchez on the undercard of the July 2 event.

One of the UK’s most legendary boxers appears ready to step back into the squared circle. Reports have just surfaced that confirm Ricky Hatton’s return to boxing on July 2. Hatton is set to compete against Marco Antonio Barrera, a fellow legend of boxing coming off a long retirement.

Fans around the world were shocked to hear that Hatton will be competing as a boxer again. He’ll be looking to put on a show in front of his fans in Manchester.

Here’s what you need to know about the return of Ricky Hatton.

Through the late 1990s and mid-2000s, Ricky Hatton was considered by many analysts to be one of the best boxers in the world. He won several world titles in the light-welterweight division and racked up a perfect 43-0 record by 2007. Tough losses to Floyd Mayweather and Manny Pacquiao later in his career led to Ricky’s retirement in 2012.

After hanging up the gloves, “The Hitman” moved into a trainer and promoter role. He has helped to develop a huge number of talented young prospects based in the UK. Not many expected to hear that Hatton would ever decide to step into the ring as a fighter again.

This week, news broke that Ricky Hatton’s return to boxing will be taking place on July 2 in Manchester, England. Hatton is set to fight Marco Antonio Barrera, another fighter coming off a long layoff. Barrera is a legend in his own right, having won world titles in several weight classes during his illustrious career. Hatton spoke about his return through his Twitter account earlier today.

“I can confirm my return to the ring,” Hatton posted. “Join me for a huge party night – with top music acts – in Manchester on July 2. It’s not how you fall, it’s how you rise…”

It may not be long before various online boxing betting sites begin offering odds on Hatton vs. Barrera. We’ll be sure to offer updates on these odds as soon as they become available.

Dan Hardy vs. Diego Sanchez is Set for Undercard Bout

Ricky Hatton is not the only well-known UK combat sports star set to break retirement this July. Sources have also confirmed that former UFC welterweight title contender Dan Hardy is set to fight on the July 2 card, as well. He will be boxing against Diego Sanche on the undercard of this event.

Hardy was forced to end his career in the UFC after he was diagnosed with a Wolff-Parkinson-White heart pattern. He has not completely ruled out the possibility of fighting again, though. It seems that a boxing match against Diego Sanchez was enough to pull him back into the fight game.

Sanchez is well past his prime as a fighting superstar. He had a good showing against Kevin Lee in his last bout, however, proving he can still fight at a high level. This will be Diego’s first time competing as a boxer and fans will be interested to see how he looks inside the ring, as opposed to a cage.

Expect to see sites like BetOnline providing odds on this bout before long. Hardy is more of a pure striker and will likely come into this bout as the favorite. The aggression and durability of Sanchez could make him an attractive underdog bet for many fans.

This week, some of the UK’s best and most popular boxers are preparing to compete for world titles. Below is a look at the odds for some of these matchups.

The United Kingdom has always produced great boxers. Over the last decade, several UK-based boxers have established themselves as the best in the world. There is a real argument to be made that the UK is now the world’s hotbed for boxing talent.

Tyson Fury is considered the best UK boxer alive right now. On Saturday, he’ll be competing against another UK star, Dillian Whyte. Fury is now claiming this will be the final fight of his career and wants to end the fight via knockout.

Fury (-600) is massive for a heavyweight, yet moved like a man that weighs 100 pounds less. Whyte (+450) is a ferocious power puncher hungry to prove he can beat Tyson. This fight is drawing in major fan interest and will be taking place in Wembley Arena in London.

Many fans are excited to see Paul Butler competing this weekend, too. He is set to take on Jonas Sultan, who stepped in for John Riel Casimero on short notice. Bulter (+300) is a very solid boxer out of the UK looking to capture the WBO interim bantamweight title against Sultan (-400).

It’s a very exciting time for UK combat sports fans. Are you excited to see Ricky Hatton’s return to boxing? How do you think he will fare inside the ring? Let us know in the comments section below.