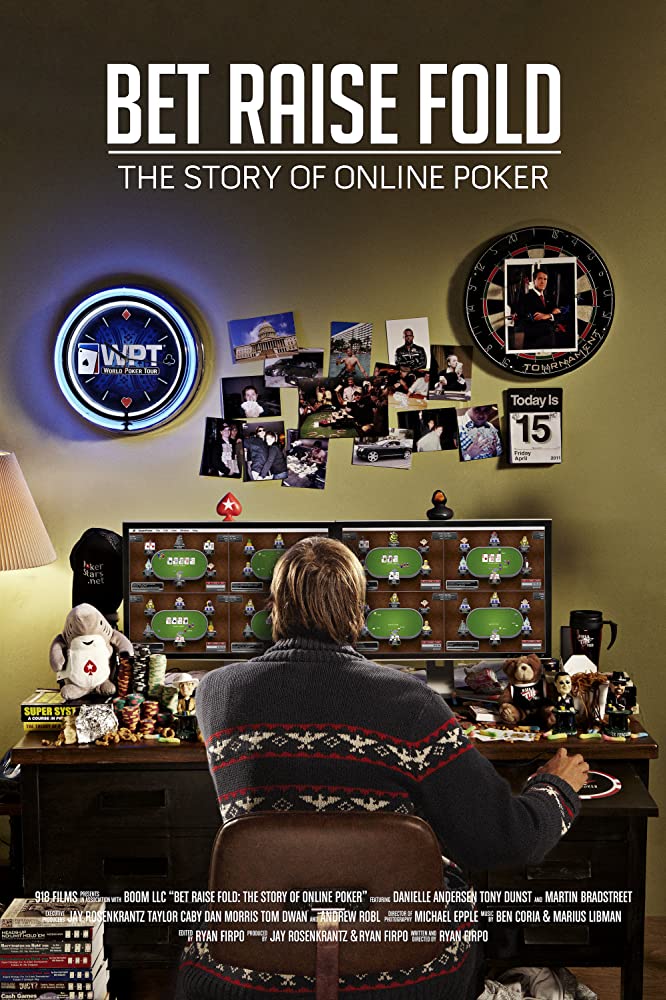 From Making a Murderer and Tiger King to OJ: Made in America and Jiro Dreams of Sushi, the past decade has seen a huge demand for documentary films and series. We just can’t seem to get enough.

But what documentaries are out there for poker fans to watch?

Here we’re going to take a look at some of the best poker documentaries that you can watch online today, and show you where you can watch them.

Victor Saumont’s Nosebleed was garlanded with nothing but praise on its release in 2014. This is a low-key, independent documentary made by someone who had been around the game for a long time, and Saumont’s familiarity and sensitivity to his subjects allowed him exceptional access.

The central characters are the professional French players Sebastien “Seb86” Sabic and Alex “Alexonmoon” Luneau, and the narrative is framed around their trip to Las Vegas for the World Series of Poker, which represents something of a diversion from their high-stakes online cash game norm. Sabic and Luneau quickly forget the camera is present as their journeys take a few unexpected turns. The result is a wholly authentic glimpse into the true ups and downs of professional poker players, the likes of which has never properly been captured before or since.

There are many great scenes in Nosebleed including Sabic and Luneau waiting patiently for their favourite opponent, Gus Hansen, to come online and sit at a table. Then one night in Las Vegas, we also wait patiently with them as they hang on a street corner hoping a limo will arrive and take them to party with their hero, Phil Ivey.

You can read an interview with Saumont about the making of the film, and watch it in full on YouTube (or below).

One of a kind: The rise and fall of Stu Ungar

Widely regarded as one of the best gin rummy and no limit hold’em players of all time, Stu Ungar was a true force to be reckoned with when he burst onto the scene in the late 1970s. He was said to be so good at gin rummy tournaments that several casinos asked him not to play them as other players refused to sign up if he was in the mix. He then switched to poker and a similar situation ensued.

As the title suggests, Ungar’s momentous rise in poker was matched with some crashing lows due to addictions and other bad habits, which Al Szymanski’s documentary tackles with class. With help from the likes of Mike Sexton and Nolan Dalla, One of a Kind gives us a fascinating glimpse at a poker legend who won the World Series of Poker Main Event three times and passed on far too soon.

The world of online poker was such a fast-moving place in the early 2010s that any wide-reaching documentary, or even a magazine article, was destined to be out of date before it was ever released. But the producers of Bet Raise Fold could never have quite imagined just how dramatically their subject matter would change during their reporting.

What began as a piece examining the global phenomenon of online poker — the hotshots winning millions on the internet; the surge in popularity of tournaments online and off; the spectacular advancements in strategies — was rudely interrupted by poker’s Black Friday, which pulled the rug from under it. The directorial trio were forced into a hasty pivot and needed now to look at what happened when all of that potentially ended overnight.

There’s tons of good historical context in the film, most likely produced before the seismic change in tone, and some excellent representative characters to carry the narrative. (Tony Dunst, Danielle Andersen and Martin Bradstreet are the central players.) Of course, there’s far, far more to this story than could ever be included in any single movie, but Bet Raise Fold is as close as we have to a complete document of a very strange time.

Like Ungar before him, Daniel Negreanu exploded onto the poker scene as the new, young hotshot, and it’s certainly a story deserving of a feature documentary.

KidPoker takes viewers on a revealing personal journey, beginning with Negreanu’s childhood in Canada, through his pool-hustling days in Toronto, and then his emergence in the high stakes poker scene in Las Vegas when he became, at 23, the youngest player to win a World Series of Poker bracelet.

Check out: The 10 best poker movies to stream during the holidays

A Kid’s Game: The Story of Online Poker

In this mellow production, we don’t get high-octane set pieces or earth-shattering revelations, we simply hear from a collection of the best online poker players of the time discuss exactly what it was like to be playing professionally during online poker’s “golden age”.

A Kid’s Game was made by Phil Galfond’s former training site, BlueFire Poker, and features stories that are enough to make anyone jealous if they weren’t playing back in the mid-2000s. Interviewees include Andrew Robl, Isaac Haxton, Shaun Deeb, Peter Jetten, Di and Hac Dang, and Alec Torelli.

“I was always pretty good at poker, but now I’m trying to make a living out of it.” Filmmaker Matt Gallagher finds himself attempting to turn what was once a profitable hobby into his principal source of income, playing poker not for glory or trophies but to feed his young family.

As Gallagher cruises around the underground poker clubs of his native Toronto — aiming to win “a couple of big hands” and come home with about $500 per night — he encounters a number of colourful characters, players and club owners, all with varying levels of ambition and self-delusion.

He also checks in with Daniel Negreanu, whose career started out in the same fashion in the same city, but whose grind took him way all the way to the very top of the game. Negreanu’s cameo aside, this is an unromantic view of a sub-section of the poker world, which went down pretty badly on its release. But these days you can view it as a fairly unusual period piece: these kinds of players did exist in great number during the boom years, like it or not, and this stands as a document to that.

All In: The Poker Movie

This film may seem a little dated now but it includes an impressive collection of interview subjects and a comprehensive overview of the game as it existed circa the early 2010s.

Directed by Douglas Tirola, All In originally had a limited release in 2009. But when Black Friday happened in April 2011 the filmmakers conducted additional interviews and reworked the film to incorporate that part of poker’s story. A wider release then came in the spring of 2012. If you watch the film today, you’ll see that’s the vantage point of the film which not only tells poker’s history including the rise of online poker but defends the game as a truly American pastime.

There’s a terrific, lengthy segment in the middle telling the story of Moneymaker’s run to the 2003 WSOP Main Event title, a standout portion of the film.