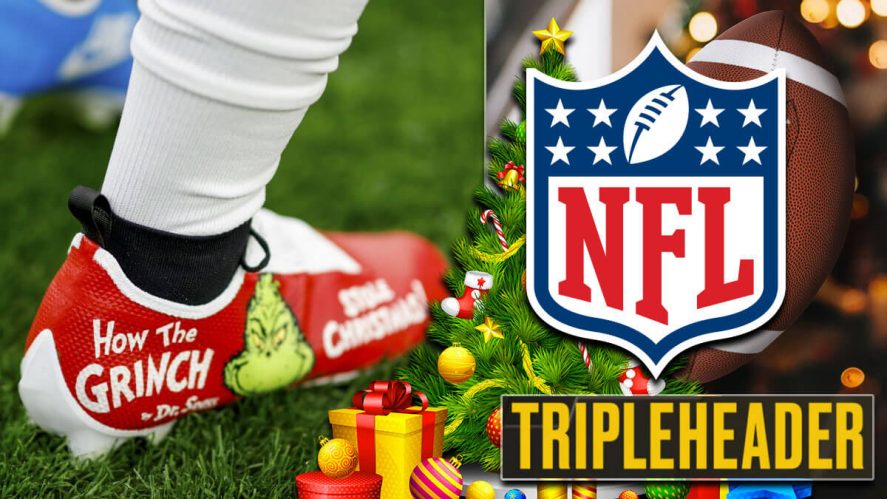 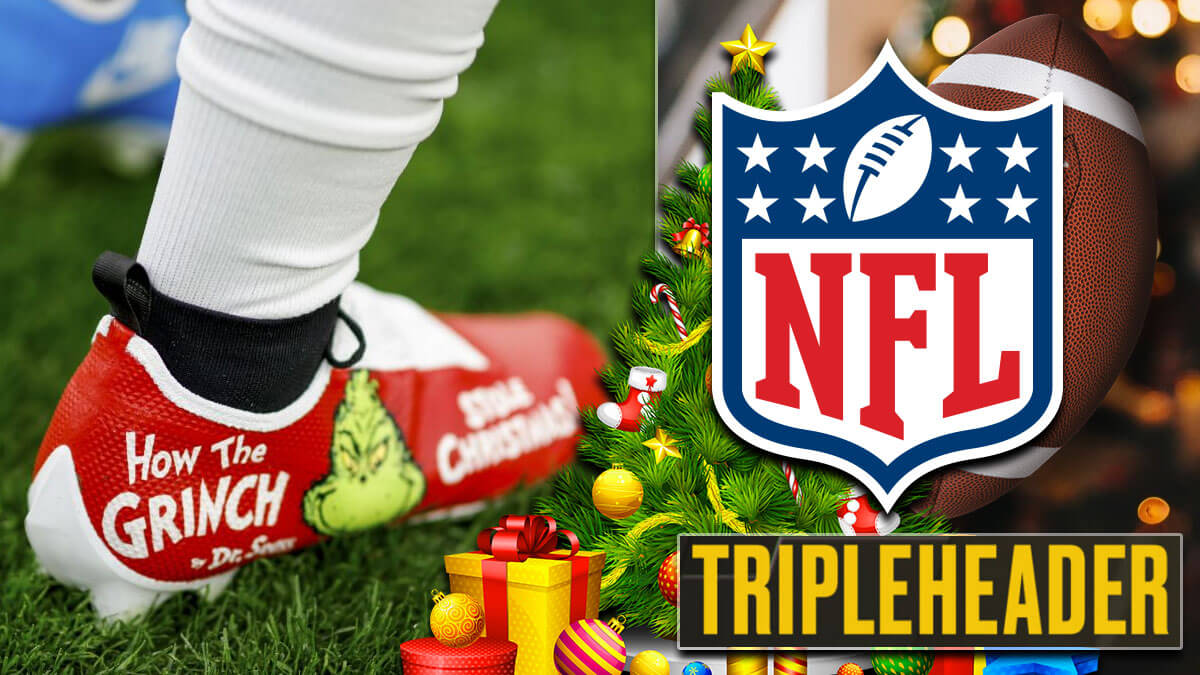 The 2022/2023 NFL season is set to begin on September 8.
Reports confirm that the NFL will host three games on Christmas Day.
The NFL’s Christmas triple-header is the first of its kind in history.

NFL fans will be in for a special treat this Christmas. New reports have just surfaced that confirm the NFL is planning to put on three games over the holiday. The NFL’s Christmas triple-header is the first of its kind and should draw major fan attention.

The upcoming 2022/2023 season is expected to be a fantastic one. Teams are working hard to form the best rosters possible leading into the season’s start.

Here’s what you need to know about the NFL’s plans over Christmas.

Information on the NFL’s Christmas Triple-Header is Coming Out

Months remain until the start of the 2022/2023 season. Football fans around the country are eagerly waiting for the preseason to begin. In the meantime, league officials are working to come up with concrete scheduling plans.

On Thursday, May 12, the official 2022 NFL season schedule will be released. Some information is already coming out, though. Reports surfaced earlier today that have confirmed the NFL will be putting on three games on Christmas Day.

The NFL’s Christmas triple-header is the first of its kind. NFL V.P. of broadcasting Mike North spoke about these exciting plans with the media this week. He expects it to be a major hit for both the league and fans around the country.

“We’ll play one game on CBS in the afternoon, one game on Fox in the afternoon, and our regular Sunday night game on NBC,” North said. “Christmas, when it falls on an NFL game day, we’ve had a lot of success there, all due respect to our friends at the NBA. When we can, we will find games for windows on Christmas.”

All signs point to this season being the most-watched in history. Teams continue to announce exciting trades and acquisitions. Below is a look back at some of the latest and biggest trades announced.

Looking Back at the Biggest NFL Trades Announced This Year

The NFL, like all other sports leagues, found itself in a very difficult position in 2020 as the pandemic was taking hold. It managed to bounce back in 2021 with a fantastic season from start to finish. Most expect an even more exciting season to unfold in 2022.

Many huge trades have already been announced leading into the next season. Perhaps the biggest was Tyreek Hill’s trade to the Miami Dolphins. The former Kansas City Chiefs star is ready for a change and will add some major firepower to the Dolphins’ offense.

The trade of Matt Ryan surprised some fans, too. Ryan has been acting as the starting QB for the Atlanta Falcons for years. In 2022, he will be playing for the Colts and is hungry to prove he is still one of the league’s best throwers.

Buffalo fans are growing more excited to see Von Miller rock the red and blue colors next season. He was traded from the Rams to Buffalo in a move that surprised many fans and analysts. Miller could be responsible for Buffalo entering the 2022 season as one of the Super Bowl betting favorites.

These are just a few of the changes teams have been making leading into the first round of games. So which teams are currently favored to take home the championship next year?

Months remain until the start of the 2022 NFL season. Despite that fact, a huge number of fans are already flocking to various online sportsbooks to bet on how the season will unfold. The most popular early NFL bets to make right now are on which team will win the 2023 Super Bowl.

BetOnline, one of the best online sportsbooks in the world, is already offering odds. This site is known for providing its members with a huge variety of fantastic odds for every team. These odds are providing fans with some big opportunities to win big.

As we mentioned already, the Buffalo Bills are coming into this game as the betting favorites with odds of +650. Buffalo has looked fantastic as of late, yet has been unable to earn a championship opportunity. The oddsmakers seem to feel this is the year that it happens.

The Tampa Bay Buccaneers are coming next in the odds at +800. This is at least partly due to Tom Brady announcing he will be returning next season, as opposed to his original plan of retirement. The Kansas City Chiefs are third in the odds at +1000.

Head over to BetOnline to see a full list of odds for every team!

Are you excited to hear about the NFL’s Christmas triple-header? Which team do you think will win the championship this season? Let us know in the comments section below!