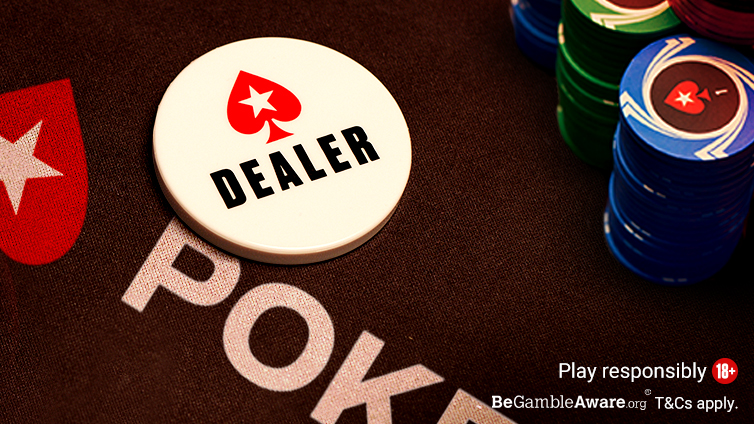 In Why Alex Beats Bobbie at Poker, UCLA math professor Duncan Palamourdas uses human psychology, game theory, mathematics and philosophy to explain how it is that some players, like poker pro “Alex”, consistently beat others, like recreational player “Bobbie”.

In Chapter 3 of the book, Palamourdas outlines three poker concepts that are essential to making profitable pre-flop investments.

Together, they form the Poker Trifecta.

Before we go any further and explore the Poker Trifecta in detail, it’s important to start to frame your poker decisions in a certain way. That is, as an investment.

“Alex thinks of her holdem hole-cards as her assets and her choice of whether to voluntarily be involved in the pot or not as her investment decision. We can think of the pre-flop action as the purchasing stage of her asset, while the post-flop segment is the managing/selling period, where all the profit can be realized.”

Remember, Alex is the pro and Bobbie is the recreational player. We can see that even before she starts to play poker, Alex’s way of approaching the game calibrates her for better decision making.

Let’s take a look at each of these concepts in turn using exerts from Why Alex Beats Bobbie at Poker by Duncan Palamourdas.

Position offers quite an obvious strategical advantage in poker, and this advantage should never be underestimated. Here’s how Palamourdas puts it.

Position is the relative order of action after the flop. Starting with the small blind and ending with the button, the later someone is forced to act, the better their position.

Why does it matter who will act last for the rest of the hand? One word: Information. The player who acts last gets to see what their opponents did before them. This allows them to incorporate that new information into their strategy.

For example, say that Alex has position on Bob and we are on the river. Alex can wait patiently and see Bob’s action before she makes a decision. If Bob checks, she has the choice of checking back and going to the showdown with her medium strength hand. Alternatively, if she so desires, she can bet the river either to make Bob call with a worse hand (value), or to force him out with a better hand (bluff). Either way she is in full control. Moreover, if Bob bets the river instead, she again has a choice between folding, calling and raising. However, she will now have the extra information that Bob did not check and thus his hand is likely, and on average, the stronger! The bottom line is that she will make a much more informed decision than Bob could.

Being out of position is a truly inescapable and costly disadvantage! In other words, even if Alex and Bob were of equal skill, Alex would still make money from Bob if she combined all the pots in which she had position on him. Similarly, Bob would make (an equal amount of) money from Alex in all pots where he had position on her.

Initiative refers to the advantage gained by being the last player to take aggressive action. Aggressive action refers to a bet or raise, rather than passive actions of calling of checking. ‘Why Alex Beats Bobbie at Poker’ encourages you to think about betting as a conversation.

Initiative goes to the person who makes the last aggressive action. For example, if Alex raises to $30 before the flop and Bob calls the $30, Alex has the initiative pre-flop. Similarly, if Bob raises to $30, Alex makes it $100 and Bob calls, then again, Alex has the initiative. In both cases Alex was the one who determined the price of the round.

The importance of the initiative is huge but it is also subtle. Its potency lies in the “story” that an aggressive action is trying to tell. If the bets could talk, they would probably have a conversation that went something like this:

Alex’s bet: I see that Bob probably has an above average hand but I don’t care. My hand is better than the average good hand, so I am not afraid to go to $100 instead.

Bob’s bet: Ok, now I am a bit scared. Maybe my hand is not as good as I thought it was. But it’s still pretty good, so I guess I’ll settle for $100 and see what happens.

The most important factor in the above exchange lies in what Bob did not do, not in what Alex did. That is, Bob declined to increase the wager further, despite being given the chance. This is not so much an indicator that Alex has a super-strong hand (although she might) but rather that Bob cannot have one! If he did, why did he not put more money in to get value from his hand and to protect against Alex out-flopping him?

This is a concept known as a capped range. After calling Alex’s bet, Bob on average can no longer have some of the strongest holdings like: A-K, Q-Q, K-K or A-A. If he did, he would probably have re-raised seeking to win as much money as possible.

Bob may get tricky with a hand like A-A from time to time and just call with it. But he shouldn’t do that very often or else he will be missing too much value while giving away too many free cards to Alex allowing her the chance to catch up with her inferior holdings.

In that sense, Initiative, like position is much more than just “theatrics.” It is an innate property of the game that leads to an a priori advantage, before any other assumptions. This is to say that even if Alex and Bob were playing each other with otherwise identical strategies, except for the fact that Alex was getting the initiative more frequently than Bob, Alex would make money off Bob in the long run!

Hand strength is the final consideration in the Poker Trifecta

The final piece of the Poker Trifactor outlined in Why Alex Beats Bobbie at Poker is card strength. That is, whether our hand is likely to be ahead of our opponent’s range of hands.

One player has card advantage over another if the hole-cards of the former are better than the average holding of the latter.

Unlike the other two innate pre-flop properties of the Trifecta, card advantage is not an absolute metric. That is, not all card advantages are created equal. This means that sometimes Alex’s holding will be well ahead of Bob’s range (strong card advantage), while other times she may only be marginally ahead (weak card advantage). Then there will be times that Alex will be behind Bob’s range (card disadvantage).

But the bottom line is: The more holdings in Bob’s range that are worse than Alex’s cards, the stronger the card advantage is for Alex.

How does Alex ensure she has card advantage over Bob? Harder yet, how does she guarantee card advantage against the entire table? It does not seem easy at all. This is actually a very legitimate concern. There is a simple resolution but it is not pretty. Alex would have to FOLD pre-flop in a lot of scenarios. There is a price for everything and the price for having the better hand when involved in a pot is to get out of the way when she does not. And that will happen a lot!

Every time Alex faces an aggressive action before the flop, her starting hand requirements should go up. This is due to the Principle of Relativity. The idea is that, on average, a raise/bet is scarier than a call/fold. This means that, when someone bets or raises before the flop, they represent an above average hand. Alex must account for that and adjust her perceived ranges accordingly and to the upside.

Identify or estimate the worst hand that Bob would take a certain action with (like open- raising to $30 from early position).

Assume that he is playing everything better than his worst hand.

Look for outliers, hands that he particularly likes even though they may be really low in the profitability ranks (hands like A-2o) and add those to his range.

Play back at him with the top half of that range (and thus with card advantage).

Clearly, there is more to poker than just the Trifecta. No matter how well Alex masters it before the flop, she still has three more streets of poker to play post-flop. Having said that, not only does the Trifecta show three incredibly important innate properties of the game (which are also useful post-flop), but it is also an incredible predictor of who is going to win the pot!

Certainly, depending on how big the skill differential is between the players, some stronger players may correctly elect to sacrifice pieces of the Trifecta to be involved in a pot with weaker players. Interestingly
enough though, the part that it is often sacrificed in those cases is card advantage. Not unlike a shark with impaired vision, but also with extra heightened senses of hearing and smell, the pro player uses the full potential of position and initiative to compensate for their card disadvantage.

You can order the book directly from the publisher here or from amazon.

You can follow Duncan on twitter @AskTheMathDr. If you enjoyed the article, you can find similar articles like this on PokerStars, Upswingpoker, PokerNews, and Card Player.

*Exerts used in this article have been edited for length. The book itself contains more elaborate explanations of each concept and the Poker Trifecta is a whole.