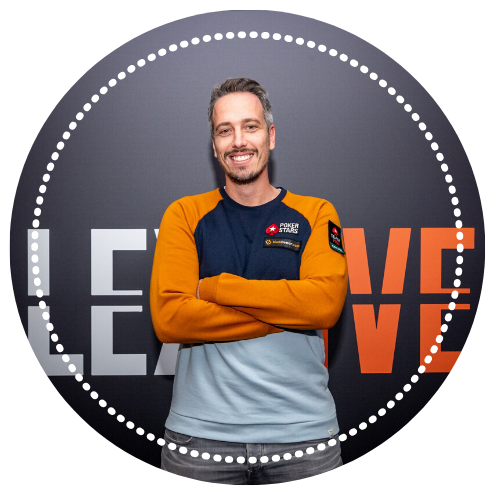 Twitch poker has boomed in popularity over the past several years and with good reason, too.

Long gone are the days of waiting for a new episode of a poker TV show to drop as today we can simply head onto Twitch and tune into one of the many poker players streaming their sessions. On the PokerStars 247 channel, we can even watch classic PokerStars coverage from the European Poker Tour (EPT) and PokerStars Big Game around the clock, whenever suits you.

We recently wrote about the origin and later growth of televised live poker as well as its subsequent move toward poker streaming, as well as an all you need to know about Twitch poker and Twitch streaming, so check those out if you’d like to learn more.

But who are the top poker streamers on Twitch today? Here we’ll list some of the biggest and best poker Twitch streams out there, and where you can find them.

He’s the biggest streamer in all of Twitch poker, and arguably the best to ever do it.

Lex ‘L. Veldhuis’ Veldhuis delivers on the biggest stages in online poker, and he’s built a community so loyal and welcoming that several times a year they fly halfway across the world to hang out with each other.

On May 19, 2020, he even set the record for the most viewers to ever watch a single poker broadcast on Twitch. Lex’s channel peaked at 58,799 viewers, which not only broke records for the poker directory but also resulted in him being the number one most watched stream on the entire Twitch platform.

As he plays a lot of the high stakes events, Veldhuis’ stream is where you want to be if you’re looking to learn and take your game to the next level. Lex recently finished second in a $10K WCOOP PKO High Roller for $172K and the biggest score of his illustrious career.

Known the poker world over as simply “Spraggy”, Benjamin Spragg is a two-time World Championship of Online Poker (WCOOP) champion. A Twitch poker superstar. One of the funniest streamers out there. You’ve seen his tracksuits, right? If you like your humour drier than a Q♣7♦2♠ flop, Spraggy is your guy.

He’s pretty damn good at poker too. Spraggy has wins in the $530 Bounty Builder and other high-stakes tournaments under his belt and regularly streams his play from some of the toughest online tournaments running.

This guy is getting better every year.

In 2019, Fintan “easywithaces” Hand recorded his best poker year to date, headlined by a deep run in the $5,200 WCOOP Main Event for a huge $50K score. In 2020 he bettered the previous year, winning his first Spring Championship of Online Poker (SCOOP) title for $73K, then in 2021, he smashed that result too. Hand took down a $5K PKO High Roller for a massive $232K and his second SCOOP title.

For dad dancing, DJ sessions, and finger wags, make sure you tune in to watch easywithaces pump it up.

As one of the OGs of Twitch poker, Parker “Tonkaaaa” Talbot is a hugely popular streamer who has been battling at the high stakes for years, despite claiming to be “Never Lucky”.

We could be here all day listing his tournament results, but recent highlights include a $261K score in the Blowout Series in 2020 and winning his second WCOOP title in 2021, good for $108K.

Talbot is simply one of the most skilled and accomplished poker players streaming on Twitch today so you’re guaranteed to learn a lot from watching him.

Streaming from his RaiseYourEdge account, Benjamin “Bencb” Rolle is a high stakes crusher of the highest calibre and he plays the highest stakes imaginable, often buying in for $200K worth of tournaments in a single day.

As the founder of Raise Your Edge, he’s also an excellent poker teacher who both educates and entertains on his streams. With millions in career earnings, he’s simply a beast.

While the Europeans are asleep, Arlie ‘Prince Pablo’ Shaban is often found hard at work on PokerStars and Twitch, where he plays the evening schedule in Canada.

If you’re in the mood for some high-energy streaming, Shaban’s the man.

If you’re a German speaker and you’re reading this blog post, you’ll no doubt already be familiar with Felix ‘xflixx’ Schneiders. If you’re an English speaker and you haven’t checked out his stream, you’re missing out. This guy does it all, with style.

The ability to switch from German to English (depending on his audience size) means Xflixx can provide a small community feel whilst playing in front of a big crowd.

If you’re a mixed game aficionado who only tunes in to watch No Limit Hold’em when the stakes are high, Mason ‘Pyefacepoker’ Pye will be the streamer for you. He’s a mixed game specialist grinding his way up on PokerStars, but he occasionally switches to two-card poker.

Pye took down his first SCOOP title in 2021 with a victory in a $109 Stud event for $6,729, and put on an excellent performance in the $25K NLHE WCOOP High Roller (which also produced one of the sickest bad beats of all time).

Now, if you’re looking for something a little different than the poker streams you’ve seen in the past, then Tom ‘MajinCast’ Hayward is your guy.

Throughout his streams, Hayward somehow manages to drop on-the-money pop culture soundbites, distort his camera in insane ways, and even insert himself into Joe Rogan podcast interviews, all in real-time, while ensuring the poker remains the focal point.

His career highlight came in August 2021 when he took down the Sunday Million for $53K live on Twitch.

Arguably poker’s most innovative streamer, the New Zealander is even inspiring the likes of Lex Veldhuis. “His use of technology is insane,” Veldhuis told us. “He’s incredible, and he’s teaching me a lot about that stuff.”

Since joining the PokerStars team of streamers back in April 2019, Georgina ‘GJReggie’ James has become a champion of micro-to-low stakes grinders. While that means she doesn’t often play for the biggest bucks on offer, it does mean that viewers can work their way up the stakes alongside her, and even play at the same tables more affordably.

GJReggie co-hosts a stream on the PokerStars central channel with pyefacepoker and her channel continues to grow.

Often found playing the morning schedule in Europe, Lasse “Wistern” Jagd Lauritsen is a low-to-mid stakes grinder who puts in a ton of volume. He’s been streaming on Twitch and interacting within communities for longer than most realise and lately he’s been dabbling in higher stakes than ever.