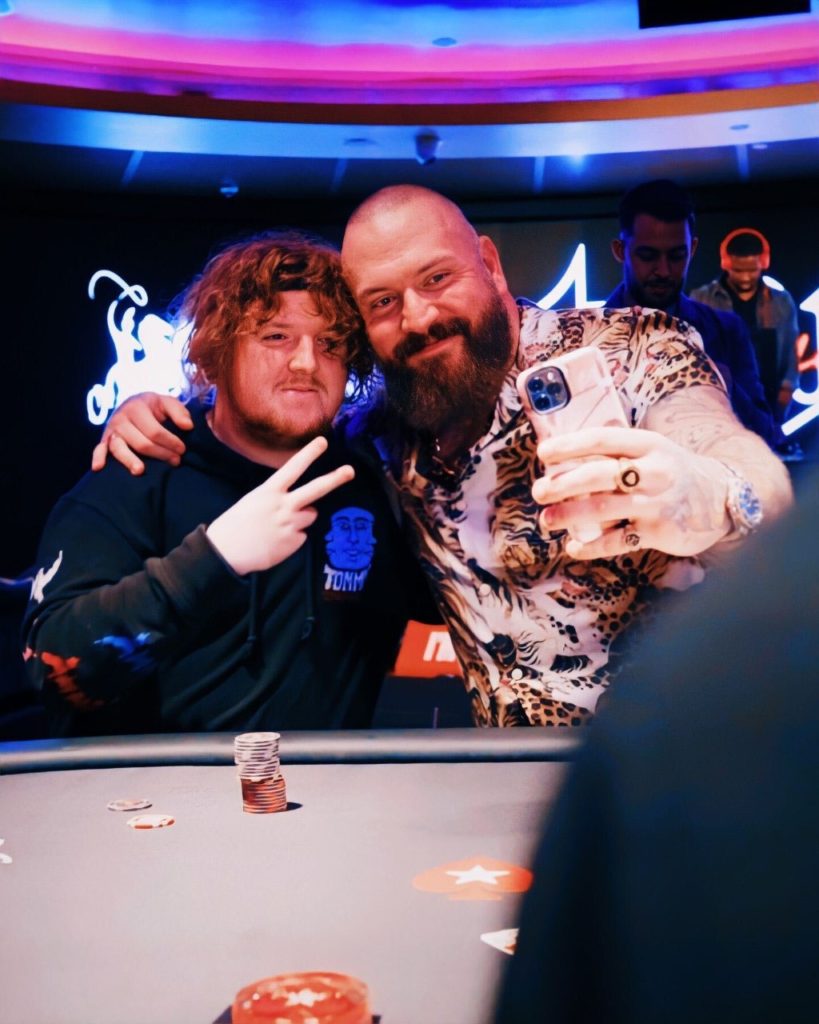 Brian Davis, or True Geordie as he is better known online, is a content creator with nearly 2 million subscribers. He started off his career ranting about his favorite football team, Newcastle United, and is now known as one of the most respected interviewers on YouTube.

In 2020, True Geordie formed a partnership with PokerStars, greatly escalating his love of the game. Since then, he’s produced some seriously classy and hilarious poker content, even hosting his own home game streaming show, The Showdown.

In 2021, True Geordie took his involvement with poker to new heights, hosting his first ever live event in collaboration with PokerStars, allowing dedicated Twitch fans to get involved with the action. The first event proved a huge success.

We’re delighted to announce then, less than one year later, that True Geordie is returning to the Hippodrome for his second PokerStars live event collaboration, July 14.

Fans of True Geordie’s Twitch stream competed in two special home games hosted on PokerStars. Players who qualified in these games won tickets to the upcoming event, where they will have the opportunity to meet and greet True Geordie, and to sit down at the poker tables with the man himself.

True Geordie isn’t the only famous face that will be at the Hippodrome for the event. PokerStars ambassadors will also be joining the mix. Fintan “easywithaces” Hand, Mason “Pyefacepoker” Pye, Lasse “WisternJL” Lauristen, and Felix “_xflixx_” Schneiders are all set to be there.

After an opening on the casino’s stunning Upper God Terrace, players who need to learn the basics will have the chance to take part in ‘how to play’ lessons. Then, it’s time for the free-to-play Shootout tournament, where players can win significant bounties for knocking out PokerStars ambassadors and members of True Geordie’s team.

The final table will feature True Geordie himself, who will have a very special bounty on his head. It’ll be hosted by legendary PokerStars commentator James Hartigan. The top three players will win cash prizes, and the overall winner will also take home an exclusive trophy.

It’s not just poker. There’s going to be food, drinks, and a DJ it dance the night away. It’s going to be a right good laugh. Wey-Aye man.

A word from True Geordie

“Poker is an amazing way that I can connect with my fans like never before and the event in London is the culmination of a packed schedule of market-leading poker content that we’ve produced on True Geordie channels.” said True Geordie.

“Working with PokerStars is an absolute honour and I can’t wait to see my fans in person and share a laugh with some friendly competition at the Hippodrome.”