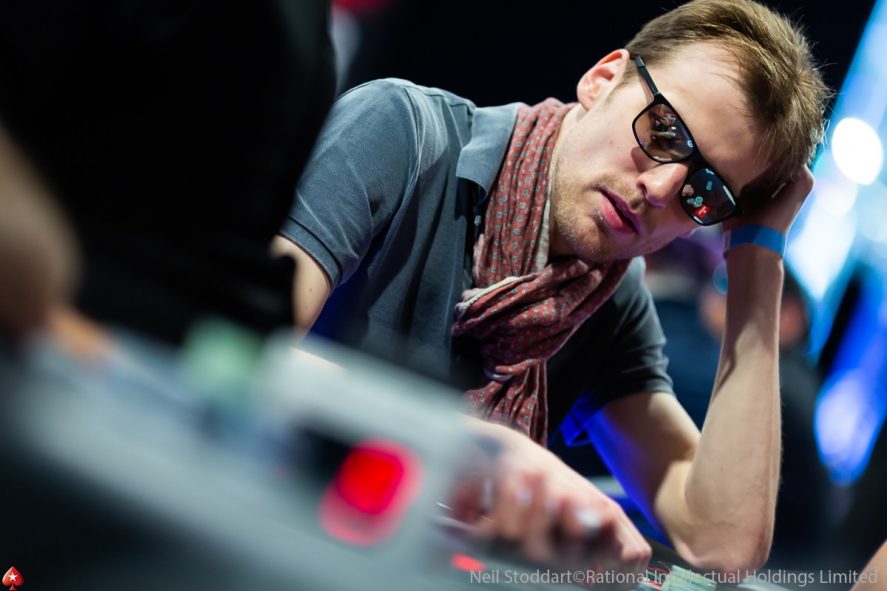 Catching up on another couple of days in Winter Series on PokerStars, where there have now been nearly 1 million entries through more than 200 tournaments.

Vogelsang was on home turf against Neymar

Vogelsang denies Neymar: Brazilian soccer player Neymar Jr came into Wednesday night’s final table of the $10K Winter Series High Roller as chip leader, with only one other player anywhere near him in the counts. It just so happened that that “other” player was Christoph Vogelsang, who is to poker what Neymar is to soccer. While there’s no doubt Neymar would comfortably win a penalty shootout against Vogelsang (even with his current ankle injury, most likely), the poker tables are Vogelsang’s home turf and it was the UK-based German who prevailed in this one. Vogelsang, playing online as “26071985”, won $224,025, and defeated Christian “WATnlos” Rudolph heads up. That was after Neymar’s run finished in third, a second podium finish for the footballer, but crucially still not a title.

Two up for Schemion: There were familiar faces throughout a small, 44-entry, $1K HORSE tournament, which concluded on Thursday night, and from which Ole “wizowizo” Schemion won his second Winter Series title of the year. Schemion cut a heads-up deal with Patrick “pads1161” Leonard, who was also in line for a second title. Though Leonard had to make do with second, he took the most prize money. Leonard won $16,091 to Schemion’s $14,909, but it’s the latter who is the latest double champion, after they played it out.

On the subject of double champions: Russia’s “Alex Shepel” and “BCE_MOE_05” both added their names to the roll call of Winter Series two-timers with victories on Thursday. Alex Shepel’s second came in Event 84-H, a $1K 8-Max turbo, where there were 200 entries. Five of those entries came from Alex Shepel, but the re-entry frenzy proved to be money well spent as he picked up $39,138. Earlier in the series, the same player won a $530 buy-in PKO turbo for $30,756, including bounties. BCE_MOE_05 won the $530 buy-in 7-Max hyper turbo PKO, which came with a $41K payday (including bounties). Earlier in the series, BCE_MOE_05 won a $1K turbo for $35K.

Click for Winter Series results so far and schedule to come

LumiMies 1-2: On Wednesday night, Finnish players made their presence known in the Winter Series when the blue and white flag appeared at the top of the payouts in both the low and medium buy-ins of Event 74 – NLHE 8-Max tournaments. In the $11 buy-in, “LumiMies” picked up $15,282 for the win, but what was even more notable was the fact that the same player was heads up for the medium title too. In that one, with a $109 buy-in, LumiMies finished second for $24,542, losing out to countryman “yipyiphupbup”. A first and a second in the same event on the same night is always a fine achievement, and there were 12,108 and 2,332 players in the respective events, underlining how hard this kind of thing is.

Brazil has opened up a ten-title cushion at the top of the countries leader board, with Russia’s challenge no match for the dominant South Americans.